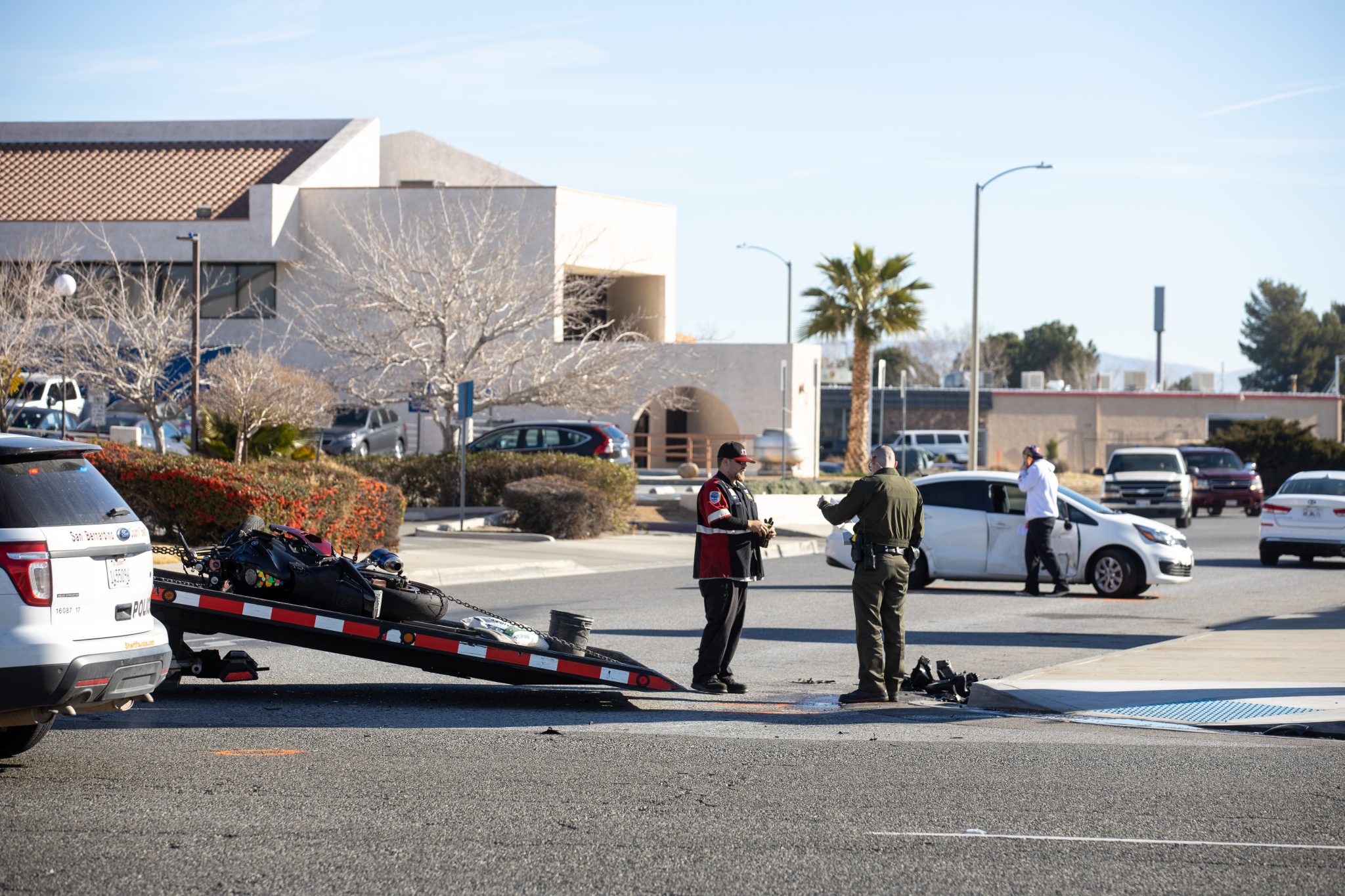 UPDATE 1/23 – Sheriff’s spokeswoman Mara Rodriguez said the driver of the Kia was westbound on Ramona and stopped at the intersection of Kentwood. “They reportedly looked both ways and the roadway was clear. As they pulled out they heard a loud crash and the motorcycle collided into the front passenger door of the Kia,” stated Rodriguez.

VICTORVILLE, Calif. (VVNG.com) — A motorcyclist critically injured in a crash Thursday morning was airlifted to a trauma center.

It happened at about 8:46 am the intersection of Ramona Avenue and Kentwood Blvd in Victorville and involved a burgundy 2005 Yamaha YZF-R6 and a white four-door sedan.

The call was initially reported as a vehicle versus a pedestrian, however, when Victorville City Fire arrived they determined the person injured was a downed motorcyclist.

Firefighters requested an airship to fly the rider to an out of area trauma center. The patient was rushed to Victor Valley Global Medical Center where a Mercy Air helicopter was waiting to transport.

The rider was rushed inside the emergency room before being airlifted.

This is a developing story, additional information will be updated as it becomes available.