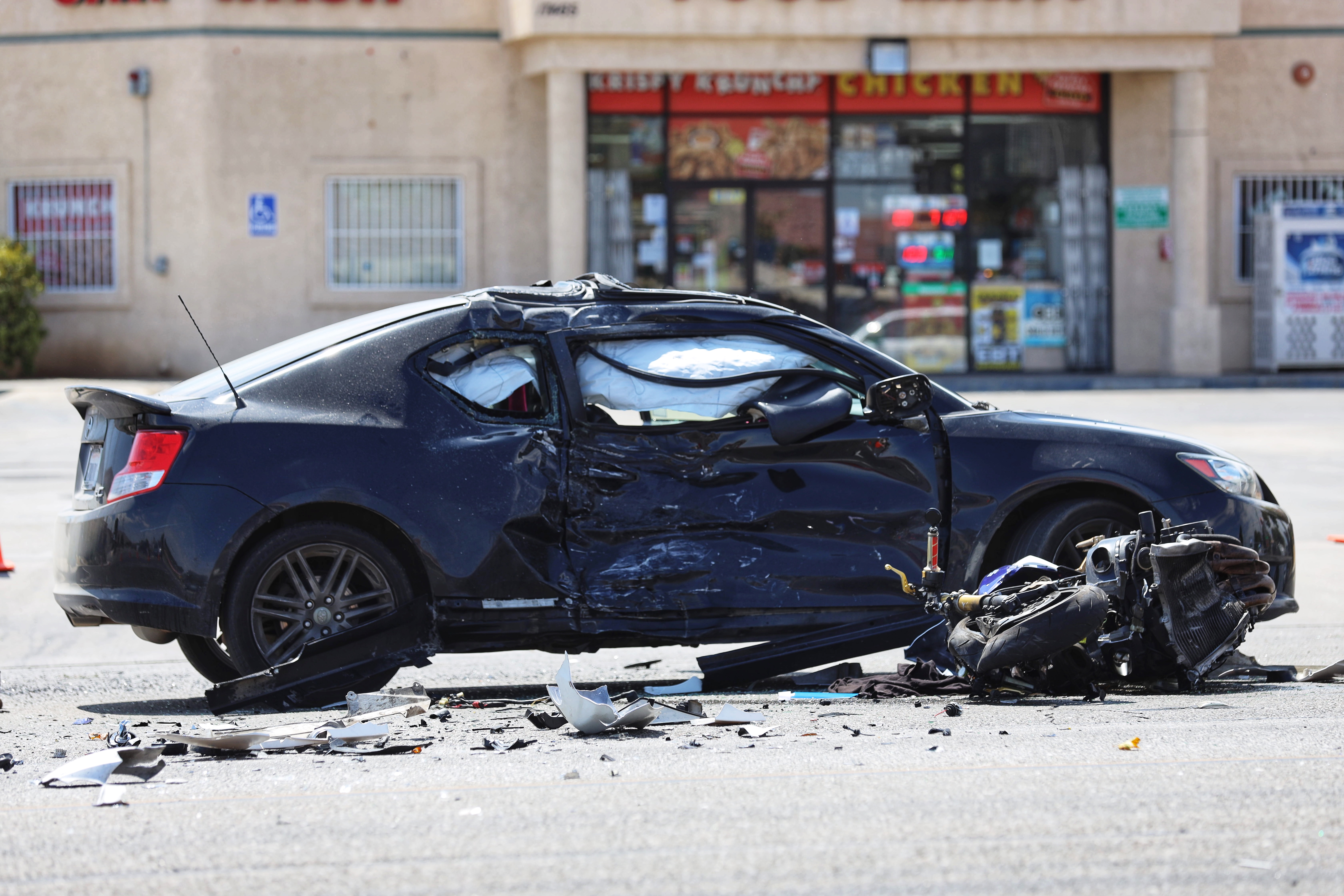 HESPERIA, Calif. (VVNG.com) — A motorcyclist was critically injured in a crash on Labor Day Monday in Hesperia.

It happened at about 11:38 am near the intersection of Main Street and I Avenue.

For reasons still under investigation, a street bike and black Toyota sedan collided near the driveway of the 76 gas station.

Firefighters from San Bernardino County Fire requested a medical helicopter to airlift the rider to a trauma center.

The rider was being transported to the Hesperia Airport when a change in condition prompted paramedics to instead rush him to the emergency room at Desert Valley Hospital. The helicopter was put on stand-by for a short time and at this time its unknown if the rider was airlifted.

The female driver of the sedan who was wearing medical scrubs remained at the scene and cooperated with police during the investigation.

Eastbound traffic at Main Street will remain shutdown between I ave Camphor for several hours while the Major Accident Investigation Team processes the scene.

The official cause of the accident is under investigation by the Hesperia Sheriff’s Station.