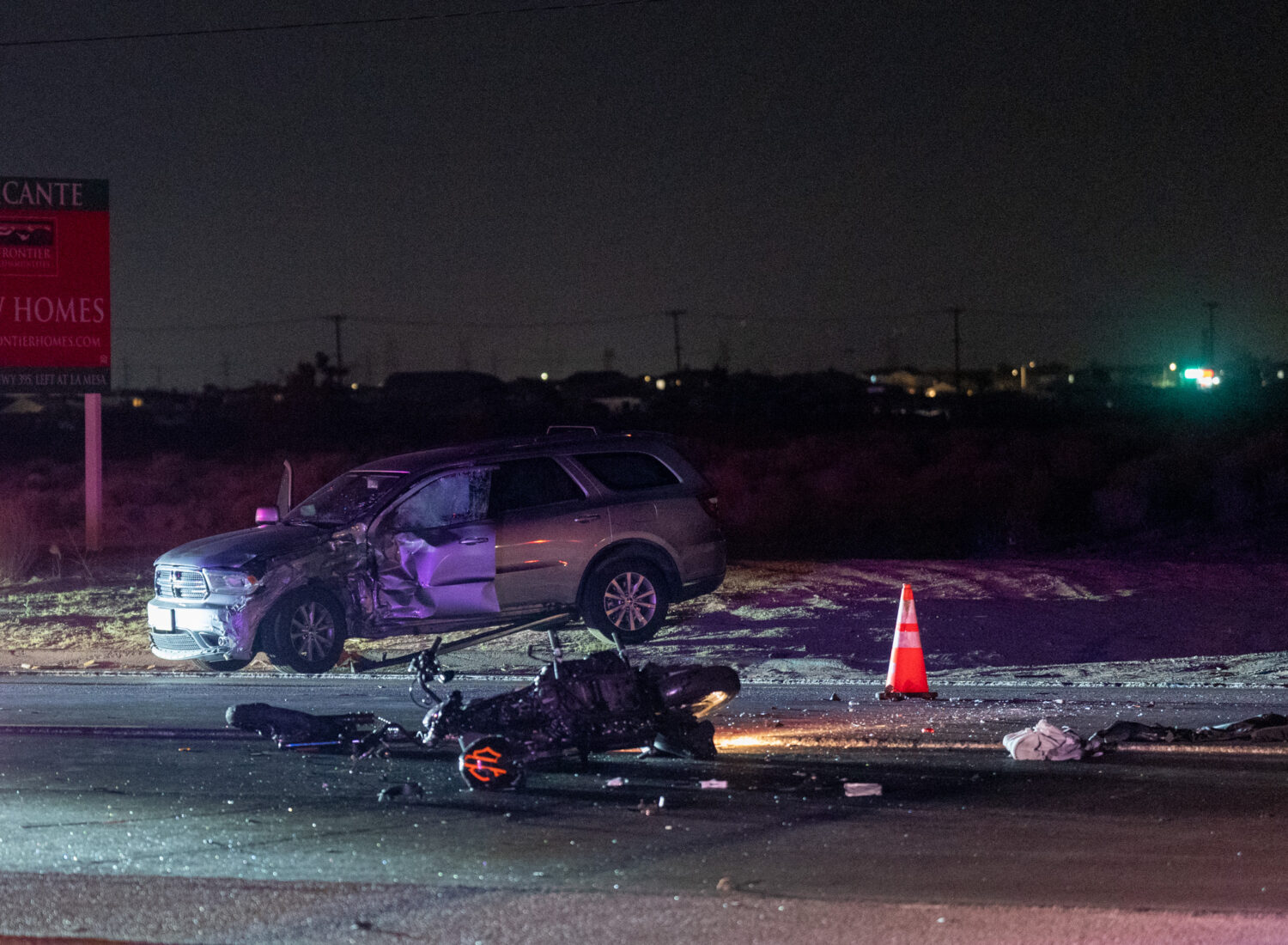 UPDATE 4/27 — Sheriff’s officials confirmed the rider was pronounced deceased at the hospital and the driver of the SUV left the scene of the accident.

ADELANTO, Calif. (VVNG.com) — A motorcyclist was critically injured after crashing with an SUV Wednesday night in Adelanto.

San Bernardino County Firefighters responded and requested a helicopter to airlift a critically injured patient. The request was canceled due to the patient requiring CPR and was instead transported to a local hospital.

CalTrans crews have arrived to assist with a hard road closure of Palmdale Road between the Stater Bros shopping center and Jonathan Street.