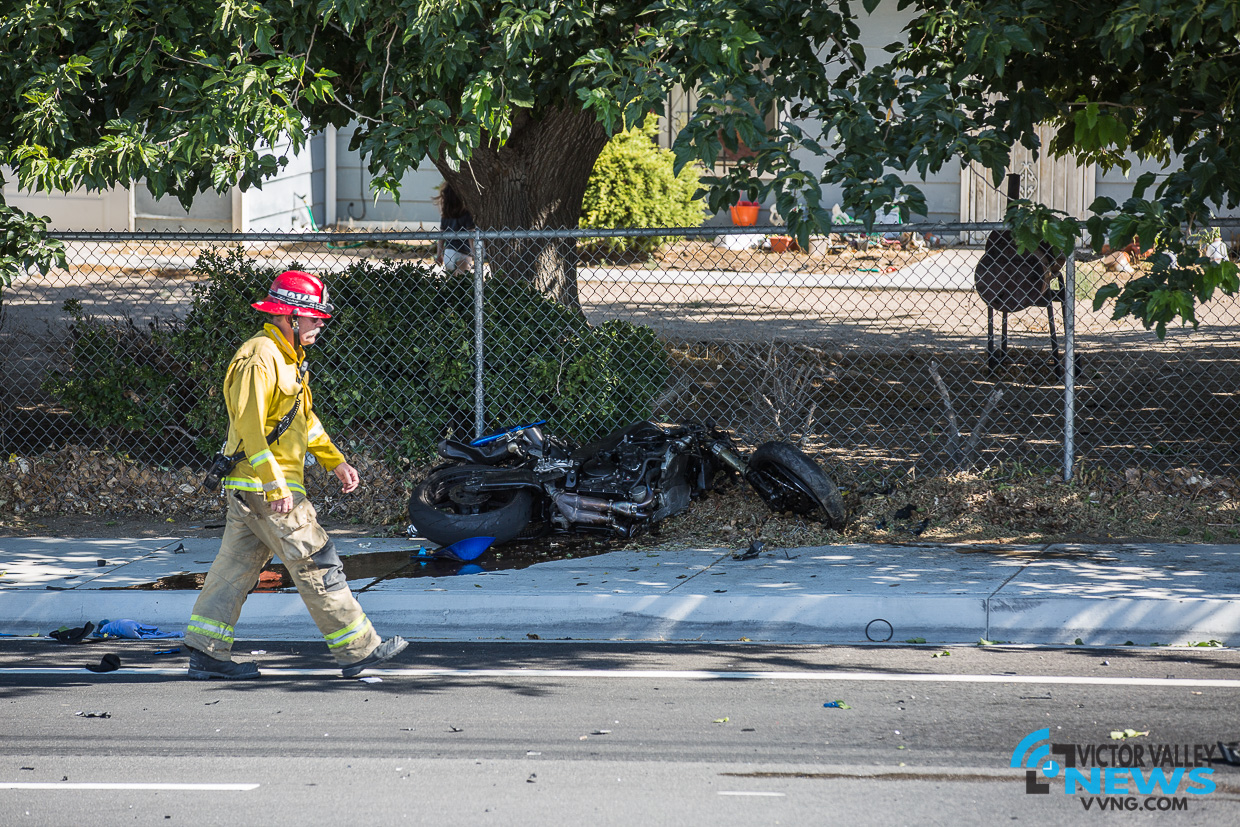 The collision involving a green Altima and a black and blue street bike was reported at 3:35 pm, in the 15500 block of Nisqualli Road, east of 11th Avenue in Victorville.

According to a deputy at the scene, the vehicle was traveling westbound and the motorcycle was heading eastbound. The vehicle attempted to make a left hand turn into a driveway of a residence on Nisqualli Road and crossed into the path of the motorcycle, officials said.

The rider was ejected from the bike and sustained life-threatening injuries.

“The car waited for the eastbound light at 11th Avenue to turn red and for traffic to clear before it turned,” Patsy Florez-Gomez, a passenger of the Altima, told Victor Valley News. “There was no time to react, that’s how fast the bike was going.”

Firefighters with San Bernardino County Fire requested an airship to transport the patient to a trauma center. The helicopter landed in an empty dirt lot near the scene of the accident.

Deputies at the scene administered a field sobriety test on the driver of the vehicle who appeared to be cooperating with authorities during the investigation.

Nisqualli Road was closed at 11th Avenue for approximately 2 hours.

At this time the official cause of the crash remains under investigation. 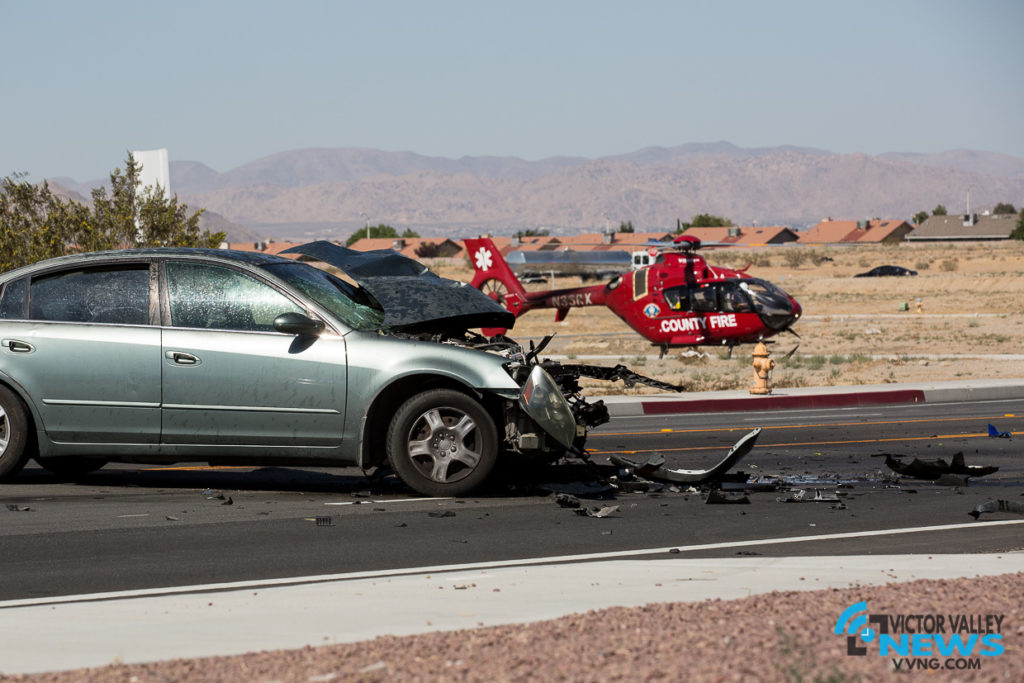