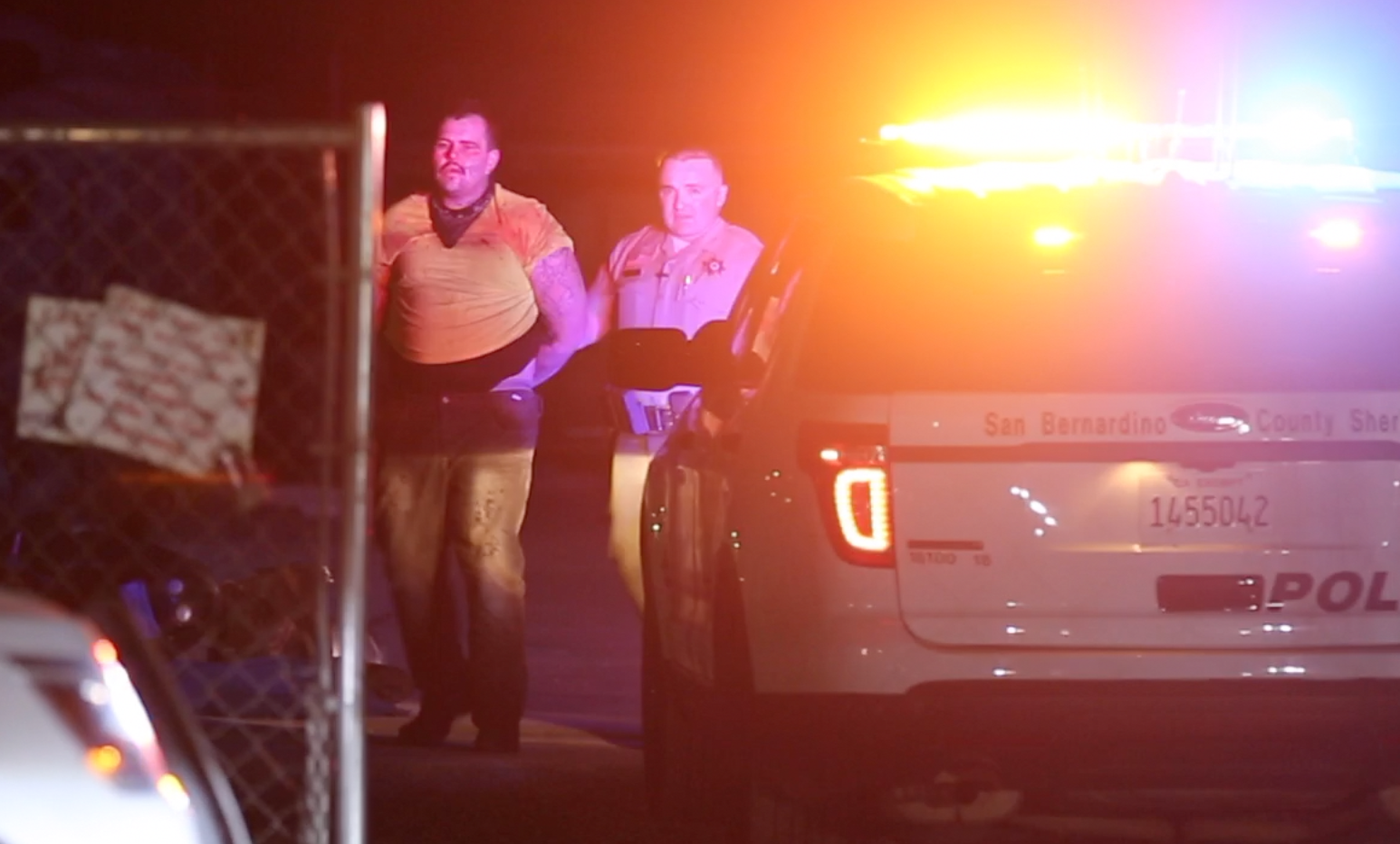 At approximately 9:00 p.m. a deputy with the Apple Valley Sheriff’s Station attempted to pull over a male adult that was driving recklessly.

The pursuit initiated after the rider on a black street bike failed to yield near Highway 18 and Central Road.

The suspect, identified as Thomas Barnett, 32 of Apple Valley, blew through several stop signs at speeds reaching 75 miles per hour taking deputies up and down the highway.

10 minutes later the pursuit terminated when Barnett turned southbound on Valley Drive and crashed his 2002 Suzuki bike in a tire shop’s parking lot.

Barnett attempted to hide from deputies but was captured moments later.

Barnett was treated on scene for minor injuries sustained during the accident and was then placed in handcuffs.