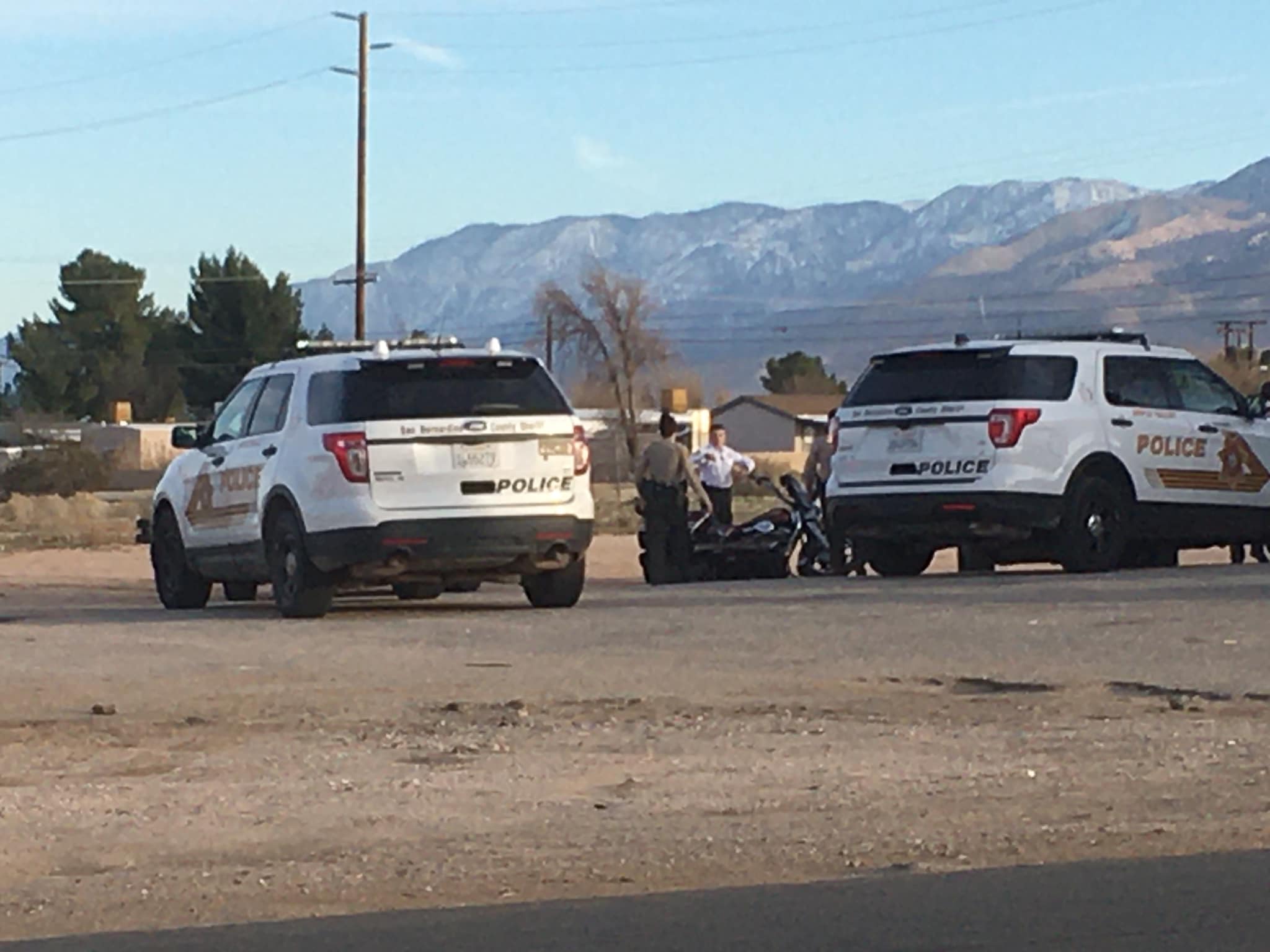 It happened at about 3:44 pm today at the intersection of Kiowa and Bear Valley Roads when a deputy attempted a traffic stop on a motorcycle that failed to yield.

The rider drove reckless and refused to stop before crashing near the intersection of Central Road in Apple Valley.

The suspect was identified as Matthew John Borgens, a resident of Apple Valley. He was booked for Failure to Yield and the two outstanding warrants, one for DUI of a watercraft and a suspended license.