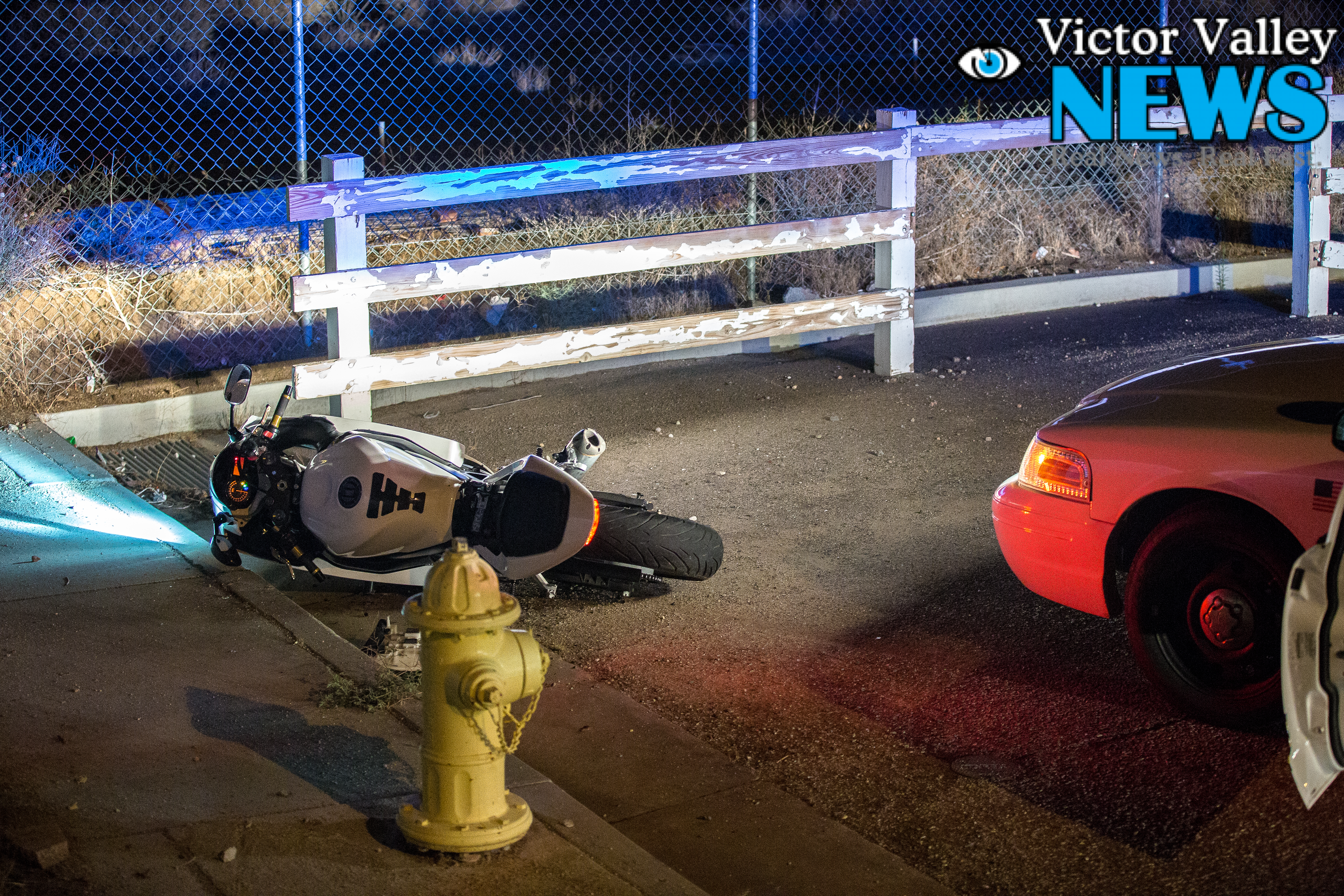 HESPERIA:(VVNG.com)- A high-speed traffic pursuit ended Tuesday night in Hesperia when a motorcyclist crashed while fleeing police. Bobby Gene Turner, 40, a resident of Hesperia, was arrested after he led deputies on a reckless and dangerous pursuit that lasted 19 minutes and covered over 21 miles.

On Tuesday, July 21, 2015 at approximately 12:12 a.m., a deputy of the Hesperia Station attempted a traffic stop on a 2005 750 Suzuki GSXR motorcycle in the area of Willow St. and Third Ave., in the City of Hesperia. The motorcyclist failed to yield and fled at a high rate of speed.

According to authorities, the pursuit traveled northbound Hesperia Rd., to D St. in Victorville where the suspect then drove throughout Victorville until he came to Main Street. During this pursuit, the rider was often driving on the wrong side of the road at a high rate of speed, not yielding for stop signs or traffic lights. The suspect entered the I-15 fwy on the southbound lanes, but driving northbound against oncoming traffic. He did a u-turn in the middle of the fwy, and headed southbound, exiting at Main St. Turner continued through Hesperia until he came to Julianne Ave., that dead ends.

Turner lost control of his motorcycle causing him to crash. He abandoned his motorcycle as deputies from Hesperia and Victorville arrived on scene. Turner did not comply with deputy’s commands and resisted arrest.

Suspect Bobby Gene Turner, who was driving on a suspended drivers and a violent career criminal, is suspected of fleeing from many local agencies. His involvement in these pursuits is currently under investigation. Deputies located 4.2 grams of methamphetamine on Turner’s person. Turner was arrested and booked at HDDC on charges of PC2800.2- felony evading and HS11378-possession of narcotics for sales.