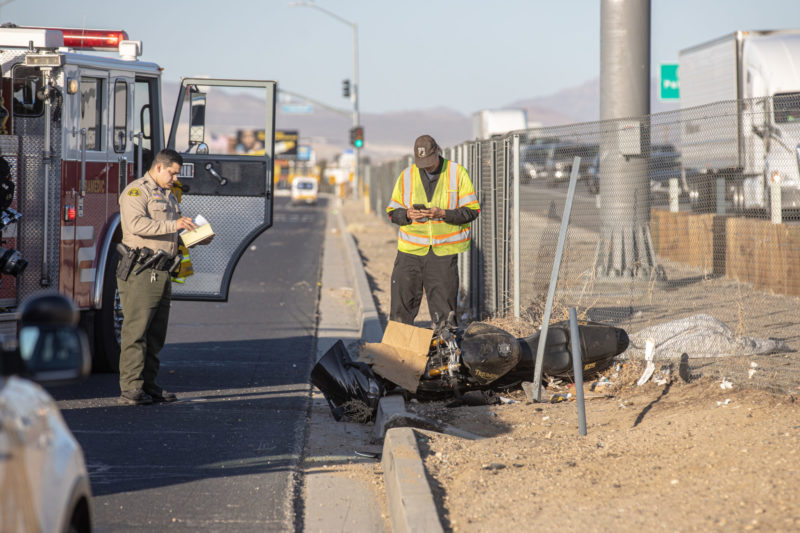 VICTORVILLE, Calif. (VVNG.com) — A motorcyclist and a passenger were injured in a crash on Amargosa Road Sunday afternoon.

It happened at about 3:30 pm on January 26, 2020, on Amargosa Road between Olivera and Luna Roads in Victorville.

Vickie Valdez and her family left Pancho Villas Restaurant and pulled over after seeing the black motorcycle down with two people, she said.

According to Vicki, the female passenger was able to use her own cell phone to call for help and a family member who later showed up.

The male rider sustained the most critical injuries and firefighters with Victorville City Fire requested a helicopter to land at the scene.

Vicki said she didnt see the crash but was told that something happened with the tire causing the rider to loose control of the bike.

Amargosa Road was closed in both directions for approximately 1 hour while the helicopter landed and a tow truck cleared the wreck.

No other vehicles were involved and the Victorville Police Department is handling the investigation. Anyone with information is asked to call 760-241-2911.