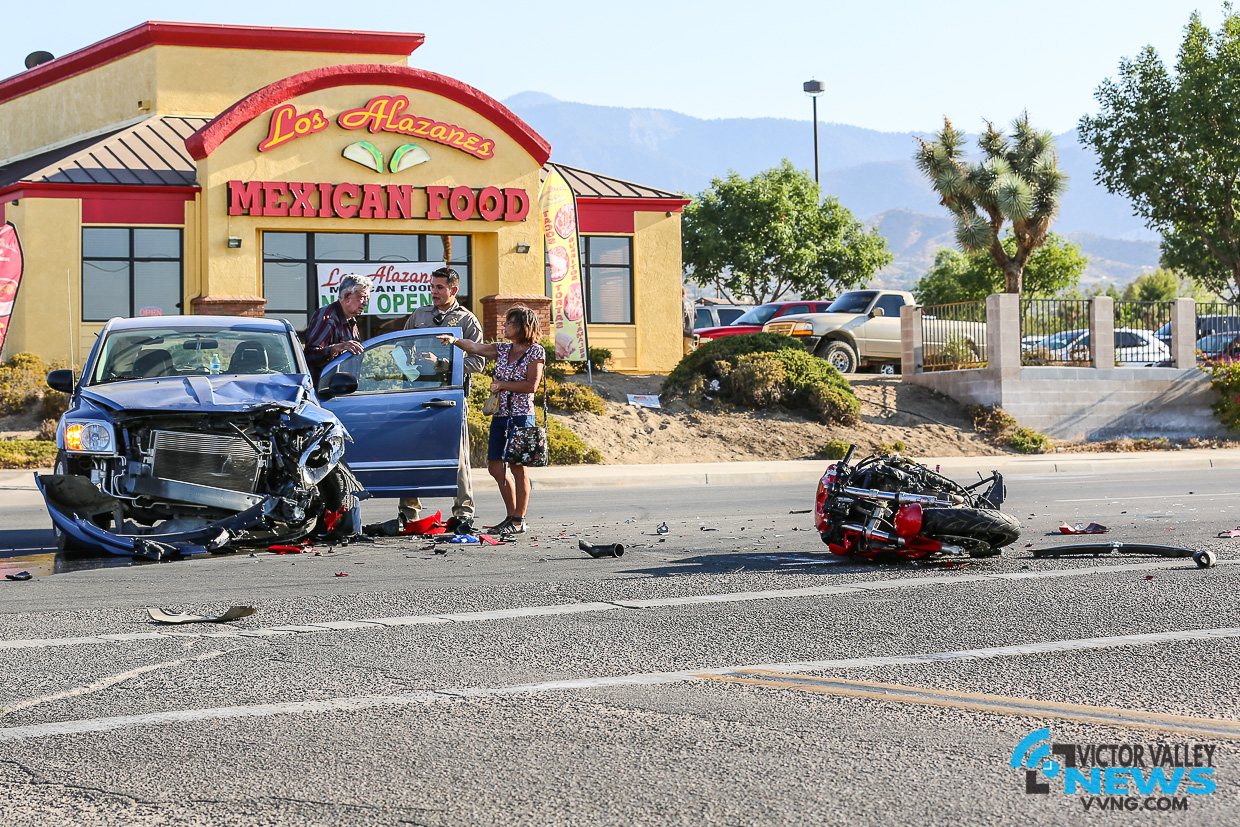 PHELAN, Calif. (VVNG.com) — A male motorcyclist was airlifted in critical condition following a crash with a passenger vehicle in Phelan Friday afternoon.

At about 5:32 pm, Officers with the California Highway Patrol responded to a traffic collision at the intersection of Phelan and Clovis Roads and located a blue 2007 Dodge Caliber Hatchback, and a red 2002 Honda CBR motorcycle blocking the roadway.

According to witnesses at the scene, the rider was ejected and thrown 30-40 feet and came to rest on the sidewalk.

“He was messed up pretty bad but I’m hopeful that he will make it,” stated Phelan resident Tammy Elaine Boice. “At least he was asking for someone to call his mom. Everyone came together and took care of him until the paramedics got there.”

Firefighter-paramedics with San Bernardino County Fire requested a helicopter to airlift the patient to an out of area trauma center.

The elderly male driver of the Dodge was not injured in the crash. The official cause of the accident remains under investigation by the Victorville-CHP station. 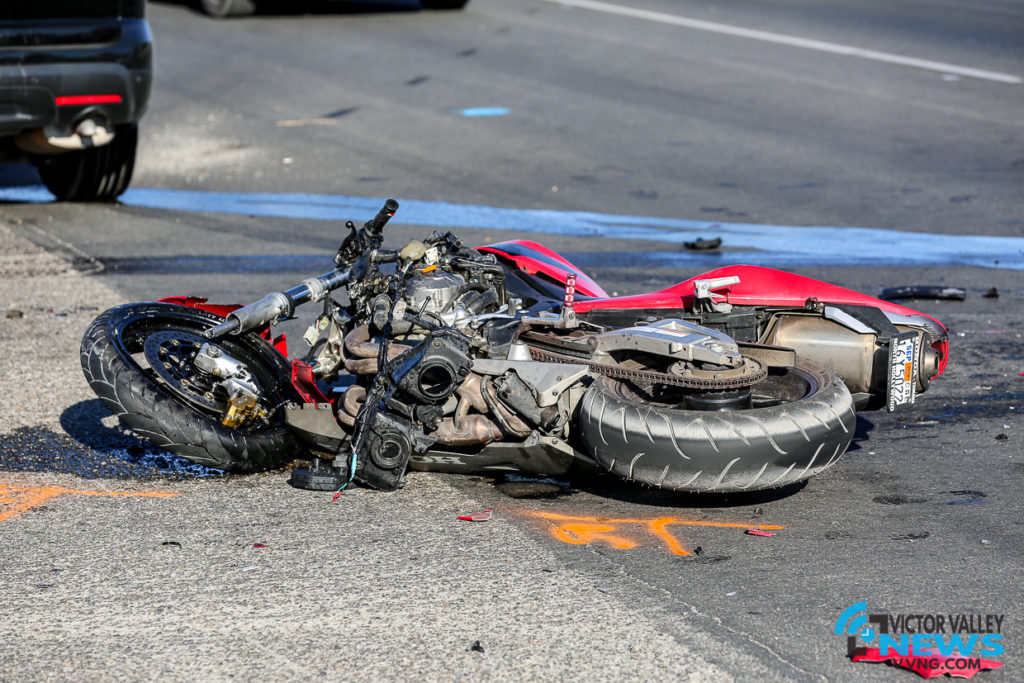 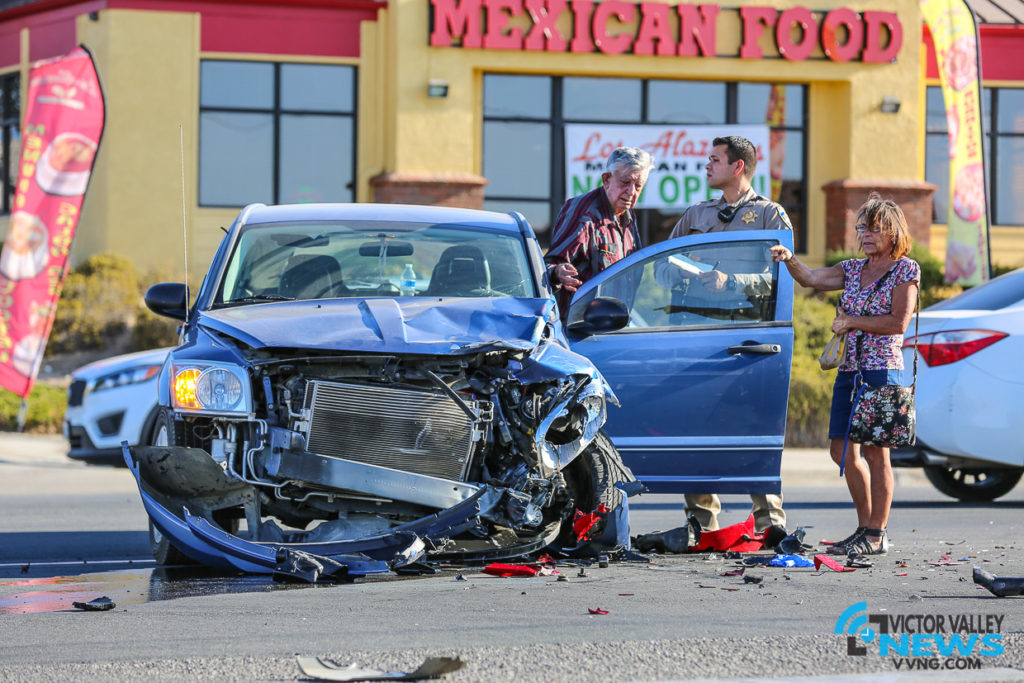