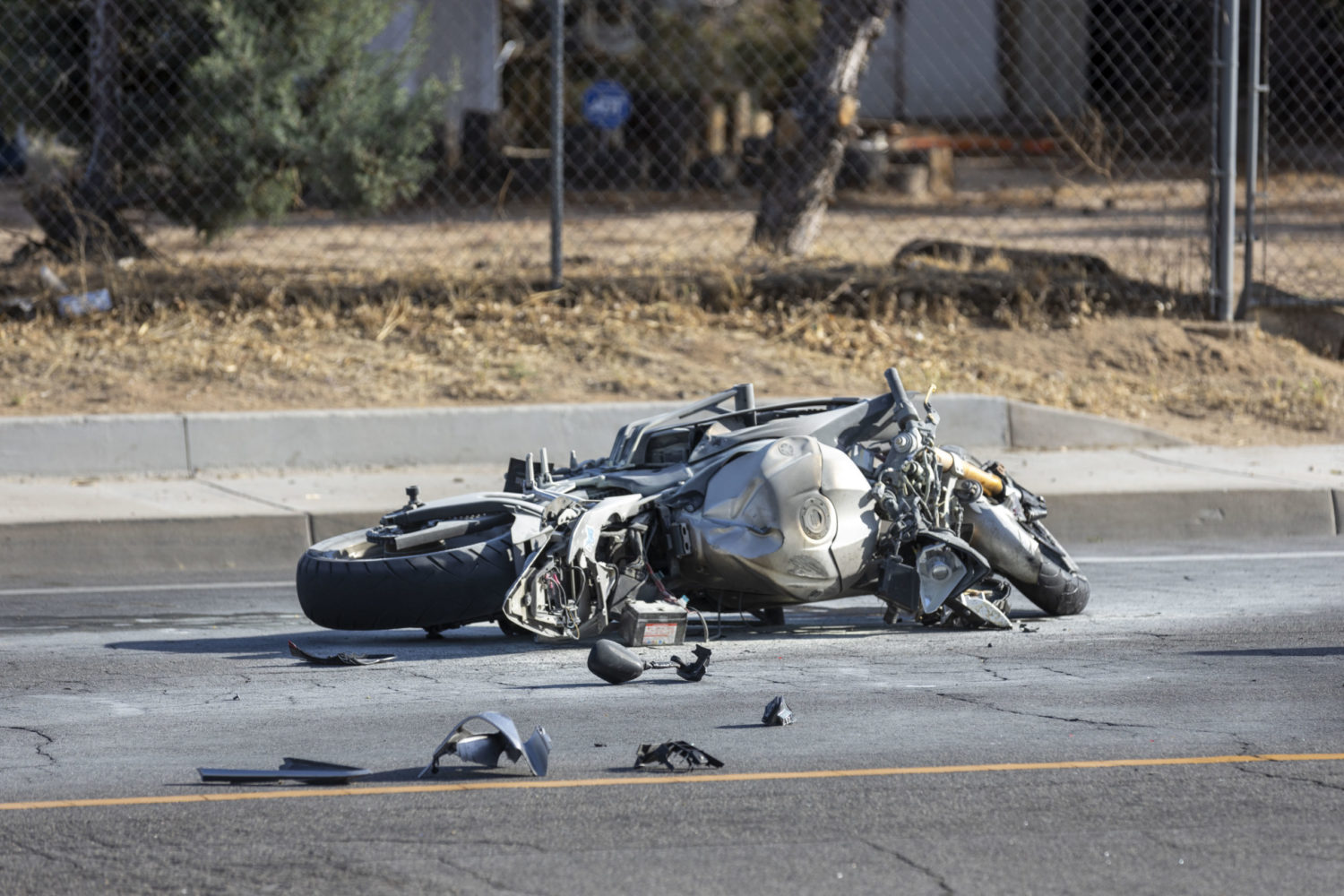 It happened at 4:52 pm, on Mother’s Day Sunday, on La Mesa Road near Pacoima Road.

Victorville City Fire, American Medical Response, and the Victorville Police Department responded to the incident and located a motorcyclist down in the roadway.

The bike was traveling at high-speeds and caught fire after crashing into the back of a silver 2019 Honda Accord.

A witness reported the motorcyclist drove around a vehicle to pass it and lost control hitting the back of the vehicle.

Firefighters made sure the fire was extinguished and requested a helicopter to respond. The rider was airlifted to a trauma center. Deputies assisted with shutting down the roadway while the helicopter landed and a tow truck cleared the scene.

The female driver of the Honda and her two young daughters sustained minor cuts from the broken glass but were not injured.

The official cause of the accident is under investigation and anyone with information is asked to call the Victorville Police Department at 760-241-2911.