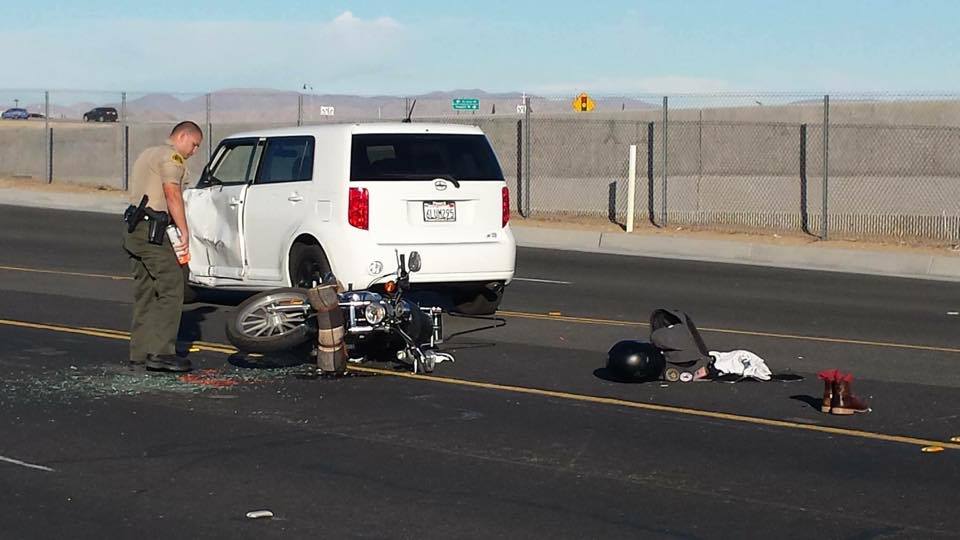 VICTORVILLE-(VVNG.com): Just before 3:00 p.m. deputies from the Victorville Station were dispatched to the 12700 block of Amargosa Road just south of La Mesa Road for a traffic collision between a vehicle and a motorcycle. Upon arrival the motorcyclist was on the ground, but was reported to be responsive.

The female driver of a white Scion XB was pulling out of the Chuck E Cheese driveway and did not see the motorcyclist was heading southbound on Amargosa. The motorcyclist did not have time to stop causing him to collide into the driver’s side of the Scion throwing him several feet from his motorcycle.

The unidentified male motorcyclist was transported to Liberty Park to be airlifted by a Sheriff’s helicopter to Loma Linda Medical Center for treatment of his injuries.

There were no other injuries reported as a result of this collision.