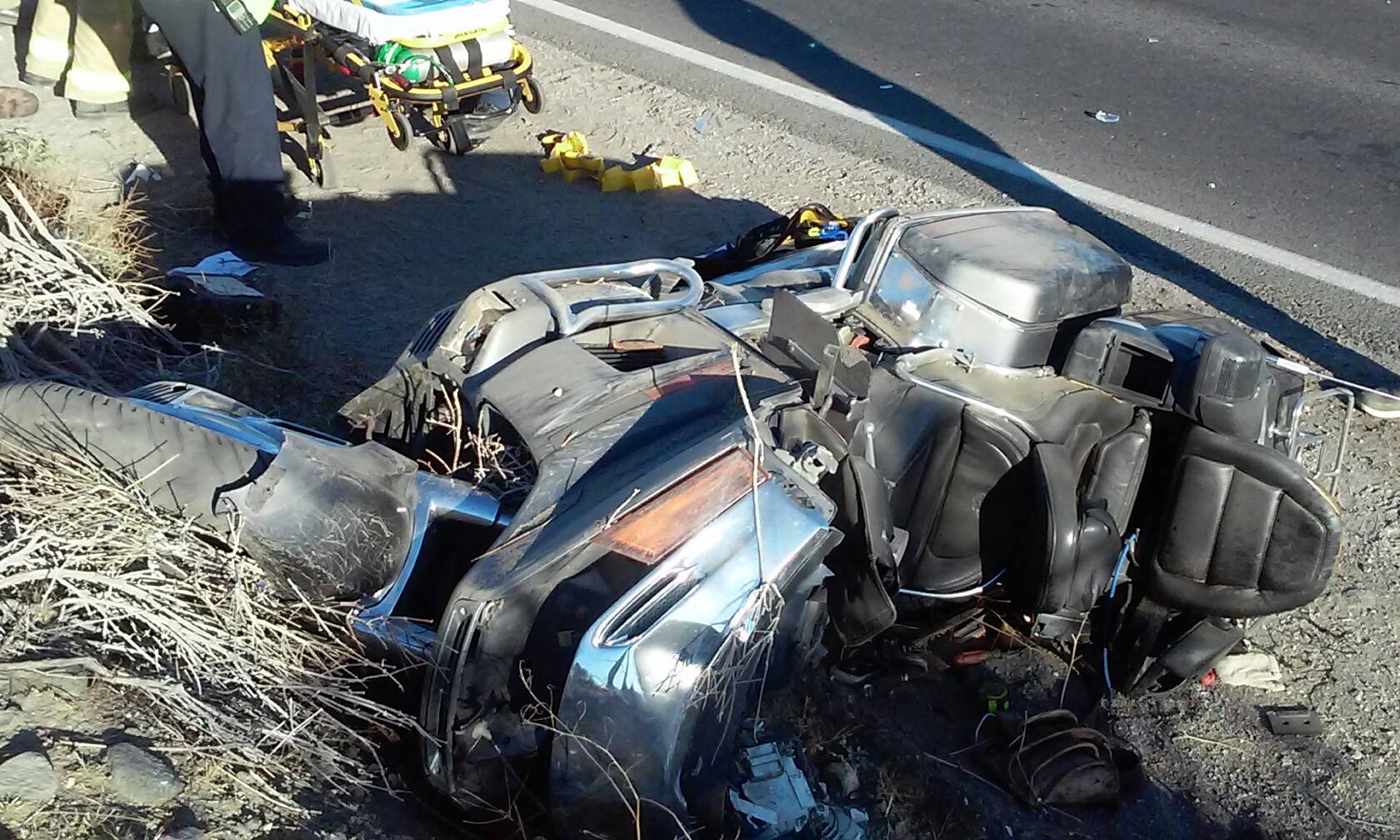 PHELAN:(VVNG.com)- A man was airlifted to a trauma hospital after his motorcycle collided into the rear of a vehicle in Phelan.

A gray Hyundai sedan, occupied by a female and her two young children was traveling westbound on Phelan Road, when a motorcycle traveling at an unknown rate of speed collided into the right rear passenger side. The impact caused the motorcyclist to tumble onto the roadway. The female driver immediately stopped and called 911.

“He was right behind me and looked like he was going to pass me on the right side, mind you he was still going really fast. He it my back end and his bike flew around my car and hit the front passenger side by the tire,” stated the female.

The male driver of the Honda Goldwing motorcycle was airlifted to Arrowhead Regional Medical Center with unknown injuries.

At this time the official cause of the accident is unknown at this time. However, authorities suspect the motorcyclist was possibly driving under the influence of alcohol.