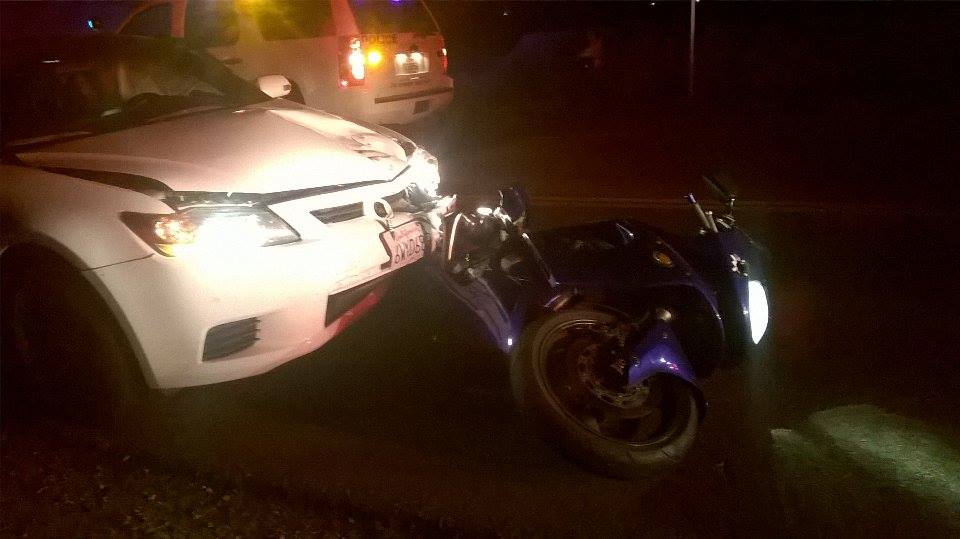 VICTORVILLE:(VVNG.com)- A motorcycle rider was airlifted after he was involved in a traffic collision with a vehicle near Highway 395.

Dispatch received the call just before 11:30 P.M., on Tuesday, March 17, 2015 reporting an accident between a vehicle and a motorcycle on Eucalyptus Street and Bridal Lane. Prior to the crash several calls of people complaining about a motorcycle speeding up and down the street at high speeds were received.

When deputies arrived they discovered the rider lying in the roadway and requested an air-ambulance to transport the seriously injured male to Arrowhead Regional Medical Center.

According to initial reports, a white Scion TC was traveling westbound on Eucalyptus Street, approximately 1/4 mile from highway 395 when for unknown reasons the vehicle collided head-on with a blue in color 2000 Yamaha R6 street bike.

Authorities are unsure if the bike belonged to the male in the accident. They are looking into the registration. The motorcyclist was driving on a suspend drivers license.

The cause of the accident is under investigation. At this time it’s unknown if speed or alcohol was a factor in the collision. 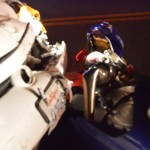 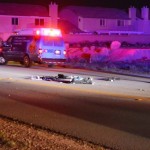 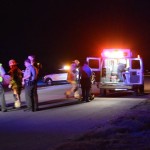