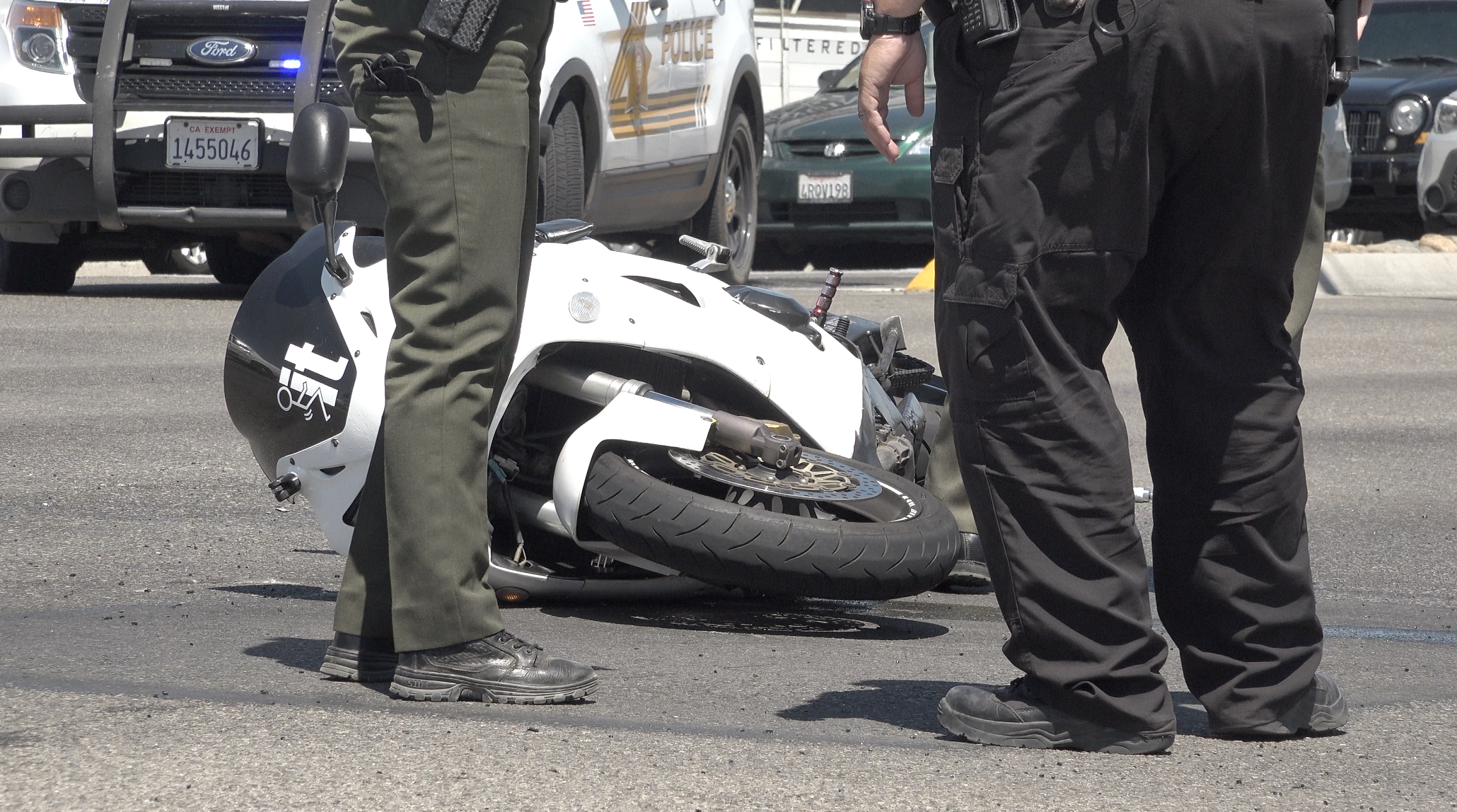 HESPERIA, Calif. (VVNG.com) — A motorcyclist was airlifted from a local hospital to a trauma center following a Thursday afternoon crash.

Just before 2:00 pm, sheriff’s deputies, firefighters and paramedics responded to a traffic collision involving a motorcycle and a van at the intersection of Bear Valley Road and 7th Avenue in Hesperia.

Upon arrival, officials located a white Honda street bike with the male rider down in the intersection.

SBC firefighters at the scene requested the use of a helicopter to airlift the male to an out of area trauma center with unknown injuries.

According to sheriff’s officials at the scene, the van was traveling southbound on 7th Avenue and the rider was heading eastbound on Bear Valley.

The female driver of the van told Victor Valley News she had just picked up her grandson from a nearby school and was going home. “I was just going across when out of nowhere I just felt something hit the side of my van. There was glass flying everywhere and I was so worried about my grandson, stated the woman as tears ran down her face.

Sheriff’s officials said the accident was caused by the motorcyclist running a red light.

The driver of the van and her grandson were shaken up but not injured in the crash.