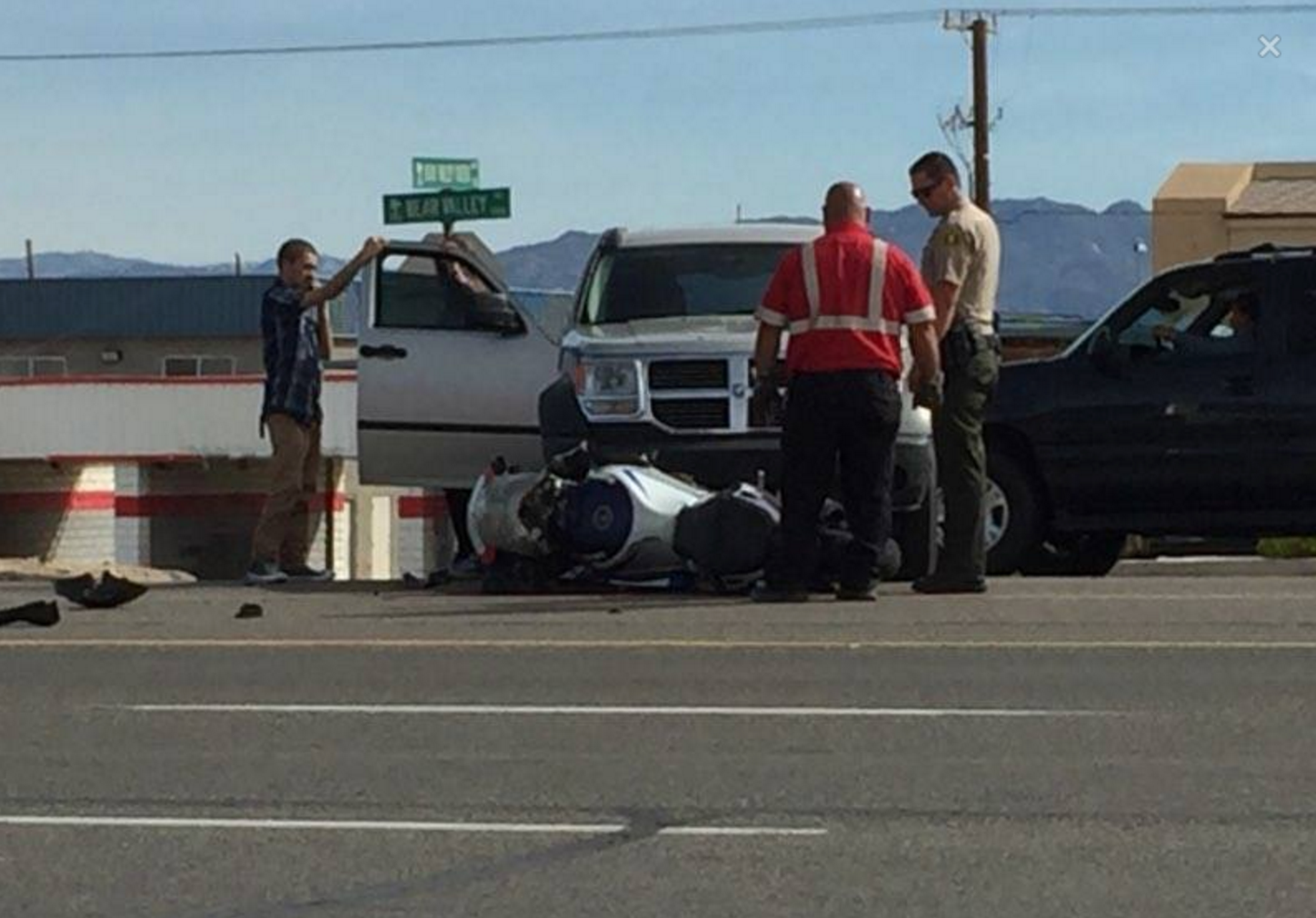 HESPERIA-(VVNG.com): One man was airlifted following a traffic collision involving a motorcycle on Bear Valley Road near Apatite Avenue on Wednesday afternoon. Hesperia Station deputies and medical personnel were dispatched to the collision that occurred at around 1:56 p.m.

According to the San Bernardino County Sheriff’s officials, the Dodge SUV was attempting to cross eastbound lanes of Bear Valley from the south as the motorcycle was driving eastbound in the #1 lane. The motorcyclist for reasons still under investigation struck the driver’s side of the Dodge.

San Bernardino County Sheriff’s Hesperia Station Spokeswoman Karen Hunt told Victor Valley News that the motorcyclist was transported to a local hospital where he was subsequently airlifted to Loma Linda University Medical Center for the treatment of non-life-threatening injuries.