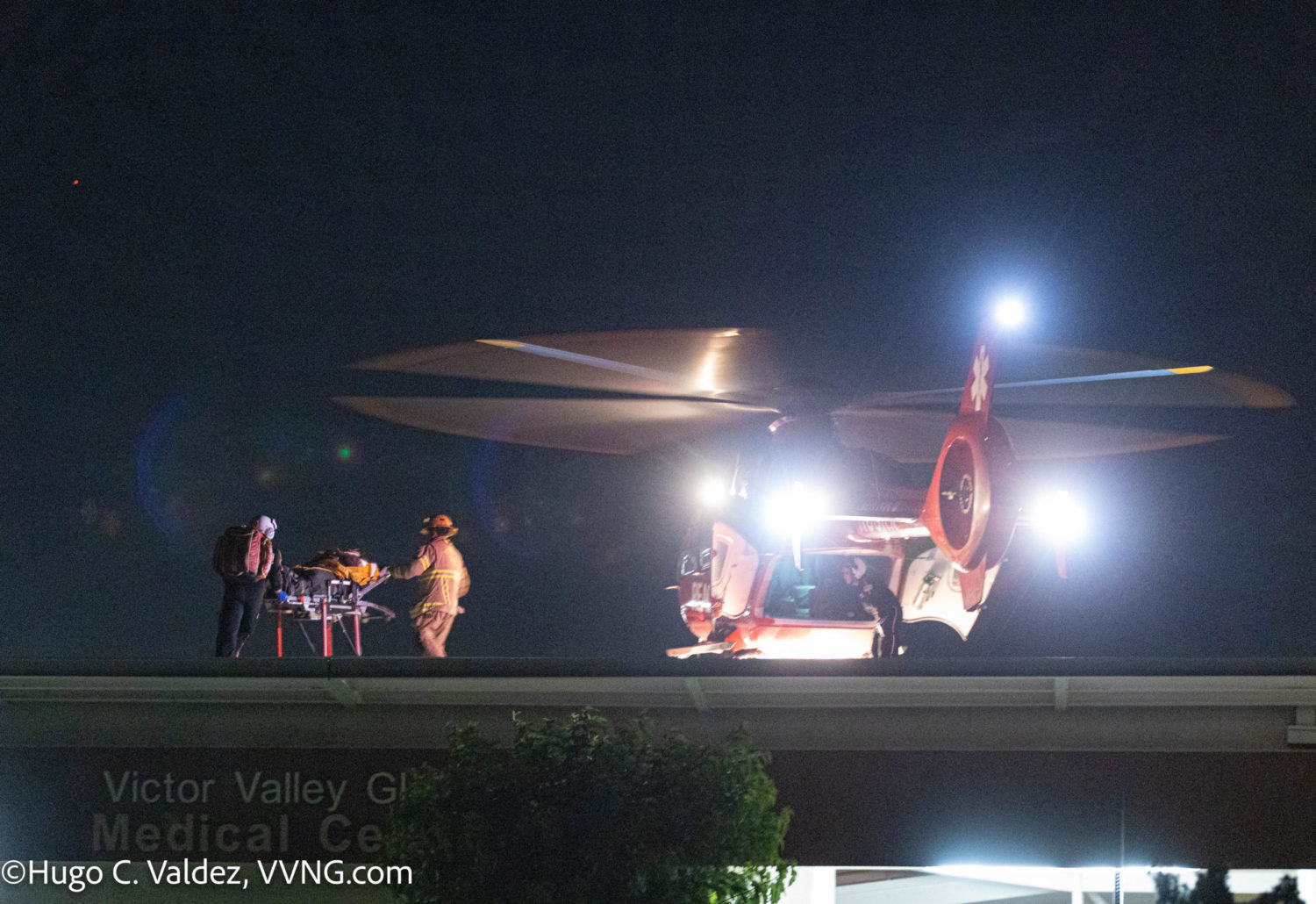 VICTORVILLE, Calif. (VVNG.com) — A 25-year-old motorcyclist injured in a hit-and-run crash was airlifted to a trauma center Wednesday night.

At about 8:48 pm, on June 9th, the driver of a white 2006 Toyota Solara traveling south on Hesperia Road, made a left turn into the Rustic Tavern parking lot.

Upon making the turn, he drove into the path of a motorcycle traveling north on Hesperia Road, and the two collided.

Sheriff’s spokeswoman Mara Rodriguez told VVNG the driver of the Solara parked the car at the business and fled on foot.

The motorcyclist was thrown from the motorcycle and suffered moderate leg injuries. He was flown to a trauma center and his condition is not known.

Rodriguez told VVNG the suspect was not located and the investigation into his identity and whereabouts is ongoing. Anyone with information is asked to call the Victorville Police Department at 760-241-2911.