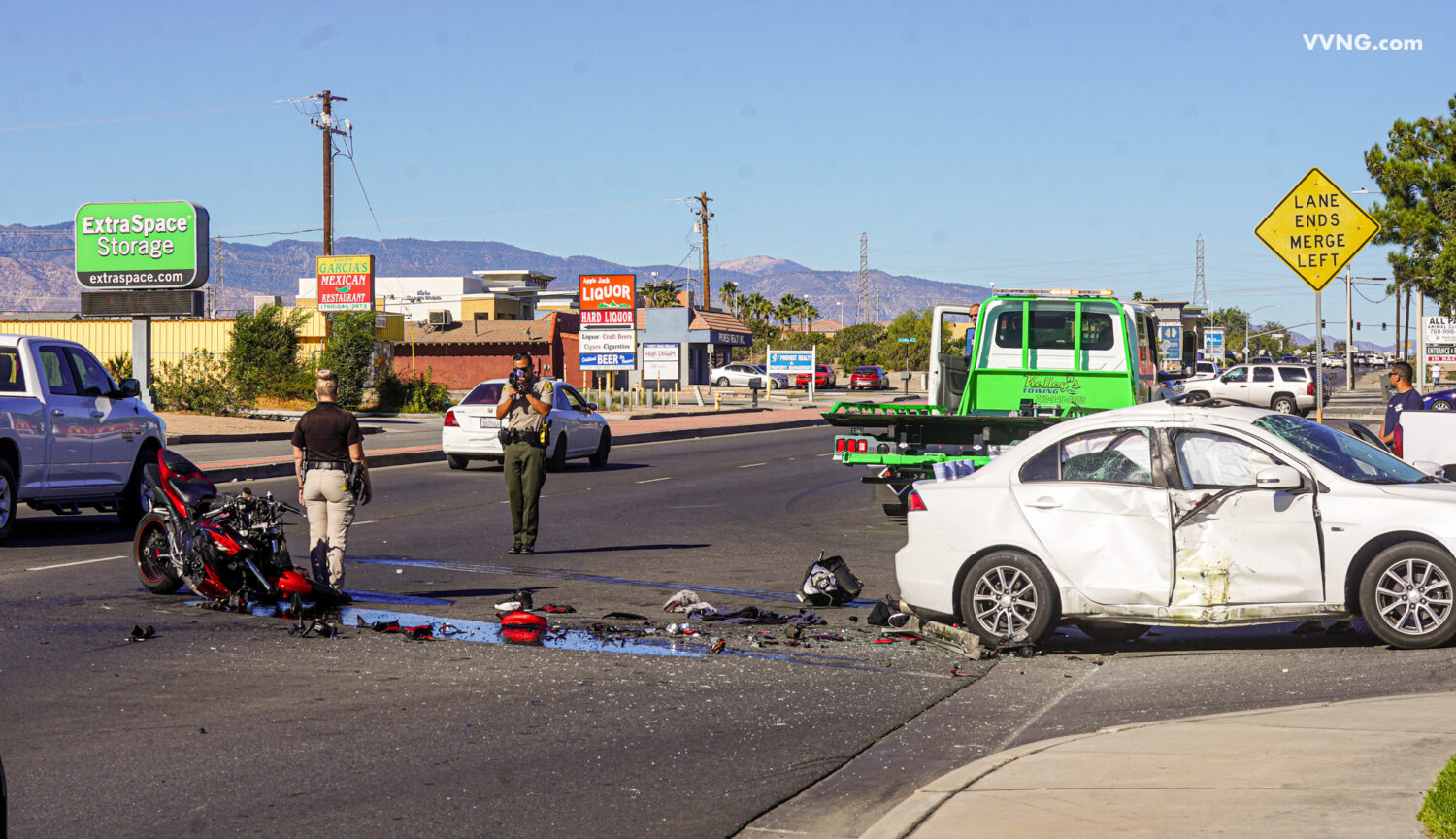 HESPERIA, Calif. (VVNG.com) — A motorcyclist was critically injured after crashing with a vehicle Tuesday morning in Hesperia.

San Bernardino County Firefighters responded to the scene and located the 2011 Yahama Motorcycle and rider down in the roadway. A white 2016 Mistubishi Lancer involved in the crash sustained significant damage to the passenger side and came to a stop at the entrance of the Stater Brothers shopping center.

Firefighters requested a helicopter to airlift the rider to an out-of-area trauma center. The female driver of the vehicle was not injured and remained at the scene.

Jennifer Short commented on VVNG’s Facebook live video and said the motorcycle had the right of way. Jennifer said the rider was going straight and the car made a left turn in front of him. “My boyfriend and I were on scene of this accident. My boyfriend was putting pressure on the rider’s forehead because he had a giant gash above his right eye,” stated Jennifer.

The accident prompted police to shut down the no.2 lane of Main Street for the investigation and while the vehicles were towed from the scene. An update on the condition of the rider was not available.

In an update sheriff’s officials said the driver of the Mitsubishi attempted to make a left-hand turn into the business parking lot, turning directly into the path of the motorcycle, causing the collision. Alcohol or drugs do not appear to be a factor in the collision, which remains under investigation.

Anyone with information regarding this incident is urged to contact the Hesperia Station at 760-947-1500.  Callers wishing to remain anonymous should contact the We-Tip Hotline at 1-800-78-CRIME (27463) or go to www.wetip.com.