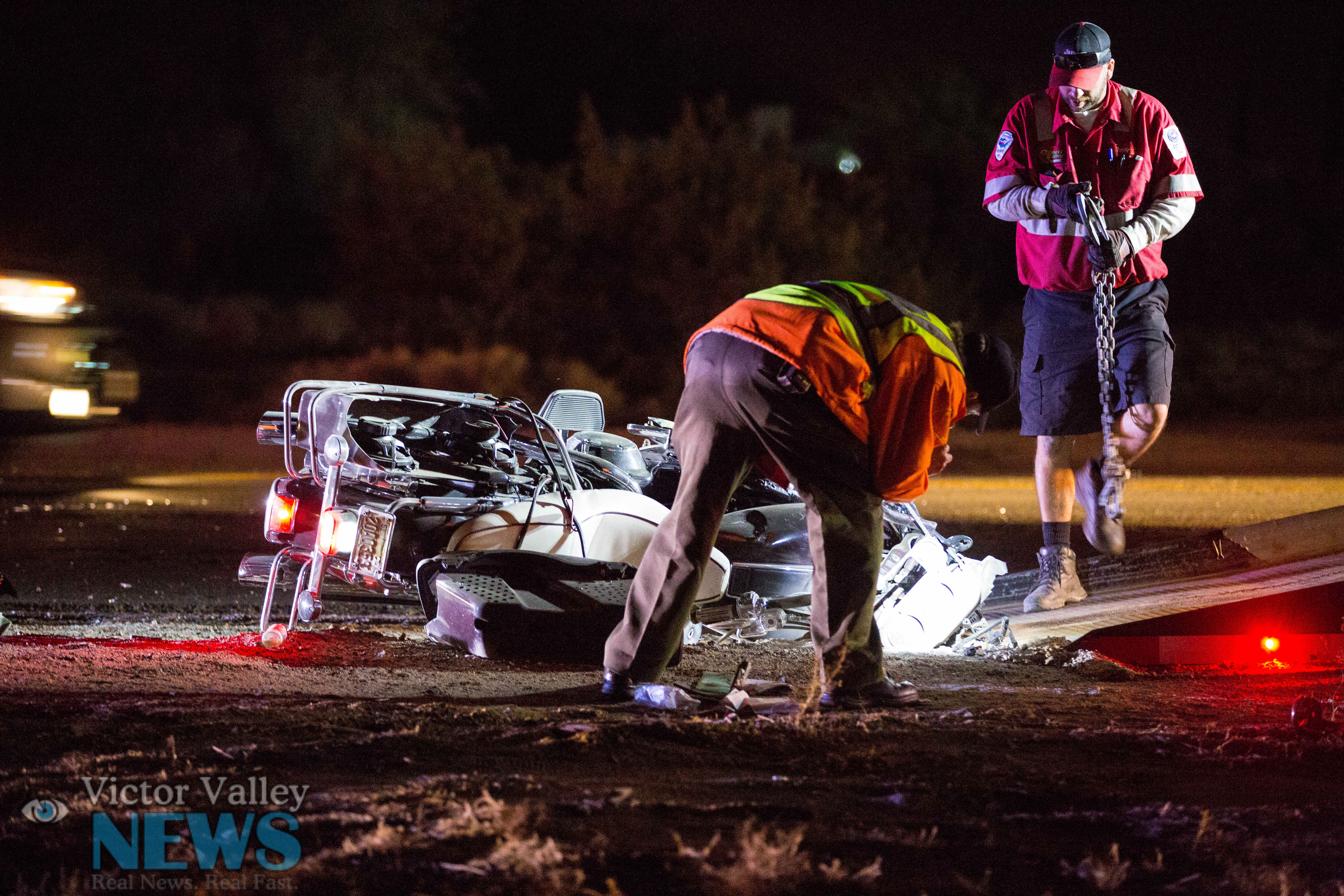 HESPERIA-(VVNG.com): At about 5:20 p.m. on Sunday, November 8th dispatch received the report of a traffic collision on Main Street near Maple Avenue. The collision involved an older model red Toyota 4runner, a black 2012 Camaro and a black and white Harley Davidson motorcycle.

The Toyota SUV rolled several times and eventually came to a stop on its wheels next to a chain linked fence in the front yard of a residence.  One of the occupants of the home immediately ran over to the SUV and helped the two males safely exit the vehicle.

“We heard moaning and that’s when looked over and seen a guy laying on the floor next to a motorcycle,” stated the driver of the Camaro. “Everything happened so fast, I was driving down Main Street and that’s when I seen the SUV coming straight at me. I still  have no idea how the motorcyclist ended up crashing”, he continued to say.

The motorcyclist suffered from several fractures to his left side. He was transported by ground ambulance to Hesperia Airport, where he was then airlifted to Loma Linda Medical Center for treatment of his injuries.

Westbound traffic on Main Street was down to one lane while authorities investigated the crash. The cause of the collision is still under investigation, information will be updated as it is received. 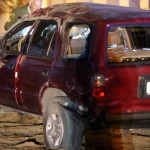 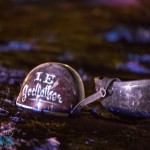 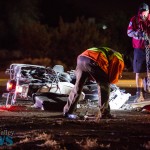