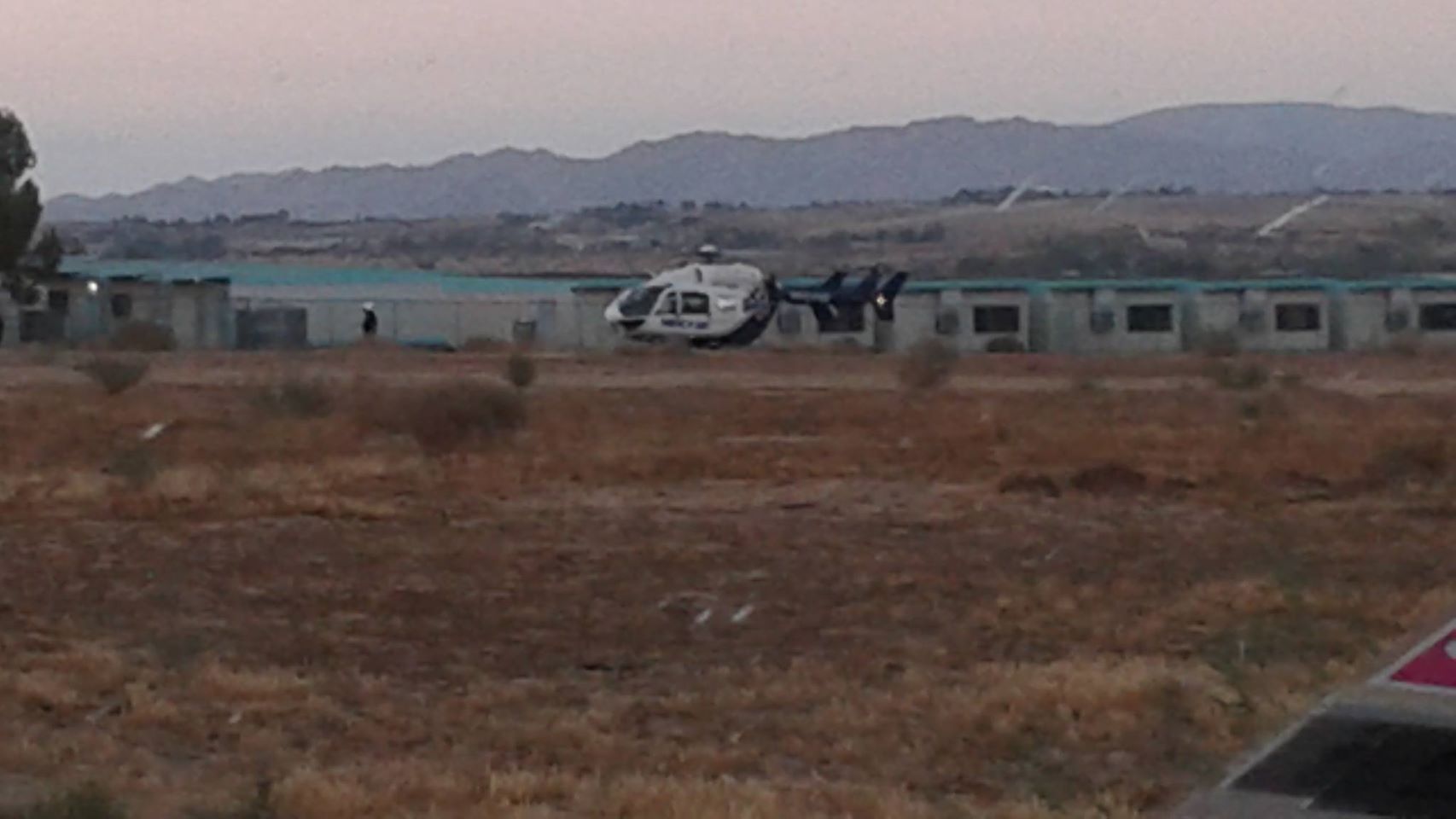 HESPERIA:(VVNG.com)- On Sunday, September 14, 2014 just before 6:30 p.m., there was a report of a motorcyclist down on Vine Street and Vine Court in the city of Hesperia.

Per scanner traffic, the motorcyclist was described as possibly being a 25-year-old male, 180 lbs., and was not wearing a helmet at the time of impact.

Due to the injuries sustained an airship was requested to transport the injured male. The designated landing zone for the airship was at Carmel Elementary on Glendale Avenue, which landed at approximately 7:00 p.m. The critically injured male was transported to Arrowhead Regional Hospital in Colton. At this time it’s believed no other vehicles were involved in the collision.

Family and friends have taken to social media asking for prayers. Eric Wickham is the brother of the injured rider, he posted on Victor Valley News Group, “Everybody pray for my brother. He is in bad condition.”  Eric continued to say his brother is being treated for multiple skull fractures and is breathing utilizing a breathing tube.