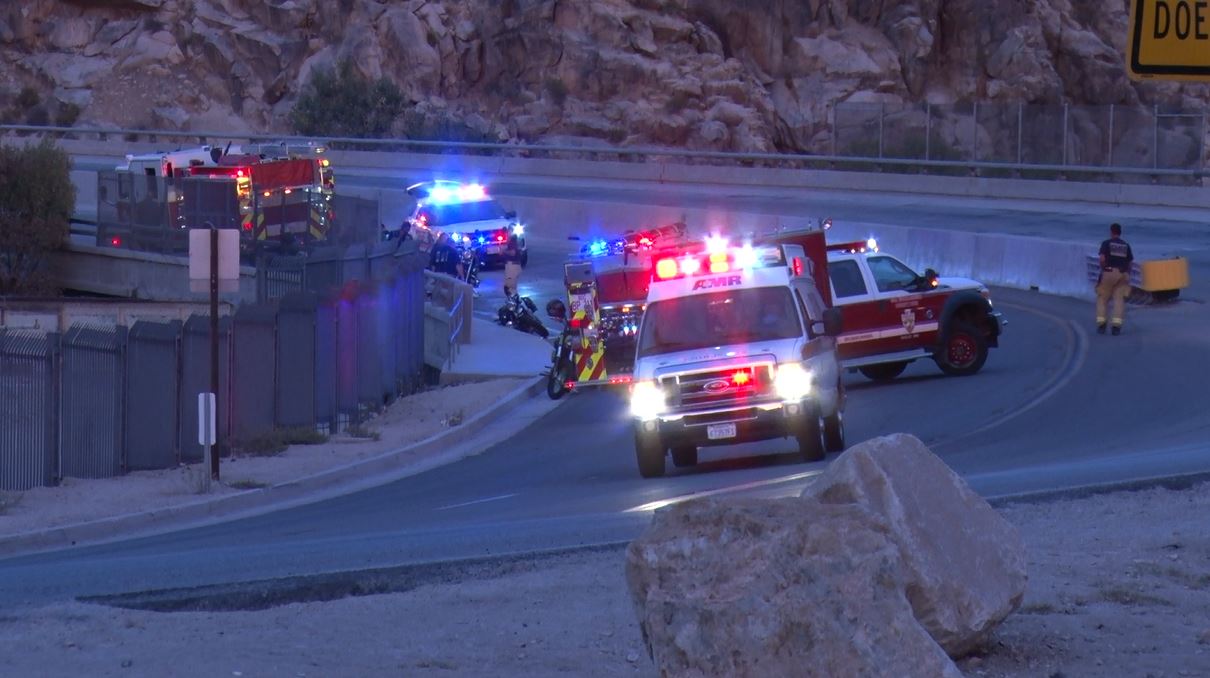 At about 6:05 p.m. dispatch received a call stating that a motorcycle rider was down on highway 18, near Stoddard Wells.

According to Sheriff’s spokeswoman, “there was a vehicle involved in the collision, which fled the scene prior to deputy’s arrival.”

The downed rider, Dayne Michaels was awake and breathing but was suffering unknown injuries. The Michaels was flown to Loma Linda Medical Center, his condition is unknown at this time.

Traffic on highway 18 heading to Victorville was detoured onto Stoddard Wells Road while authorities investigated the crash.

Anyone with information is urged to contact the Victorville Police Department at (760)956-5001.