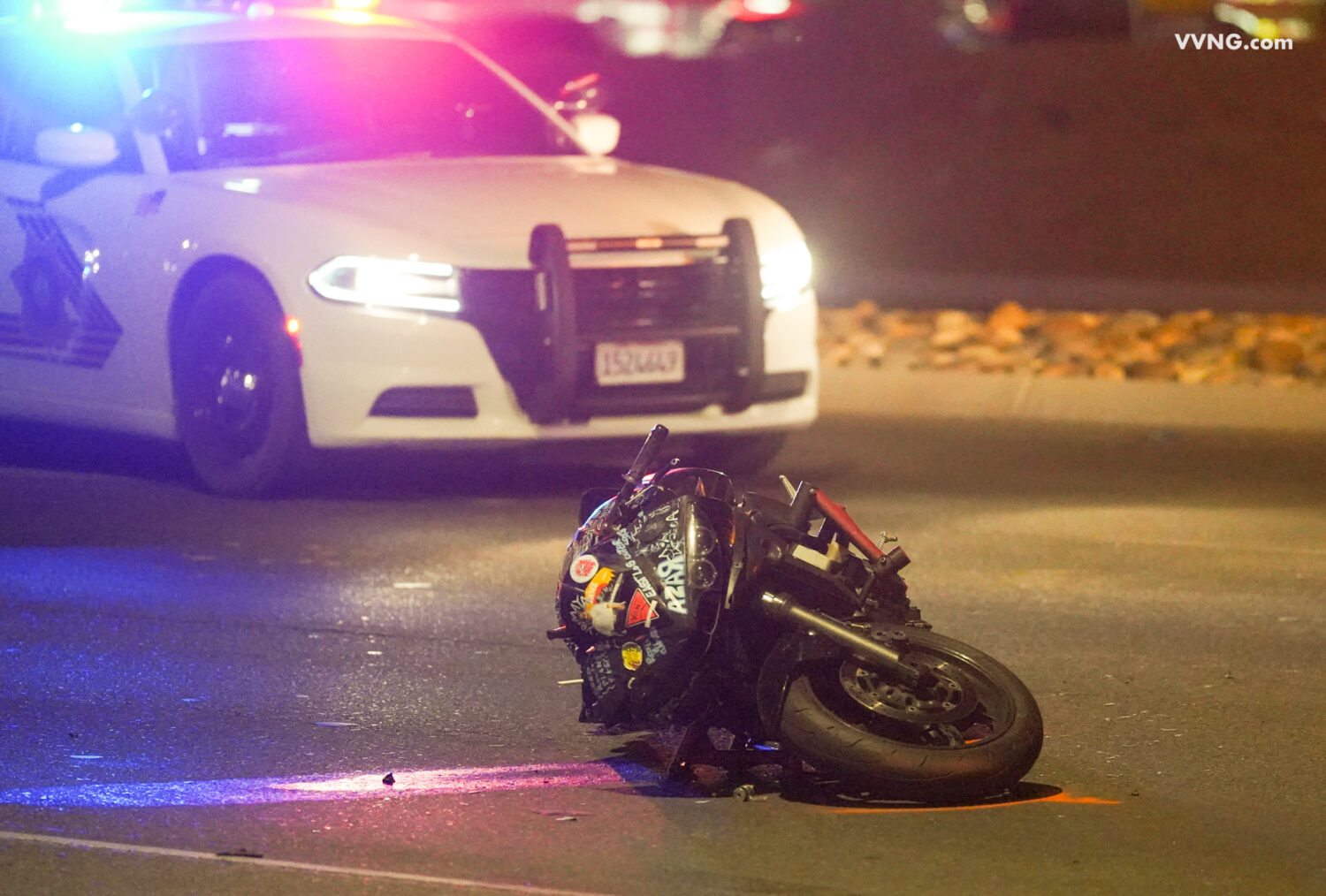 VICTORVILLE, Calif. (VVNG.com) — A motorcyclist injured in a Thursday night crash with a vehicle was flown to a trauma center.

Witnesses reported that the rider of the street bike was temporarily under the vehicle involved, a black Toyota Corolla.

Firefighters arrived and requested a helicopter to land at Desert Valley Hospital and airlift the critically injured rider to Loma Linda University Medical Center. The driver of the sedan was not injured and cooperated with law enforcement during the investigation.

Westbound lanes of Bear Valley Road were temporarily shut down while the crash was cleared-up from the roadway.