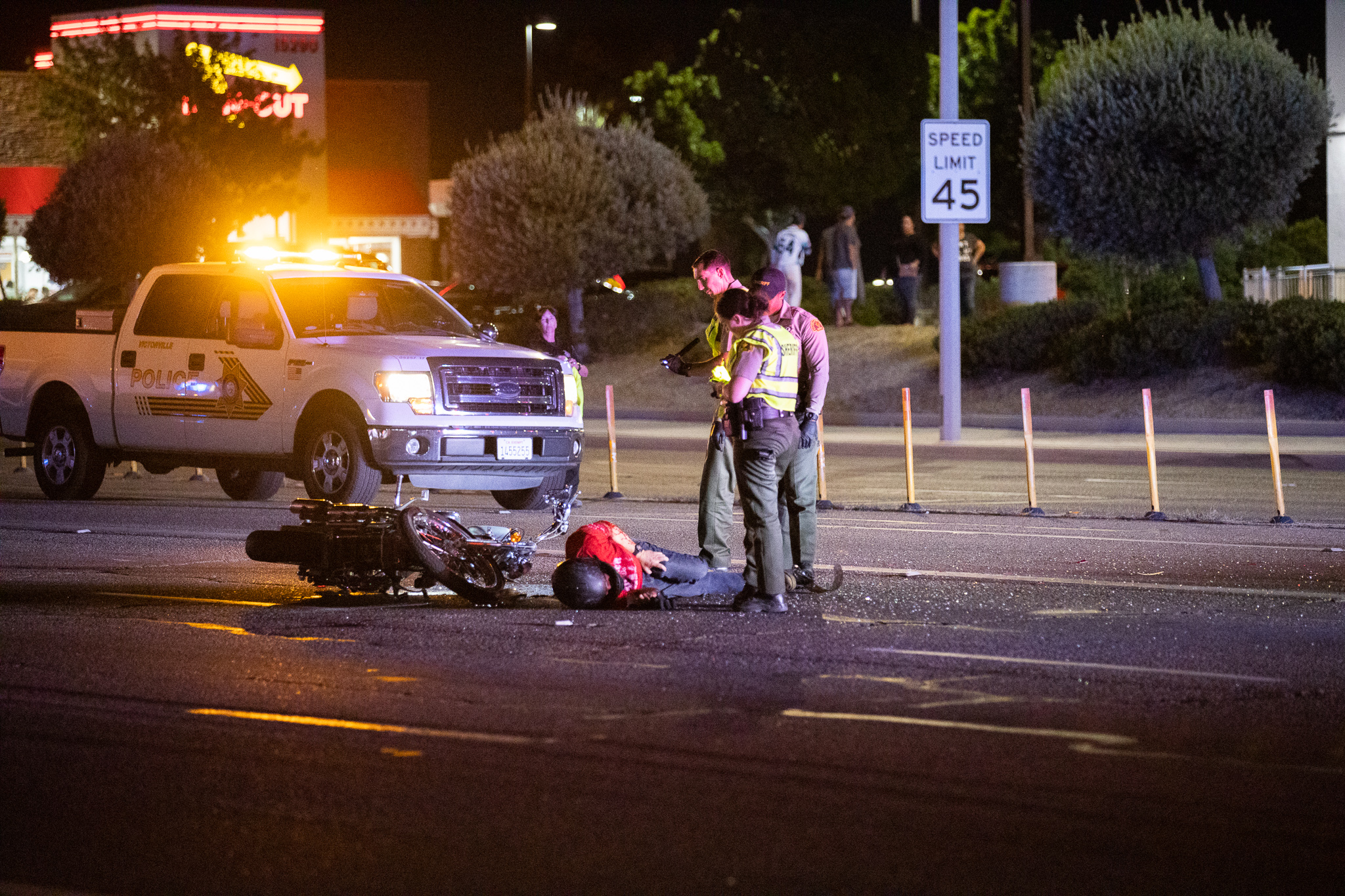 VICTORVILLE, Calif. (VVNG. com) — A motorcyclist was airlifted to a trauma center after slamming into the back of an SUV Wednesday night.

It happened just after 10:00 pm on Roy Rogers Drive, just east of Civic Drive in Victorville.

Victorville City Fire responded and found the rider down in lanes of traffic and bleeding profusely from his left arm.

Due to his injuries, firefighters requested a helicopter land at Victor Valley Global Medical Center and airlift the rider to an out of area trauma center.

The vehicle involved, a silver BMW remained at the scene and the male driver cooperated with police. Police took photos of the damage around the rear bumper area of the SUV.

Jaime Jimenez, a witness at the scene, told a Victor Valley News photographer that the rider was traveling west on Roy Rogers when he slammed into the back of the BMW.

“The rider tried getting up but he kept falling back down. He was injured pretty badly,” stated Jimenez.

An update on the rider’s condition was not available. The driver of the BMW was not injured.