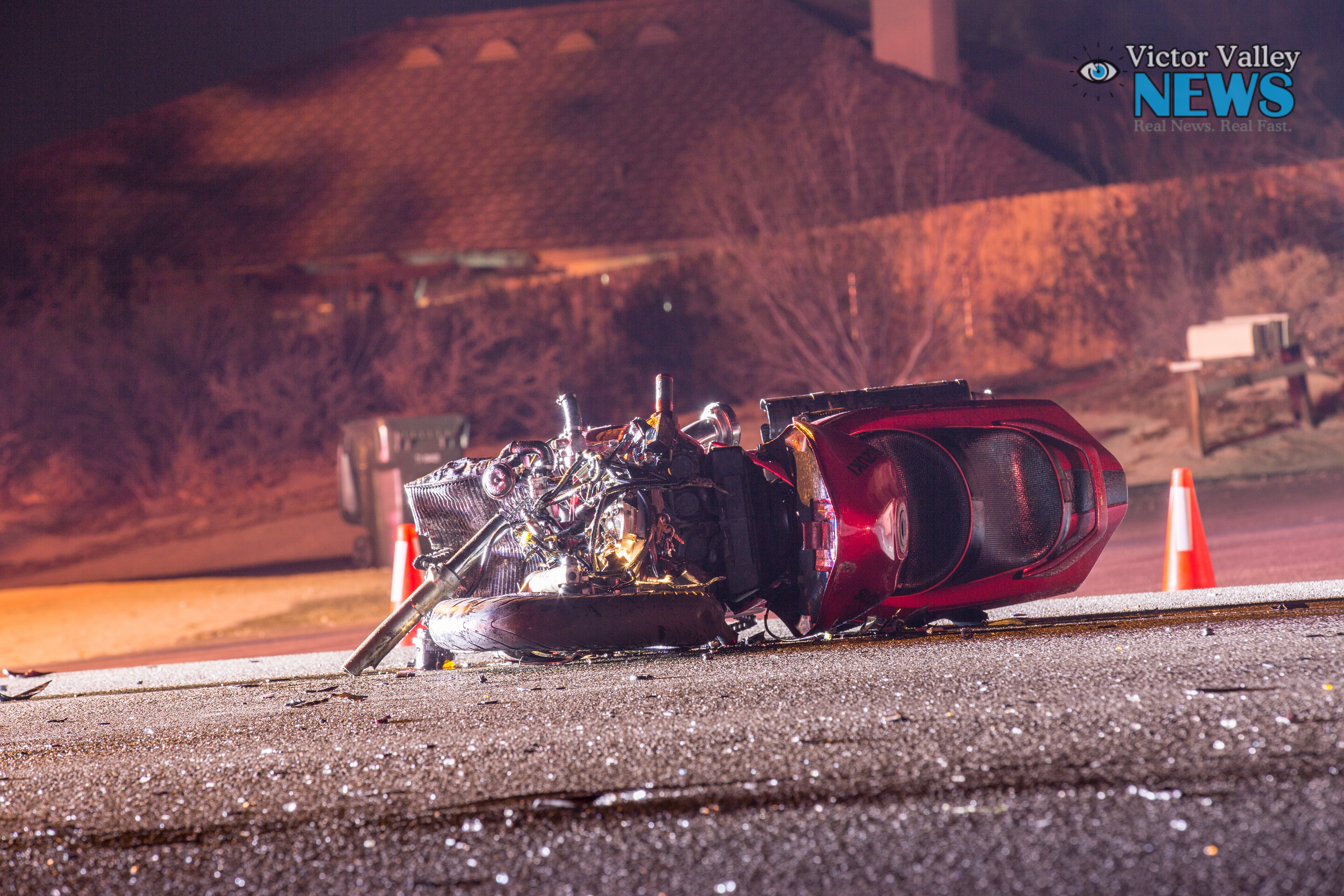 APPLE VALLEY, Calif. (VVNG.com) A motorcyclist was critically injured after colliding with a left-turning vehicle.

On Tuesday at approximately 7:06 p.m. a red 1994 Suzuki collided into the rear passenger side of a silver 2012 Mercedes.

The Mercedes traveling northbound on Apple Valley Road attempted a left turn onto Symeron Road and ended up in the pathway of the motorcyclist.

The Suzuki was traveling southbound on Apple Valley Road when the collision occurred, causing the rider to be thrown from the bike.

The driver of the Mercedes was not injured but was worried about the condition of the motorcyclist, “I’m not sure what’s going to happen with his legs, he kept saying his legs were really hurting him,” stated the driver, an Apple Valley resident.

The male motorcyclist was taken by ground ambulance to a landing zone at St. Mary’s Medical Center where he was then flown to Arrowhead Regional Medical Center with unknown injuries.

Left-turning vehicles are one, if not the major, causes of crashes between vehicles and motorcycles.

In the month of November, VVNG.com reported on 5 major motorcycle accidents, with two of those accidents ending with fatalities involving left-turning vehicles.

The Apple Valley Police are currently investigating the accident.