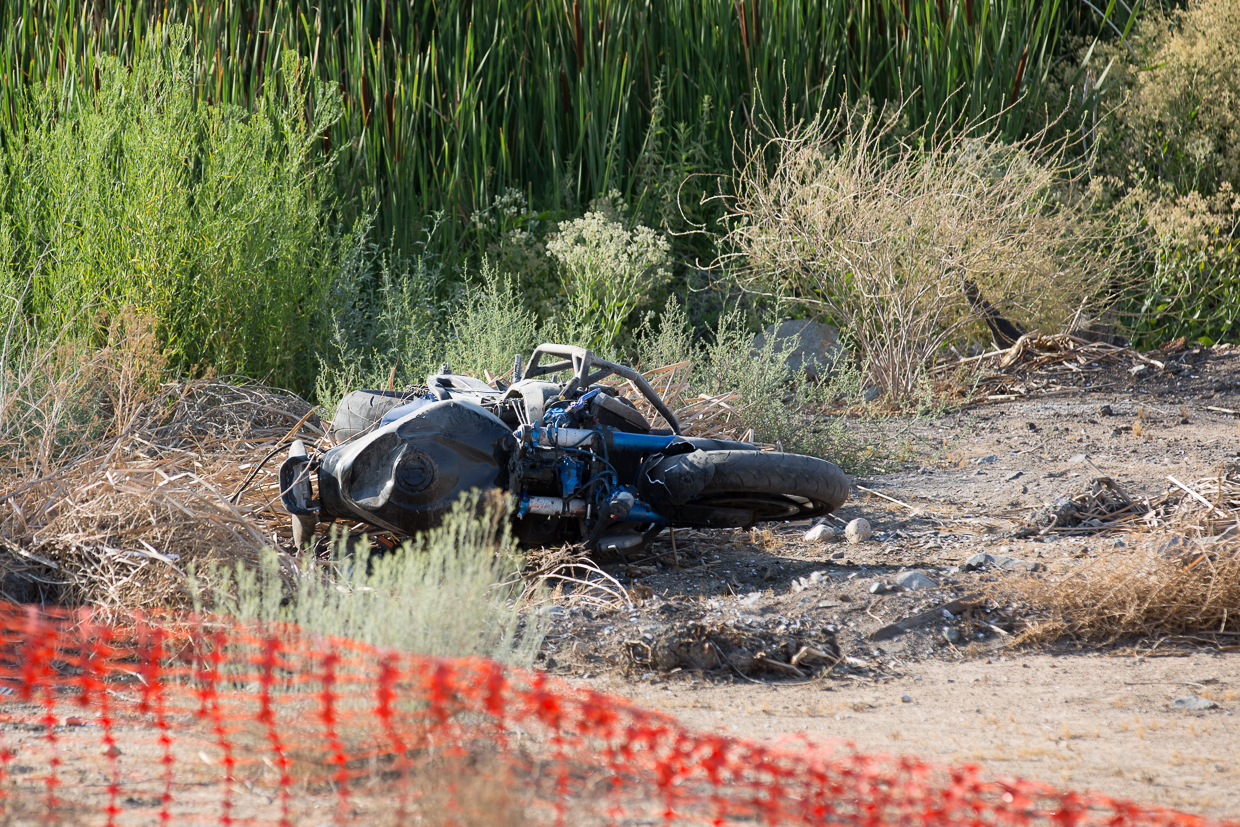 According to CHP logs, the solo-motorcycle accident was reported on Yates Road near Tahoe Road at about 5:25 p.m. in the jurisdiction of Spring Valley Lake.

The rider, identified as 23-year-old Apple Valley resident Brandon Hill,  was traveling westbound on Yates Road when, for reasons still under investigation, the bike, a Suzuki GSXR1000, left the roadway and crashed into a barbed wire fence and landed down an embankment belonging to the Mojave Narrows Regional Park.

“The rider was ejected from the motorcycle, he flew a little distance from the bike, and CHP helicopter H82 flew the solo rider out to Loma Linda University Medical Center,” San Bernardino County Fire Spokesman Eric Sherwin said.

The identity and condition of the rider is unknown at this time. The cause of the crash is being investigated by the California Highway Patrol – Victorville Station. 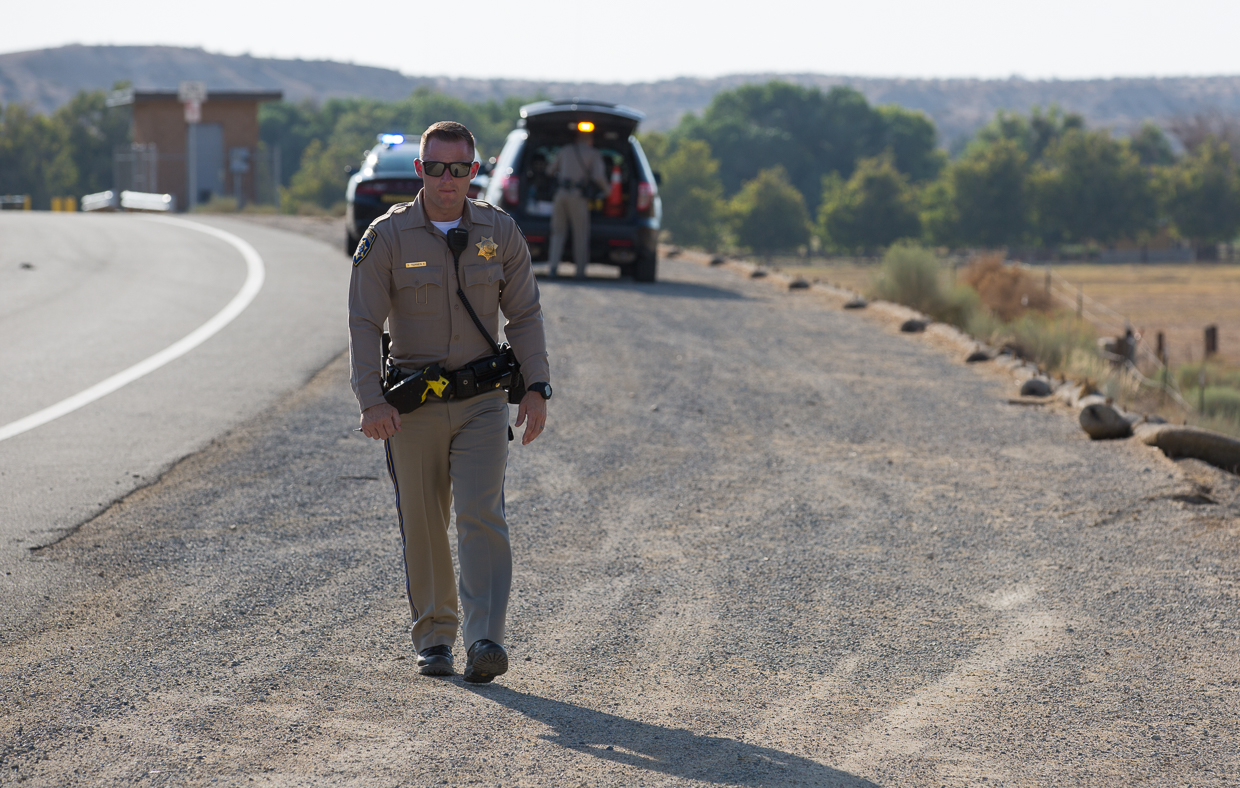 CHP Officer S. Ternen II, is photographed walking towards the area where the motorcycle initially left the roadway. The rider ended up where the CHP unit is shown behind him. (Gabriel D. Espinoza, Victor Valley News) 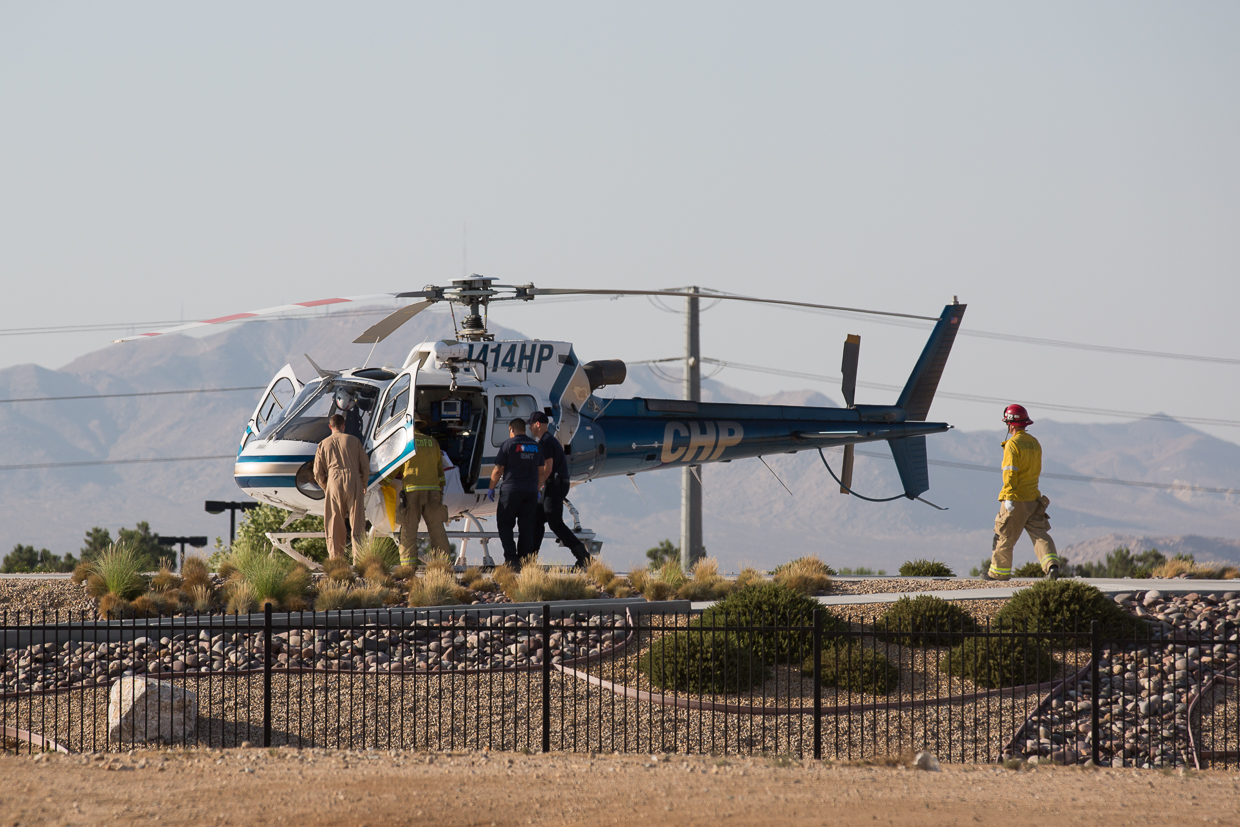