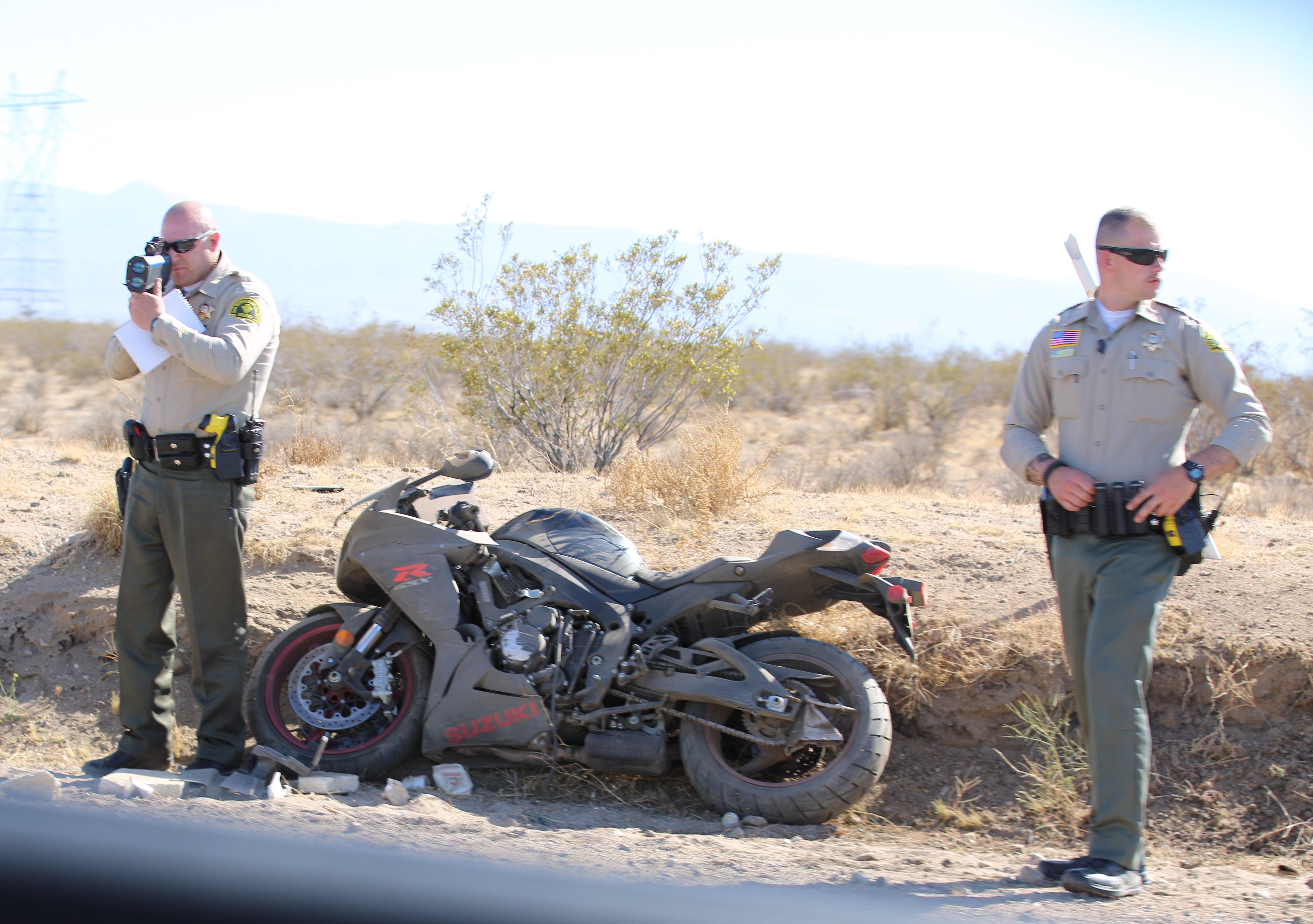 ADELANTO, Calif. (VVNG.com) A rider was airlifted to a trauma center after a solo motorcycle crash in Adelanto Sunday afternoon.

It happened at about 4:22 p.m. on Bellflower Street just south of Cassia Street and involved a black Suzuki.

According to the riders mother, who arrived shortly after the crash, her son, Christopher Rasmussen, 34, was suffering from severe road burn and possibly a broken hand, but is expected to survive.

Deputies are currently conducting an investigation to determine the exact cause of the crash.