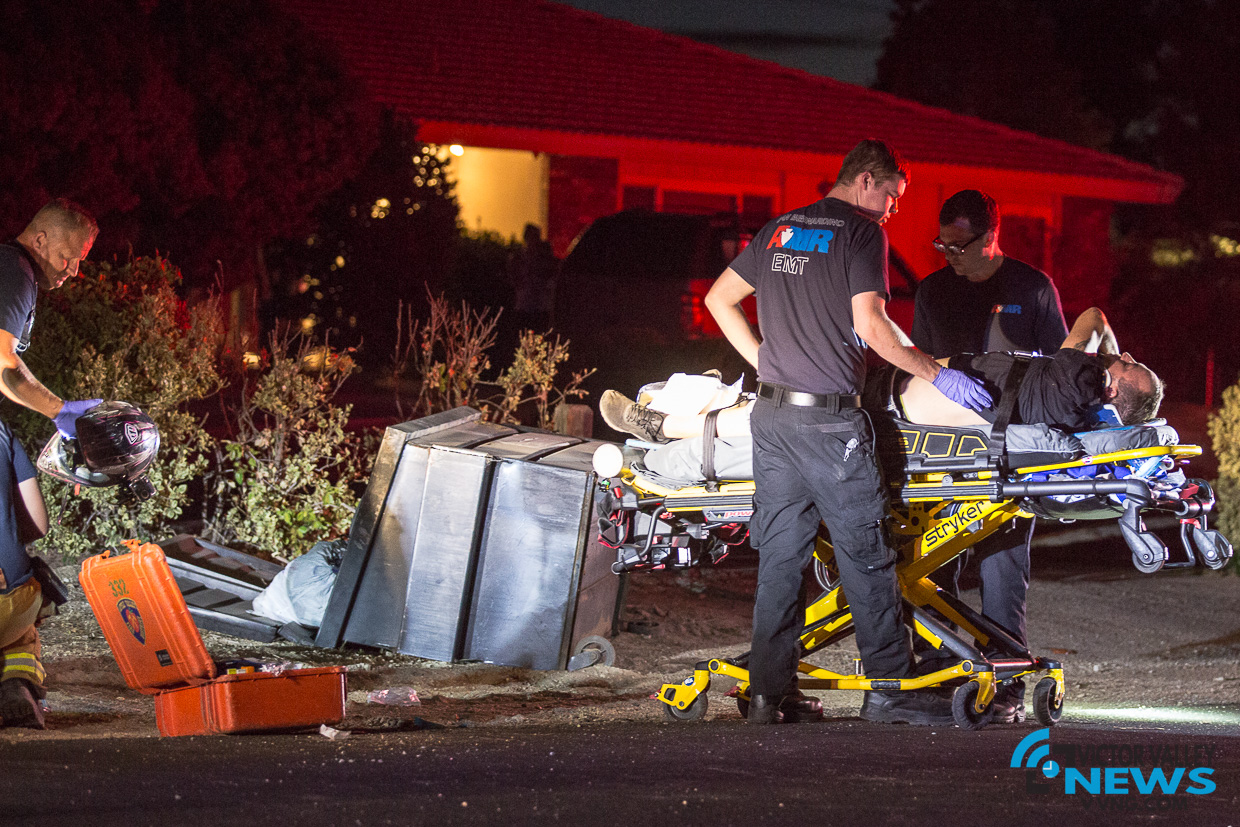 APPLE VALLEY, Calif. (VVNG.com) —  A motorcyclist was flown to a trauma center after he lost control of his bike and crashed Thursday night.

Apple Valley Sheriff’s Station Deputies responded to the scene and located the rider next to a large metal trashcan on the dirt shoulder of the road.

Several of the residents in the area heard the crash and ran to render aid. The rider was conscious and alert but was suffering from injuries to his right leg.

Firefighters with Apple Valley Fire Protection District requested a medical helicopter to airlift the male to a trauma center.

Residents who live in the area expressed concern over the number of frequent accidents that have occurred in the same area. Herman Ceniceros has lived at his home for over 30 years and said he’s had to replace his fence several times. “I’ve had cars crash, flip, and land in my front yard. One guy even had the nerve to crawl out, unscrew the license plates from the car and take off running.”

Herman and other neighbors would like to see lighted signs installed or even a speed bump to help reduce the speed of motorist who frequently use the roadway as a shortcut to reach Highway 18.

The cause of the accident remains under investigation by the Apple Valley Sheriff’s Station. 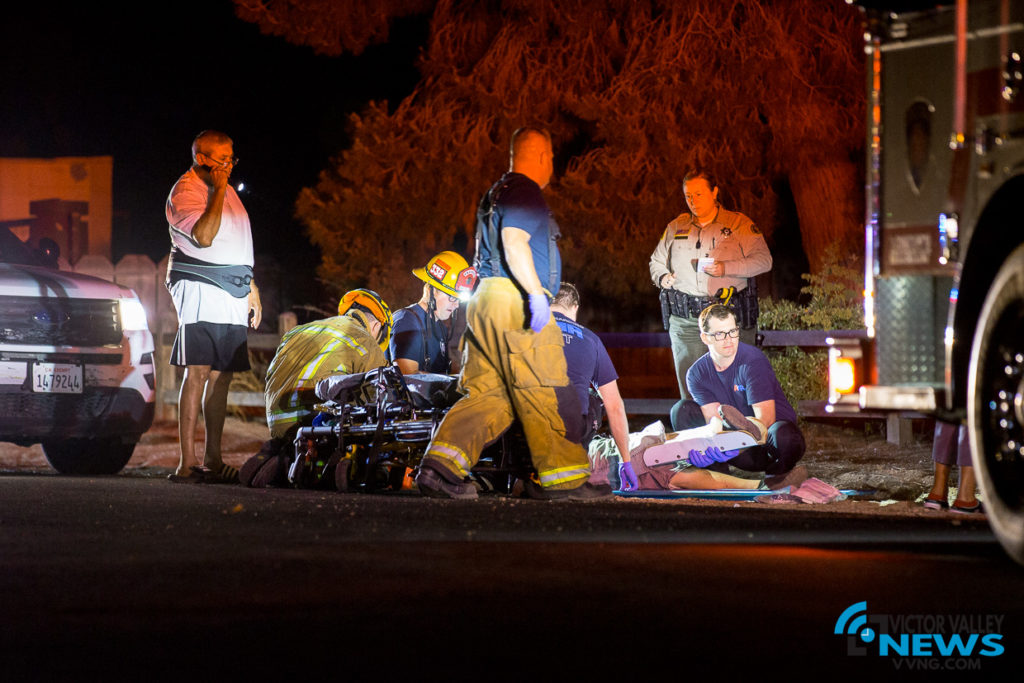 Breaking: Brush fire near the 15/215 interchange threatening homes in Devore