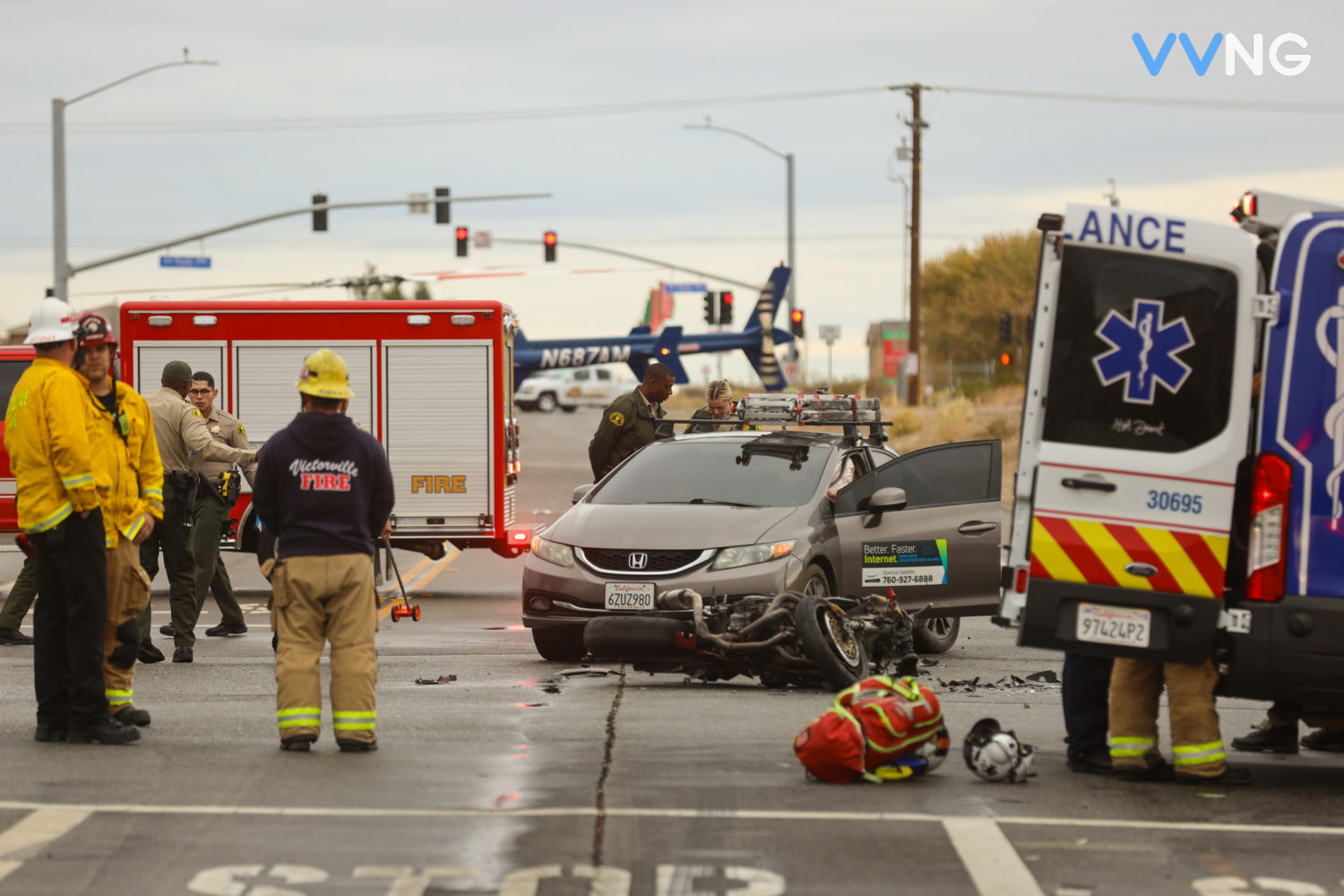 VICTORVILLE, Calif. (VVNG.com) — A Mercy Air helicopter landed on a roadway in Victorville to airlift a motorcycle rider critically injured in a crash.

It happened at about 7:45 am, on Tuesday, December 7, 2021, at the intersection of La Mesa Rd and Cantina Drive in Victorville.

Victorville City Fire responded to the incident and requested an airship to land at the scene. Mercy Air landed in the roadway just west of the crash and transported the male to Antelope Valley Hospital. The rider was alert and speaking with first responders as he was treated at the scene.

The male driver of a 2013 Honda Civic was not injured and the cause of the accident is under investigation by the Victorville Police Department.