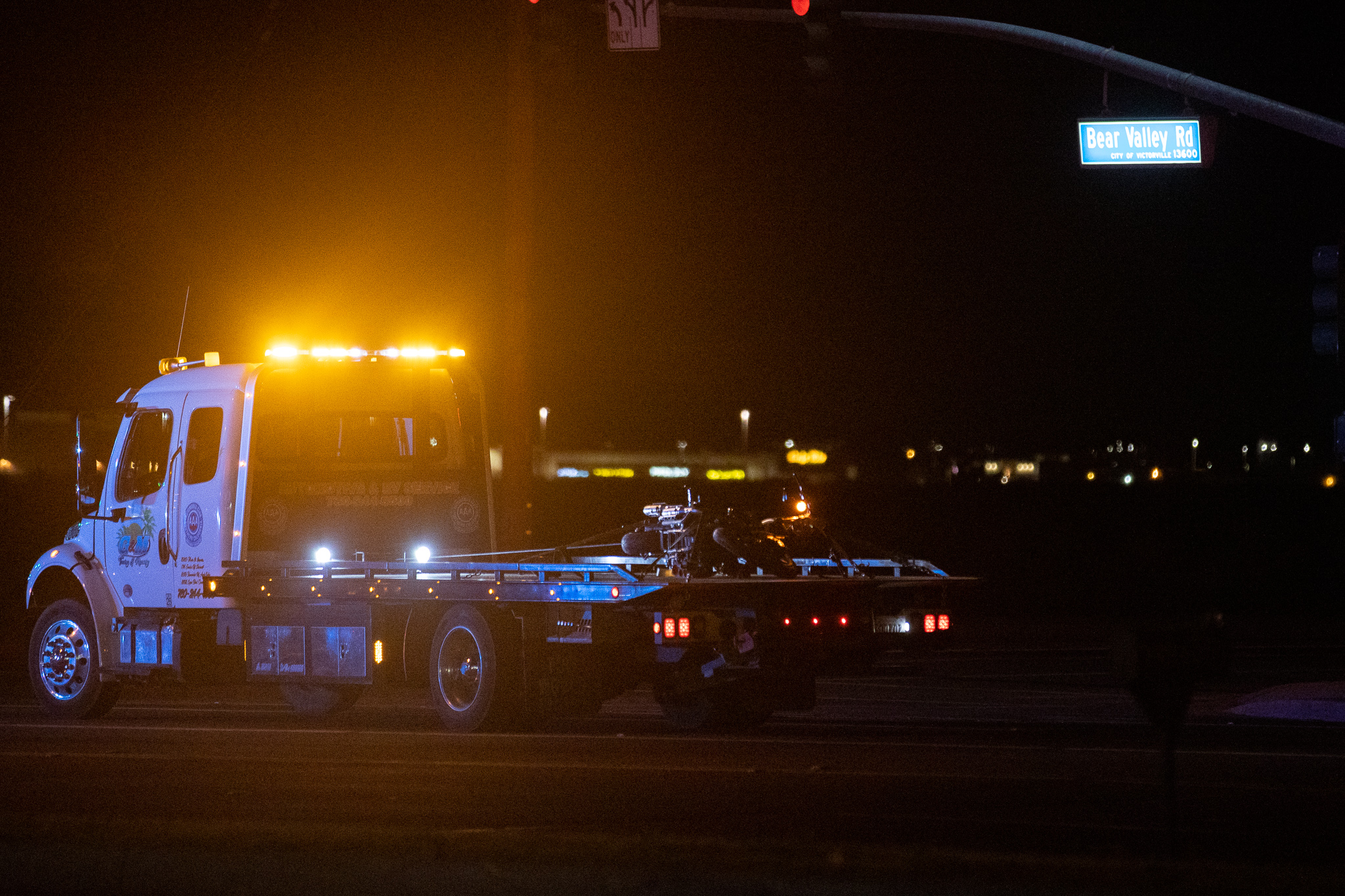 VICTORVILLE, Calif. (VVNG.com) — The Victorville Police Department is investigating a fatal crash that claimed the life of a motorcycle rider overnight.

“Upon arrival, deputies determined the motorcycle was traveling westbound on Bear Valley Road and a black BMW sedan was exiting a driveway of a business, making a left turn,” a news release stated.

The driver of the 2016 black BMW 3 did not suffer any injuries.

MAIT Investigators are continuing the investigation into the collision and the cause is currently unknown.

Approximately one block away on March 23, 2019, another motorcyclist identified as Nathan Early Bladh, 35, of Victorville, was struck and killed by a hit-and-run driver who was later caught.

Anyone with information about this investigation is asked to contact Deputy A. Ramos or Deputy J. Dean at the Victorville Police Department at (760) 241-2911 or Sheriff’s Dispatch at (760) 956-5001. Callers wishing to remain anonymous are urged to call the We-Tip Hotline at 1-800-78CRIME (27463) or you may leave information on the We-Tip website at www.wetip.com.