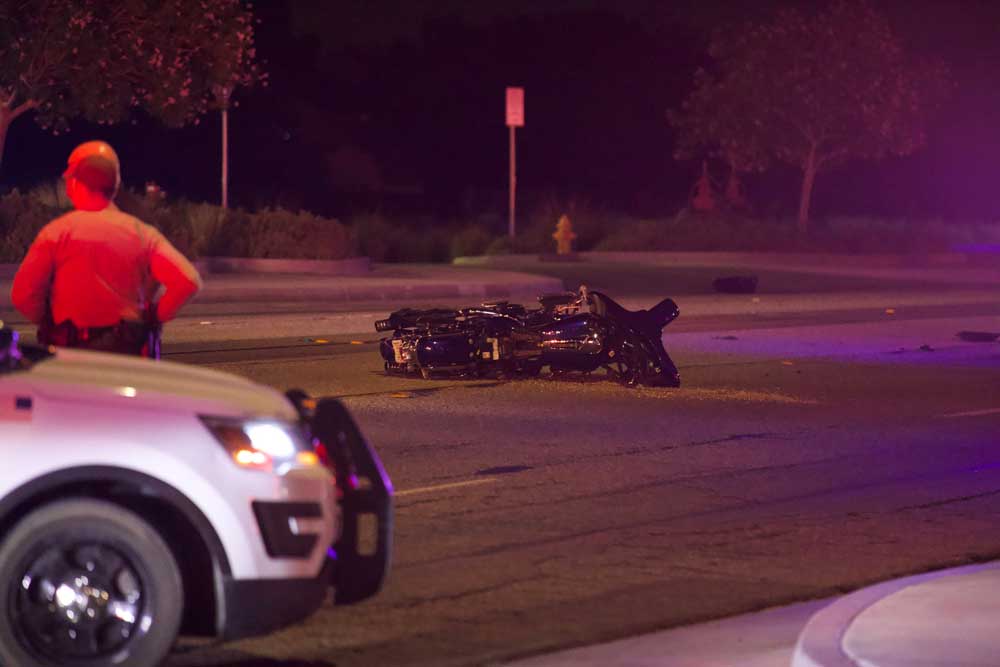 VICTORVILLE, Calif. (VVNG.com) — A motorcyclist injured in a Saturday night crash was airlifted to a trauma center.

At about 8:45 PM Victorville City Fire were dispatched to a crash involving a vehicle and a motorcycle on Amargosa Road north of Roy Rogers Drive.

Upon arrival, first responders located a blue Harley Davidson motorcycle in the northbound lanes in the roadway along with the rider.

Firefighters requested a helicopter to land at Victor Valley Global Medical Center and airlift the rider to an out of area trauma center.

The vehicle involved in the crash, a four door burgundy Saturn sedan with a damaged windshield was stopped in the southbound lanes. The female driver remained at the scene and cooperated with police. She was not injured.

The traffic on Amargosa Road was temporarily blocked in both directions while deputies investigated. Motorists were detoured through the Winco shopping center.

By 9:25 PM a two truck had arrived and was preparing to tow away the motorcycle.

The official cause of the accident is under investigation by the Victorville Police Department. Anyone with information is asked to call 760-241-2911.