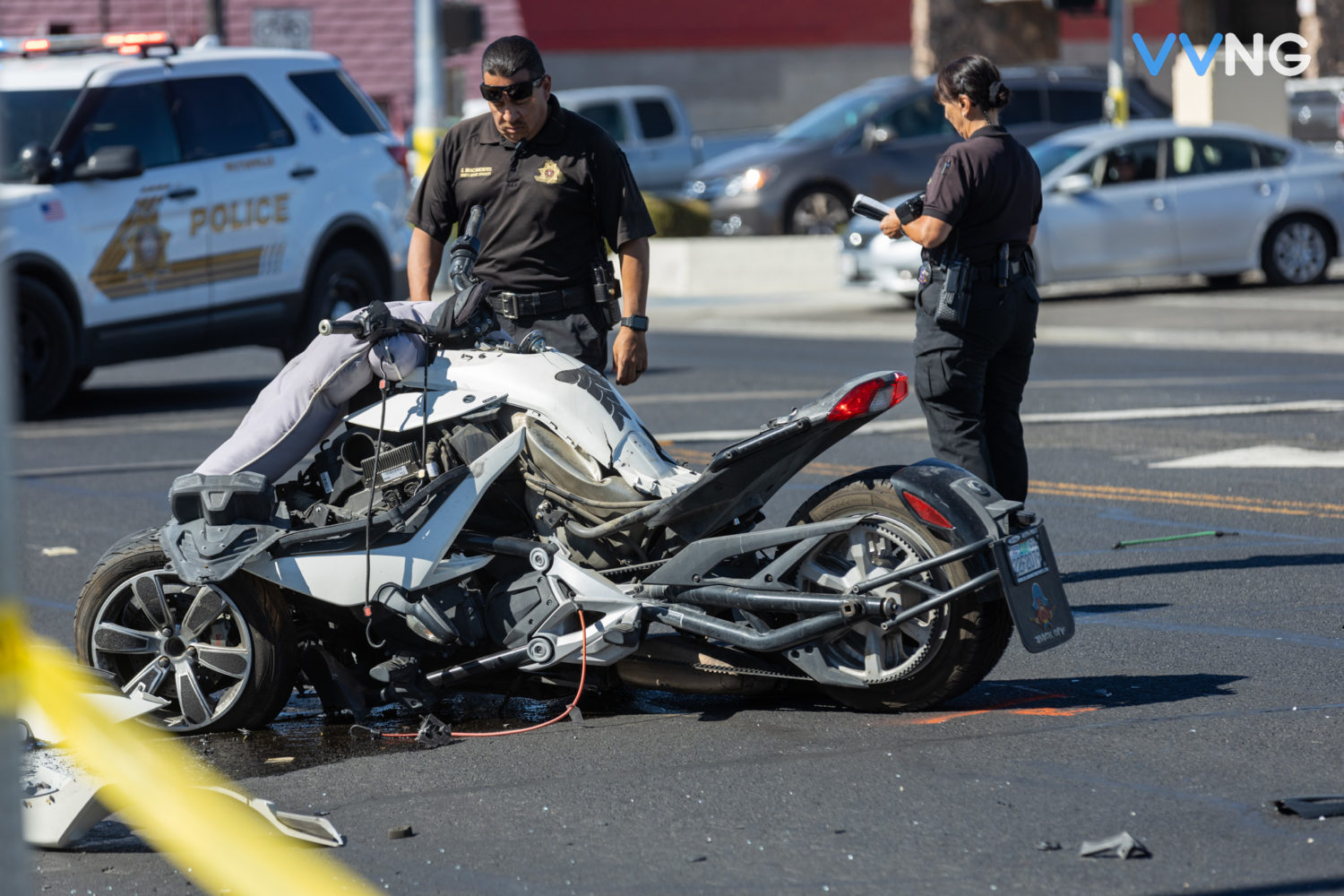 VICTORVILLE, Calif. (VVNG.com) — A rider critically injured in a Thursday morning crash in Victorville was airlifted to a trauma center.

It happened at 9:49 am, on September 30, 2021, on Seventh Street near Desert Knoll Drive. The traffic collision involved a 2015 Can-Am Spyder and a classic Mercedes Benz 300 SE.

The rider was thrown from the three-wheel motorcycle and landed several feet away. Victorville City firefighters responded to the scene and requested a helicopter to land at Victor Valley Global Medical Center.

The male was transported by AMR ambulance and airlifted by Mercy Air 22 to Arrowhead Regional Medical Center. An update on his condition was not available.

The female driver of the Mercedes told deputies she was attempting to make a left turn when the bike crashed into her. The vast majority of damage to her vehicle was on the passenger side. The woman cooperated with deputies and was not injured.

Eastbound lanes on 7th Street were temporarily blocked as deputies photographed the scene and investigated the collision. The cause of the accident is under investigation and additional information will be updated as it becomes available.