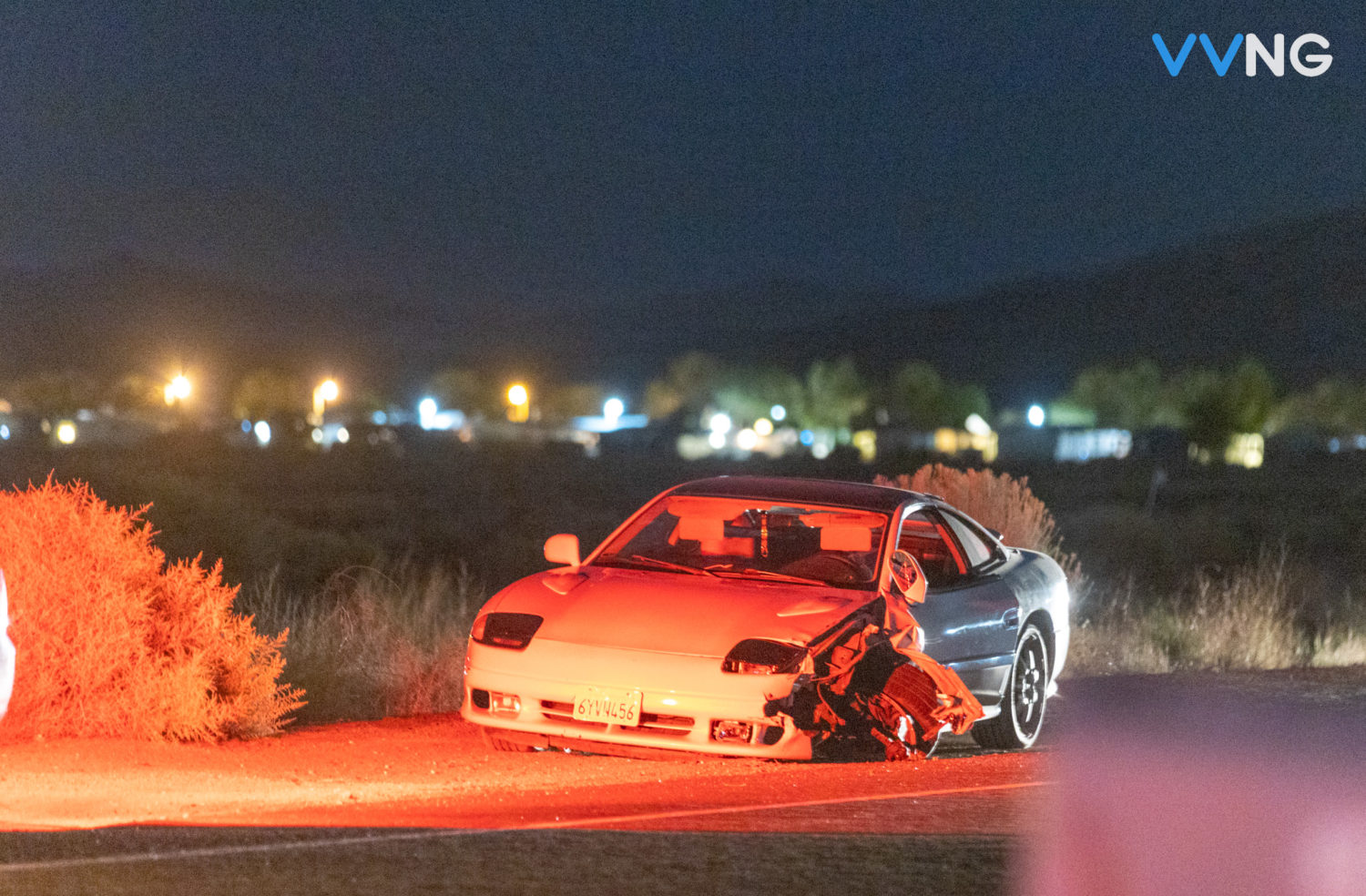 APPLE VALLEY, Calif. (VVNG.com) — A motorcyclist was airlifted after being rear-ended Tuesday night in Apple Valley.

Sheriff’s spokeswoman Jackie Alban told VVNG a motorcycle was waiting to turn into a driveway from Dale Evans and was rear-ended by another vehicle.

The vehicle involved, a white 1992 Dodge Stealth sustained extensive damage to the front driver side bumper and wheel.

Alban said the rider sustained injuries and was flown to Arrowhead Regional Medical Center but had no update on his condition.

The 16100 block of Dale Evans Parkway is two lanes and the posted speed limit is 55mph. Several homes line the east side of the roadway near the scene of the accident and there is no dedicated turning lane.