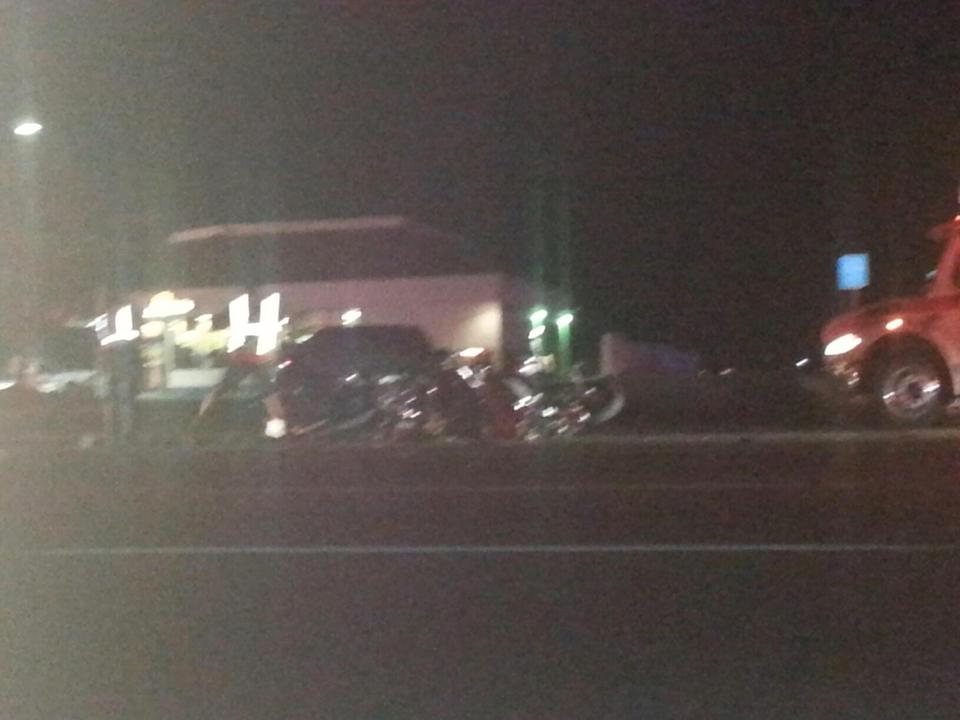 VICTORVILLE – (VVNG.com): Dispatch received calls reporting a collision involving a vehicle and motorcycle at the intersection of Bear Valley Road and Tamarisk Road at approximately 9:50 p.m., on Monday, October 20, 2014.

[googlemap src=”” align=”alignright” ]Per scanner traffic, the rider was reported to be coherent and moving around. He is described as a 58-year-old male on a red Yamaha.

An airship was requested with a designated landing zone established at the football field of Victor Valley College. The motorcyclist was airlifted to Loma Linda Medical Center with unknown injuries.

The driver of the vehicle involved is reported to be a dark-colored four-door Pontiac and was not injured.

At this time the exact cause of the accident is unknown. More information will be updated as its released.