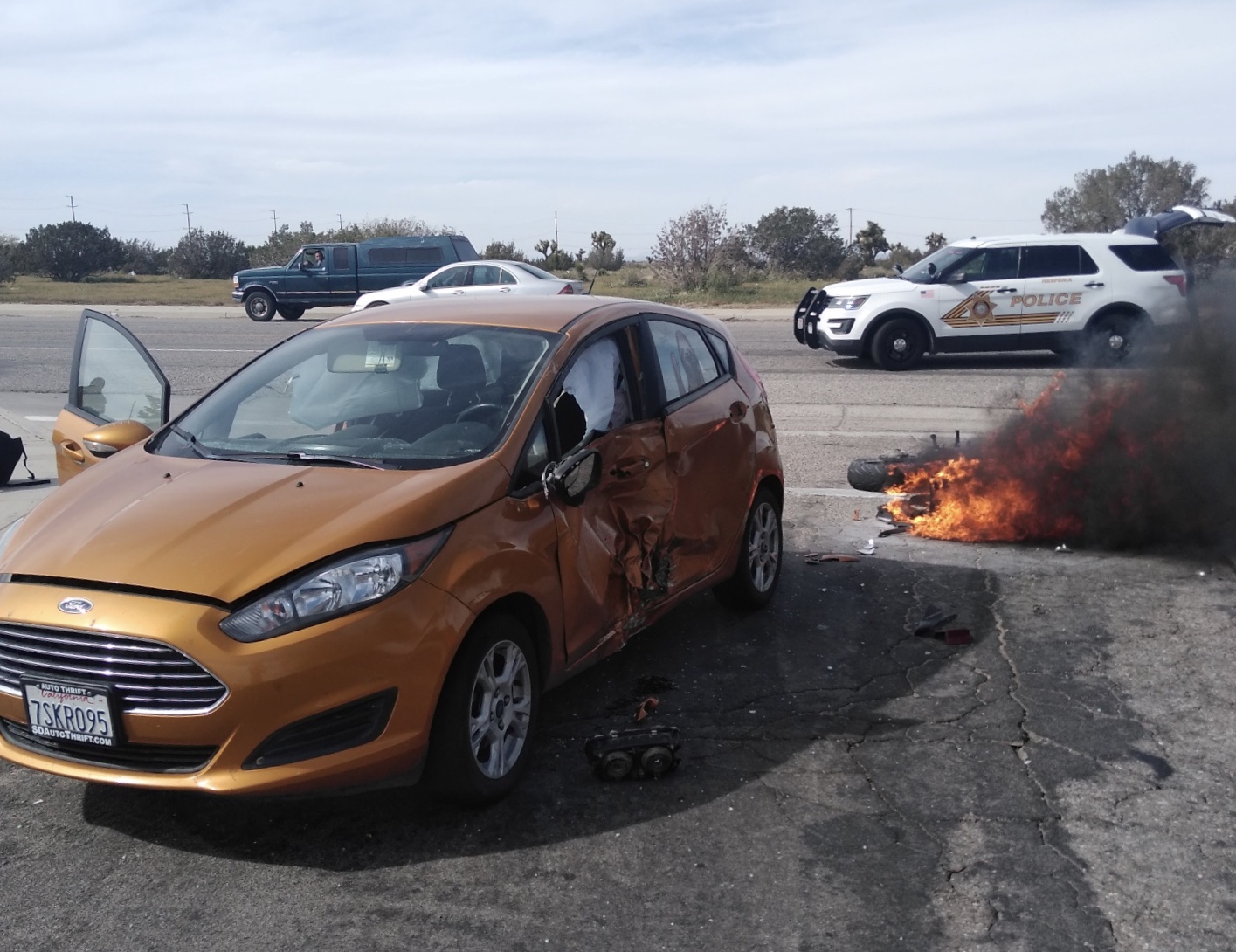 The crash was reported at about 3:40 p.m. at the intersection of Amargosa Road and Keypoint Drive, just north of Main Street in the city of Hesperia.

When emergency personnel arrived on scene they located a motorcycle fully engulfed with fire.

The rider was pulled to the curb by Good Samaritans and sustained only minor injuries, officials confirmed.

The orange sedan was turning left from westbound Amargosa onto Keypoint Drive when the crash occurred.

“We were on our way to Target to return a coffee maker, we were making a left and all of a sudden, ‘BOOM,’ the airbags deployed and we had no idea what hit us,” stated the passenger of the vehicle. “When I noticed it was a motorcycle, that became our biggest concern, making sure he was ok.”

According to several witnesses, the rider of the motorcycle was driving westbound on Amargosa Road and attempted to pass other vehicles by riding into oncoming traffic when he crashed into the driver side of the sedan.

“A car was turning, making his turn and the bike wanted to go around him and ran right into the car, he was alert. He just wanted to get up and they didn’t want him to get up,” according to a witness who gave a name of Tanya Taylor during interview with Victor Valley News.

The motorcycle rider is expected to survive his injuries.