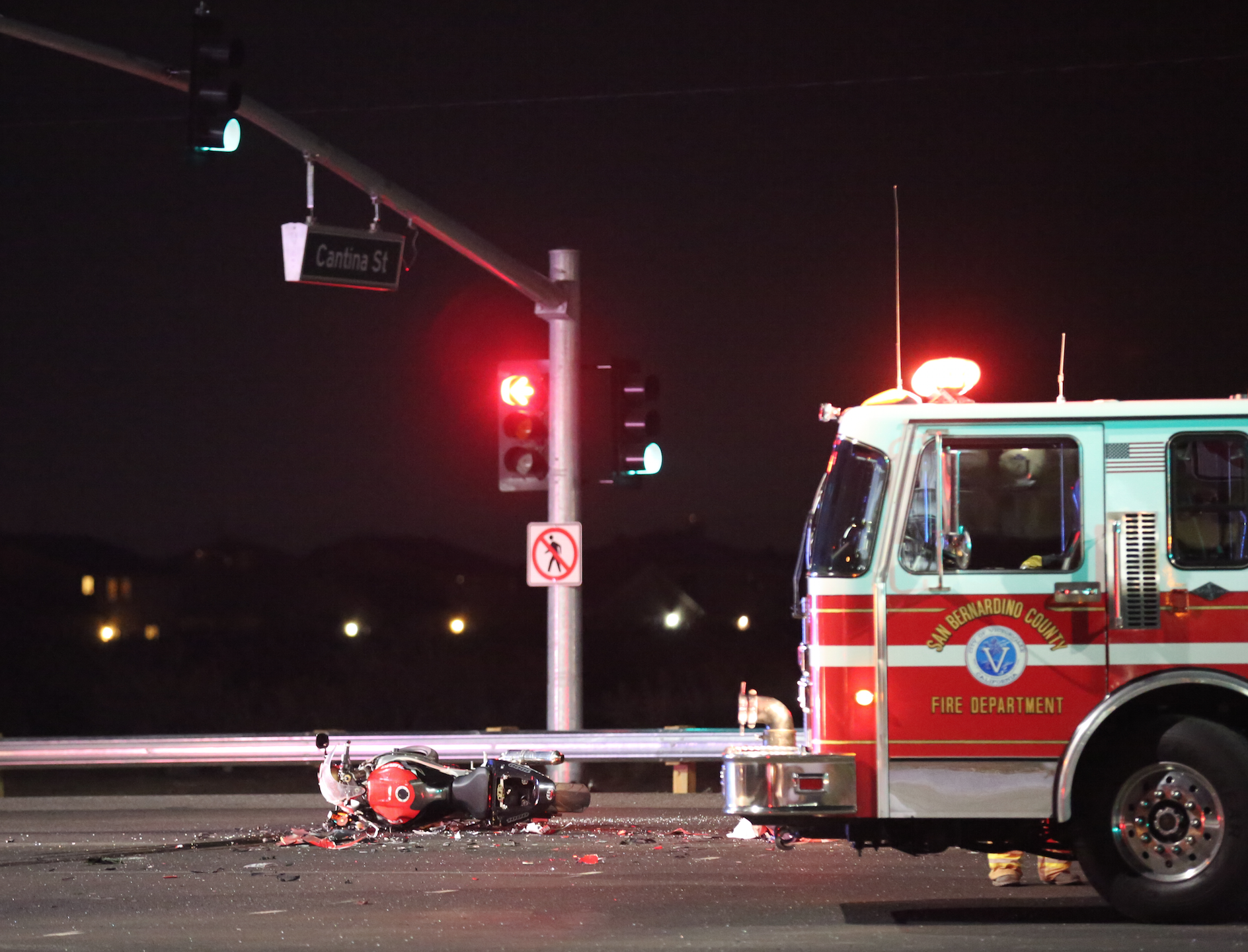 VICTORVILLE: (VVNG.com)- At approximately 12:21 am, on Wednesday, June 11th, a single fatality crash was reported between a late-model white 4-door Lexus and red with black motorcycle.

The accident occurred at the new Palmdale Road and Cantina Drive intersection, directly in front of the Crossroads at 395 shopping center entrance. The accident blocked the westbound lanes of Palmdale Road just East of Highway 395 for several hours.

Shortly after the accident bystanders stopped to assist the unresponsive male motorcycle rider by administering CPR.

Emergency vehicles were on the scene within minutes of the 9-1-1 call asking those bystanders who had not witnessed the accident taking place to leave the scene. Upon arrival emergency responders declared the motorcycle rider dead on arrival.

Traffic was closed and rerouted on Cobalt Road, sending drivers down Luna or Mojave to get to Highway 395.
The driver of the other vehicle involved in the accident was transported by ground ambulance to Victor Valley Hospital with non-life-threatening injuries.

At this time the cause of the accident is currently under investigation. The identity of the deceased will be released pending notification of next of kin.