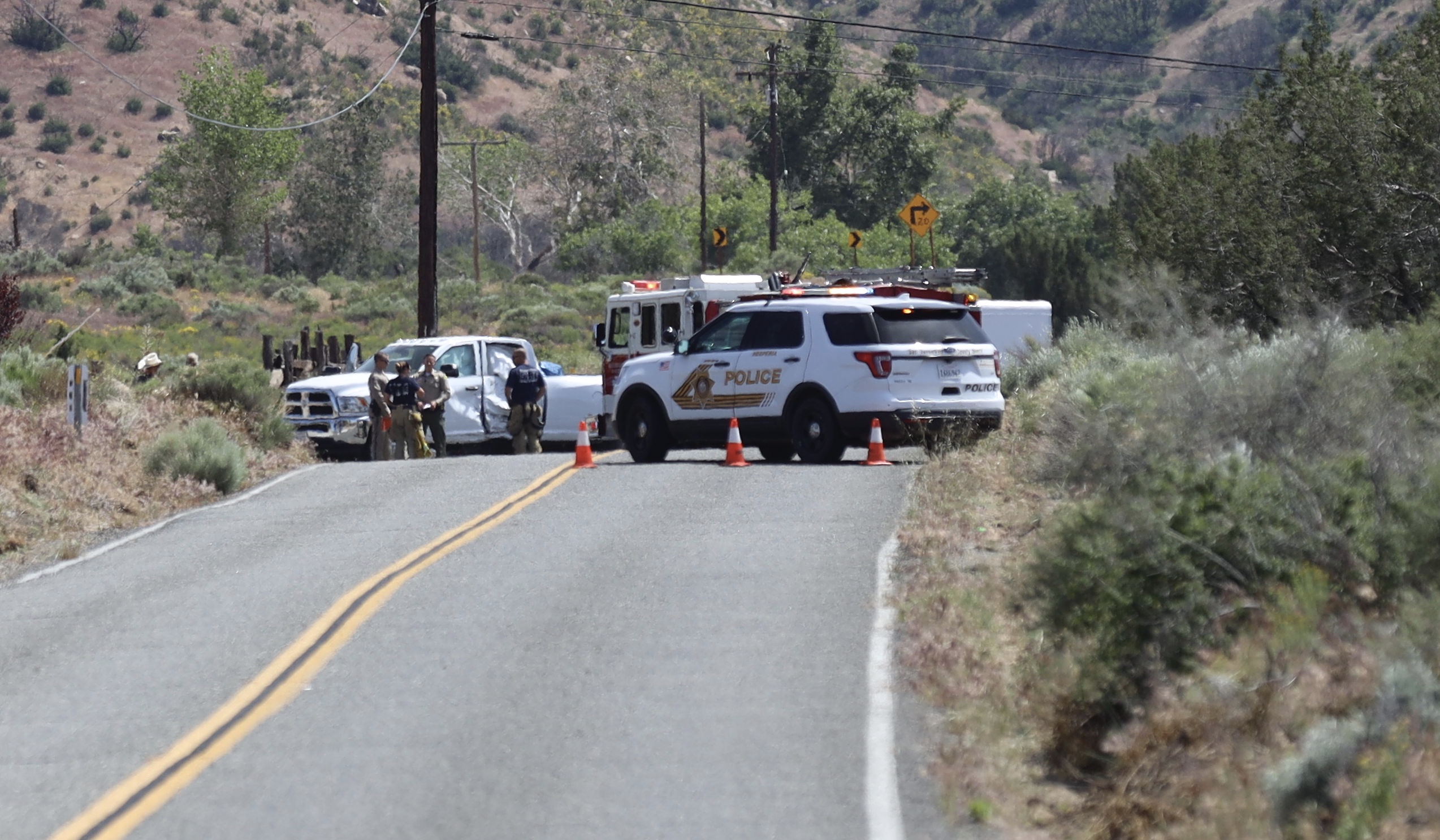 HESPERIA, Calif. (VVNG.com) — A motorcycle rider is in grave condition following a crash on State Route 173 that prompted officials to shutdown the roadway Wednesday afternoon.

It happened at about 1:48 pm, near the front entrance to the Mojave River Forks Regional Park on State Highway 173 in the unincorporated area of Hesperia.

According to California Highway Patrol Officer Michael Mumford, the crash involved a motorcycle and a truck hauling a horse trailer.

San Bernardino County Firefighters responded to the scene and requested a helicopter to airlift the rider to a trauma center. Firefighter-paramedics at the scene were performing CPR on the rider prompting them to cancel the helicopter request. The rider was rushed to a local hospital via ground ambulance.

Mumford said the motorcycle rider sustained major injuries and an update on his status was not available.

The crash is blocking both lanes of State Route 173, prompting officials to shutdown the roadway in both directions for several hours.

The cause of the crash is under investigation by the Victorville CHP office. Additional information will be updated as it becomes available.