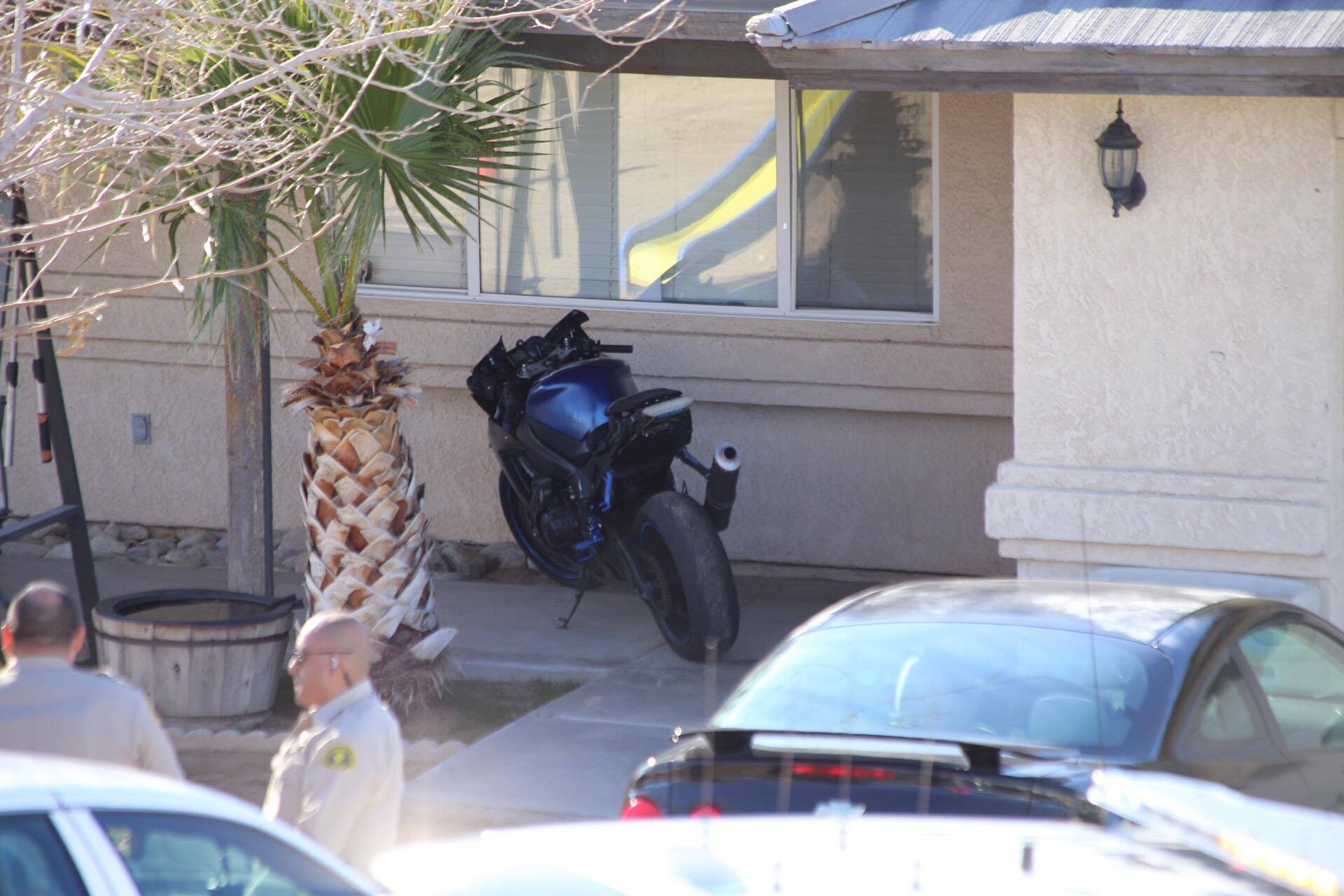 The pursuit stemmed from a failure-to-yield during a routine traffic stop that was attempted in the area of Main Street and Topaz Avenue in Hesperia.

The rider of the blue older Yamaha motorcycle entered the I-15 Freeway from Mariposa Road and traveled northbound at speeds reported to be in excess of 90 MPH,  and reportedly blew through several stops signs, per scanner traffic.

The Sheriff’s helicopter (40King) assisted deputies with the pursuit, which came to end after the rider exited Mojave Drive and headed towards a residential area.

The male rider was apprehended at gunpoint on the driveway of a Victorville home on the 16000 block of Village Drive and taken into custody, per scanner traffic.

It’s unclear if the motorcyclist had any relations to the home that he was detained at, this story is still developing and will be updated as it becomes available.

The pursuit ended with the driver being detained at gunpoint after stopping on the porch of a Victorville home. (Hugo C. Valdez, Victor Valley News)