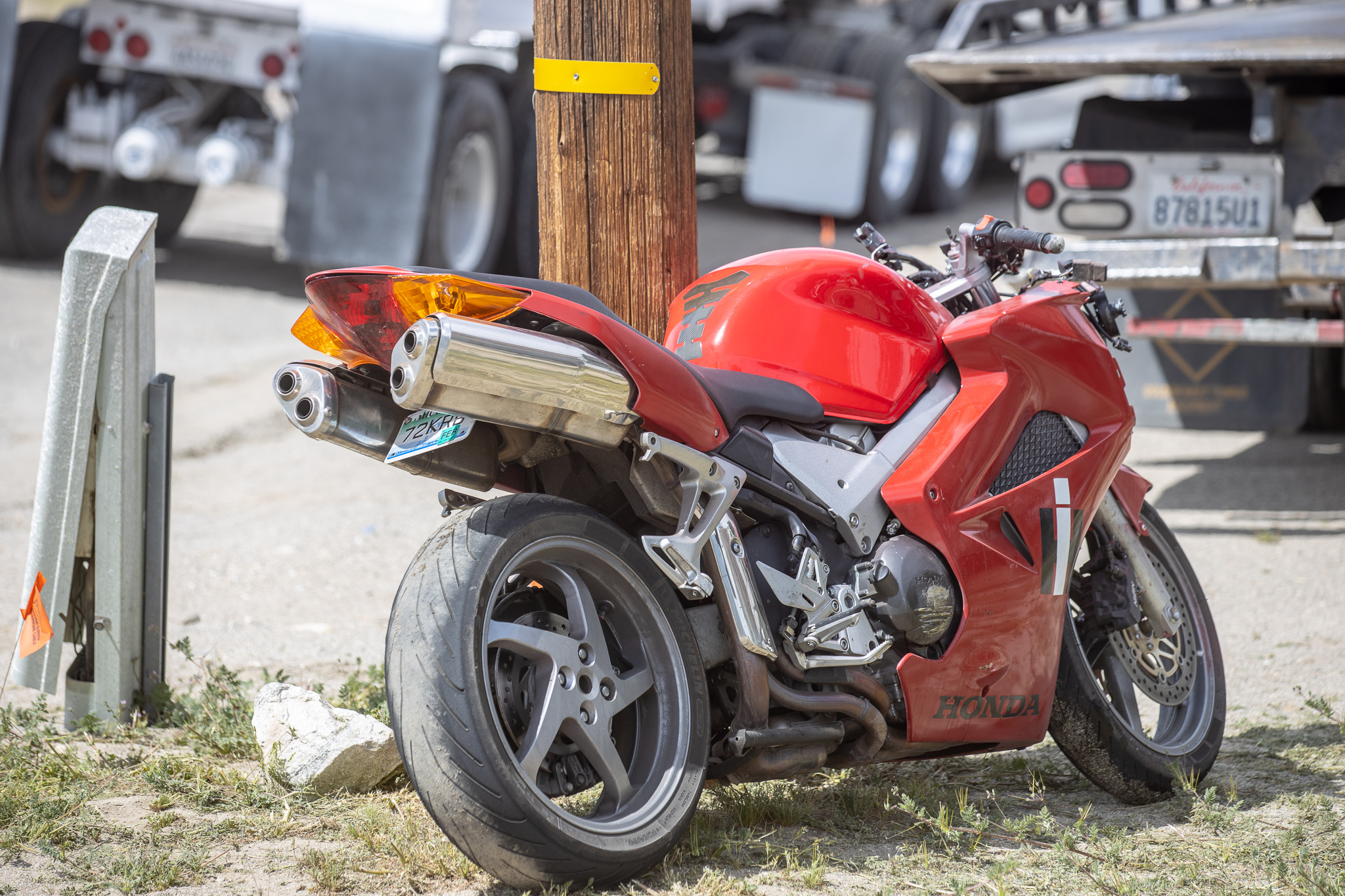 First responders arrived on scene and located the crash closer to Begonia Road and involved a red 2004 Honda VFR motorcycle and an end dump semi.

Officials shut down a portion of the road while they investigated.

“My brother was making wide turn into his driveway and there were two cars behind him,” stated the truck drivers brother, Jose.

“Other drivers said the motorcycle rider went around them as they were waiting for my brother to turn, and he struck the side of his truck,” stated Jose.

The driver was knocked unconscious for a few moments after the crash, but is expected to survive.

No further details on the rider or his injuries were immediately available.