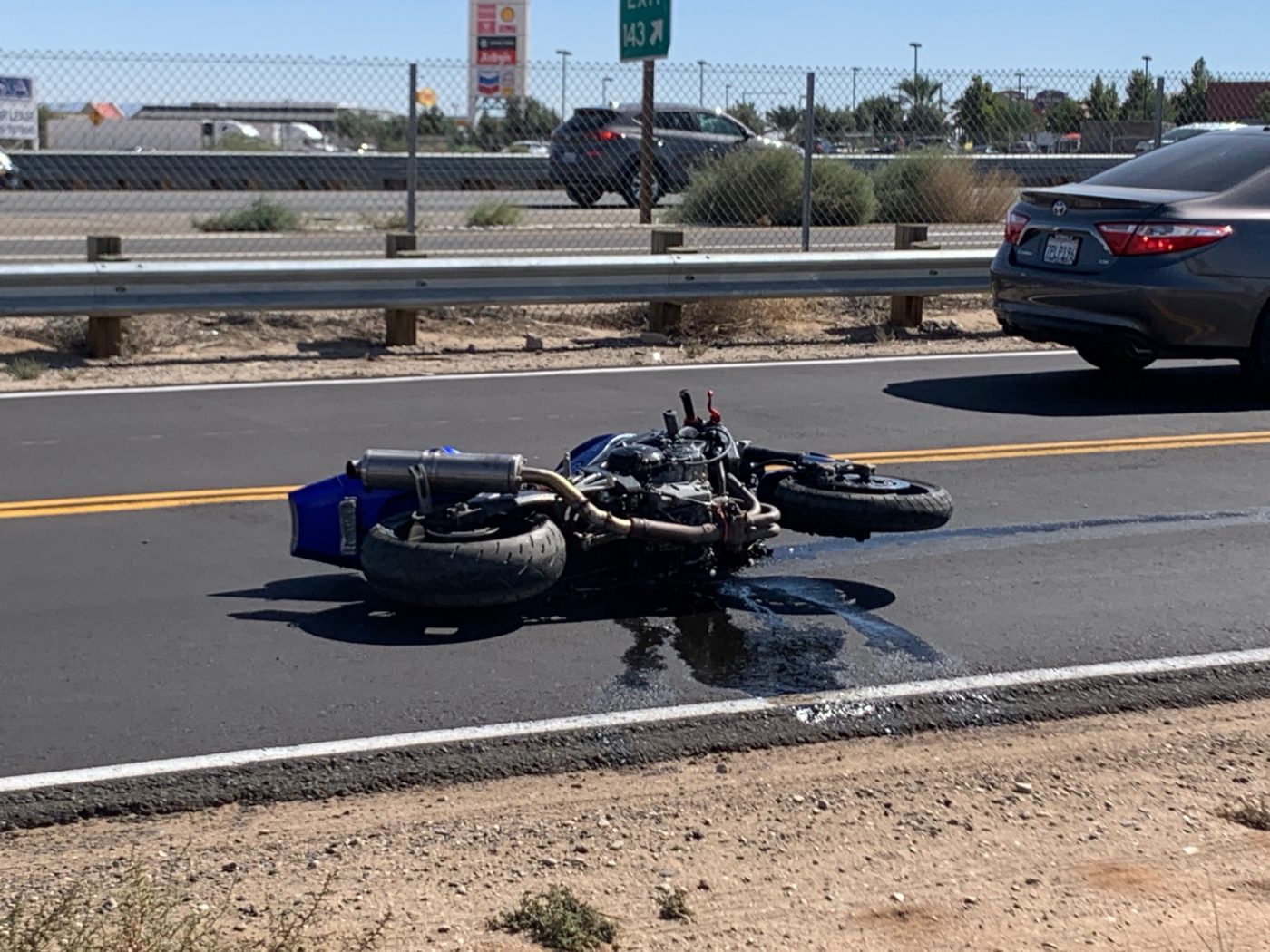 HESPERIA, Calif. (VVNG.com) – A motorcycle rider suffered critical injuries and was airlifted as a result of a crash that occurred Sunday afternoon in Hesperia.

On October 4, 2020, at 1:51 p.m, San Bernardino County Sheriff’s Deputies and fire personal were dispatched the crash on Amargosa Road about a half-mile from Key Pointe Drive.

Upon arrival, deputies located the male motorcycle rider along the east shoulder of Amargosa Road that abuts the freeway.

A witness named Sara O. told VVNG that the rider was traveling at a high rate of speed when it passed her up as she was driving northbound on Amargosa Road.

“There were two motorcycles that were riding next to each other, and that’s when one bike sped past my car and crashed into the white SUV. He came so close to my car as he passed me up at high speeds that it scared me,” stated Sara.

Preliminary reports indicated that the rider lost control around the curve and traveled into the dirt shoulder, causing him to be ejected.

After the man was ejected, the bike continued traveling on northbound Amargosa Road and collided with the side of a white SUV that was southbound on Amargosa Road.

“I was behind the white SUV when I noticed a motorcycle coming our way with no rider on it, I thought it fell off a truck or something,” stated another witness who did not provide her name.

“When we realized it was a crash, we were looking for the rider everywhere because his bike was so far away from where he landed,” stated the witness.

San Bernardino County Fire requested an airship to land near Baker’s Drive-Thru on Key Pointe Drive. The man was taken to a trauma center with life-threatening injuries.

The friend of the rider pulled over and provided details of the incident to Sheriff’s officials.

The male driver of the white SUV was not injured, and no further details were immediately available.

Related Topics:Hesperiamotorycle crash
Up Next