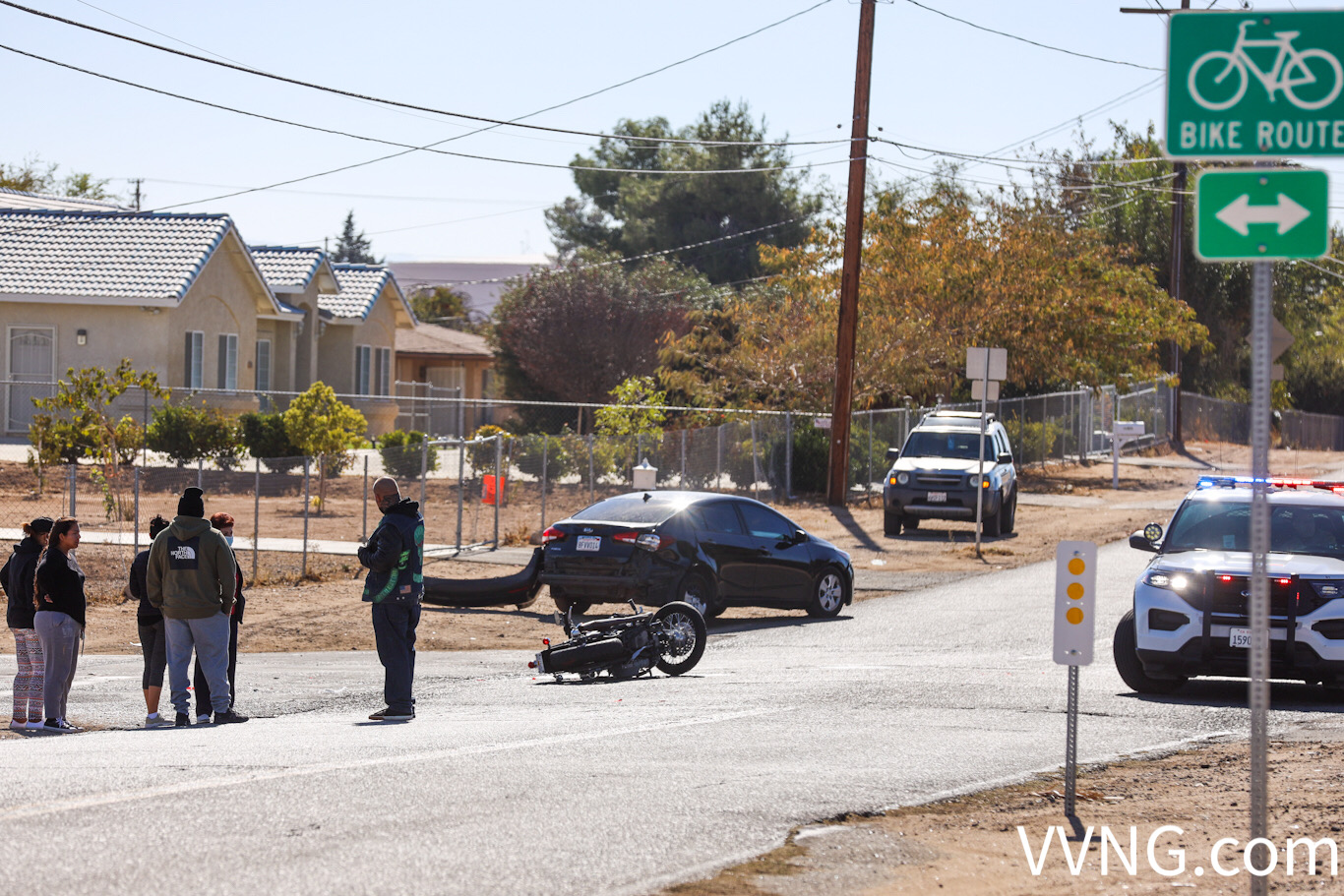 Per scanner traffic, a helicopter landed at Desert Valley Hospital to further transport the rider to Arrowhead Regional Medical Center.

The driver of the KIA was not injured.

The cause of the crash was not immediately known, however, officials shut down the roadway for an investigation.