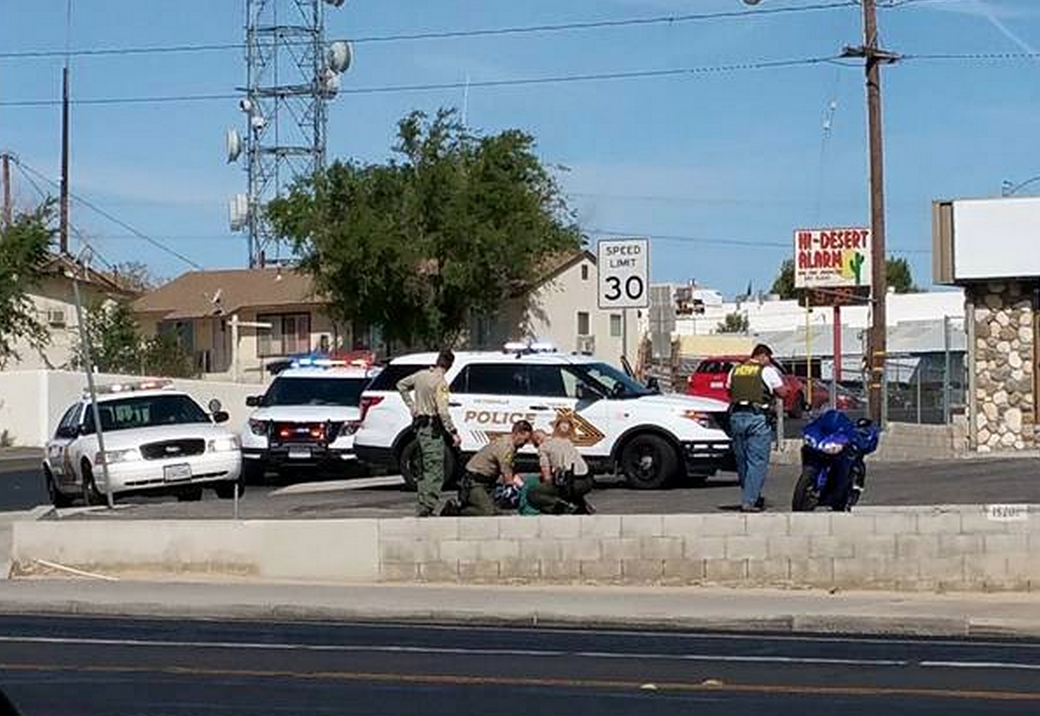 VICTORVILLE-(VVNG.com): The Wednesday morning pursuit of a motorcycle ended in the arrest of an armed male subject suspected of a recent home invasion robbery.

The pursuit of the male riding a blue street bike began on the 15 freeway northbound on Wednesday, May 13th at approximately 9:00 A.M.

The suspect exited on D street heading eastbound and continued at a high rate of speed.

Deputies from the Victorville station followed the suspect who was wearing a green helmet and black jacket.

According to Sheriff’s public information officer, Sgt. Zour, the suspect stopped on Seventh street near Mojave drive and was taken into custody.

At this time the incident is still under investigation, more information will be provided when it becomes available.

Death investigation Underway After Body is Found in Home

Video: School bus in Accident; no Children Aboard