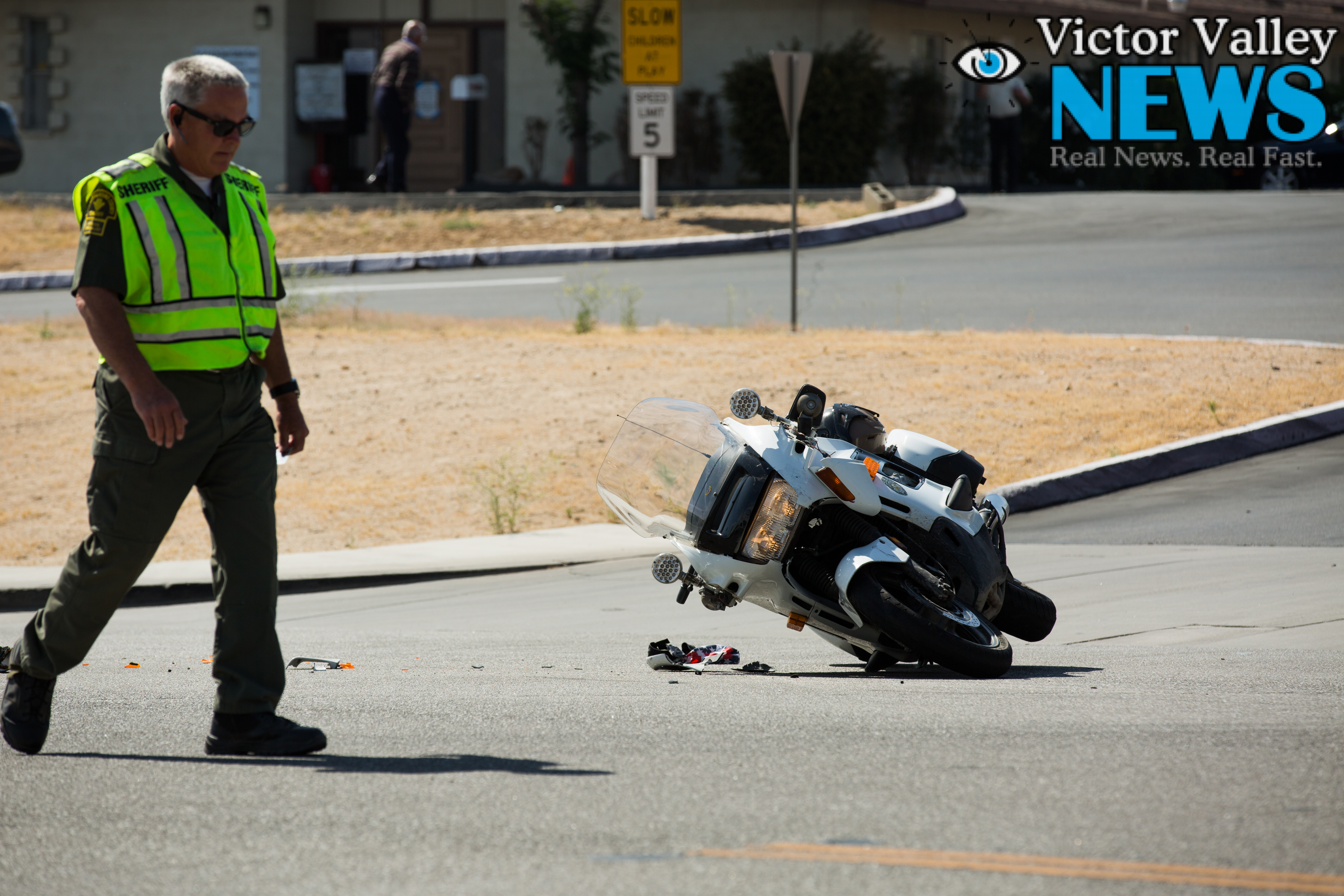 APPLE VALLEY:(VVNG.com)- One person was injured after a Lexus SUV and a motorcycle funeral escort collided on Tuesday afternoon.

According to the female driver, she was pulling out of the school on Corwin Road attempting to make a left hand turn. That’s when a funeral procession worker on a motorcycle collided into the driver’s side of her Lexus SUV. The female driver did not sustain any injuries.

According to authorities, the funeral procession worker sustained minor injuries.

Officials at Sunset Hills Mortuary have confirmed the motorcycle escort who crashed was returning from the grave service of Oscar Fuentes, the teen who recently died while cliff diving at Deep Creek.