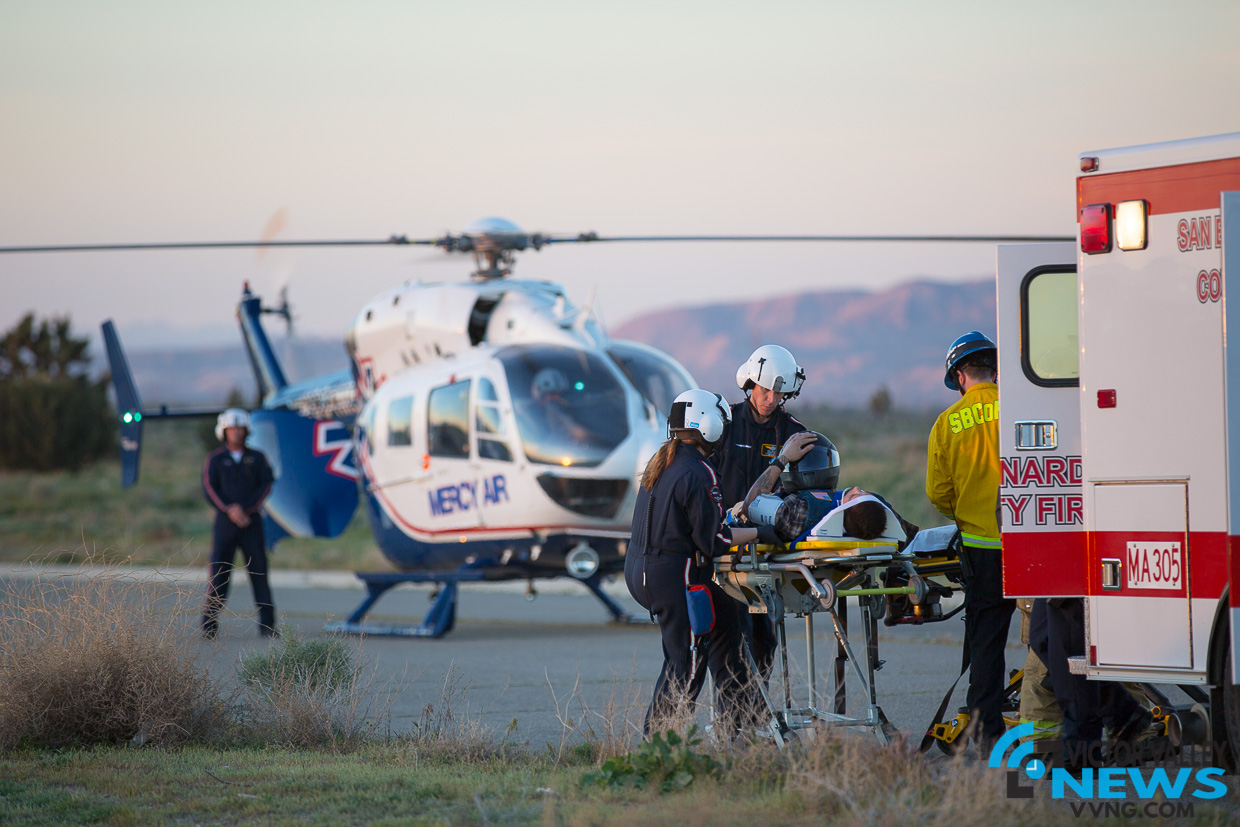 HESPERIA, Calif. (VVNG.com) A motorcyclist was airlifted to a trauma center after a crash on the southbound I-15 freeway Wednesday evening.

According to the California Highway Patrol, at the time of the collision traffic was moving between 5-15 mph due to an earlier incident on the SB-15 south of Oak Hill Road.

Frances Chalfant, a 54-year-old female from Pomona, was driving a 2012 gray Honda Accord in the no. 1 lane approximately 1/2 mile north of Joshua Street.

Jason Wallace, 30, a resident of Rancho Cucamonga, was driving a 2000 Harley Davidson motorcycle at 20-25 mph, splitting traffic between the no.1 and no.2 lanes, approaching the rear of the Honda, CHP officials said.

“For reasons still under investigation, Wallace struck the left rear of the Honda as he was passing. Wallace was ejected from the motorcycle and suffered a fractured ankle and complaint of pain to his back.”

Wallace was transported by Mercy Air ambulance to Arrowhead Regional Medical Center for the treatment of his injuries.

The no.1 and no.2 lanes were closed for approximately 30 minutes while officers conducted their investigation and cleanup of the scene.

Drugs or alcohol are not considered to be a factor in this collision.