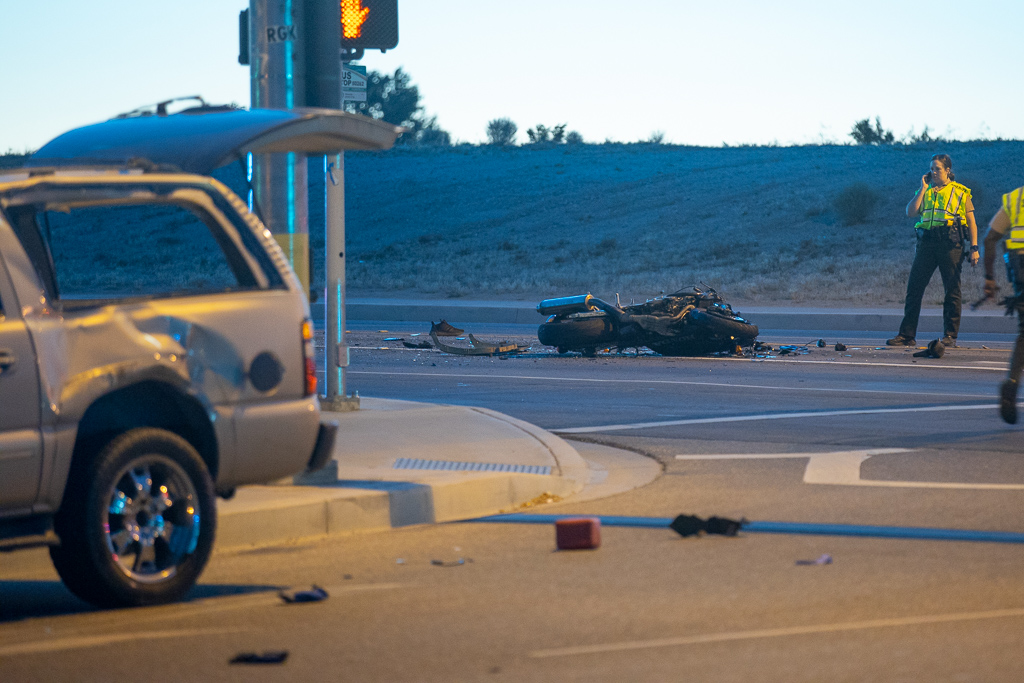 Victorville City Fire responded and requested an airship for the rider who was suffering from critical injuries.

An ambulance transported the rider to Desert Valley Hospital and subsequently airlifted to an out of area trauma center.

A Chevy SUV with rear passenger side damage involved in the accident remained at the scene.

The intersection of 7th and Nisqualli is expected to remain closed for several hours.