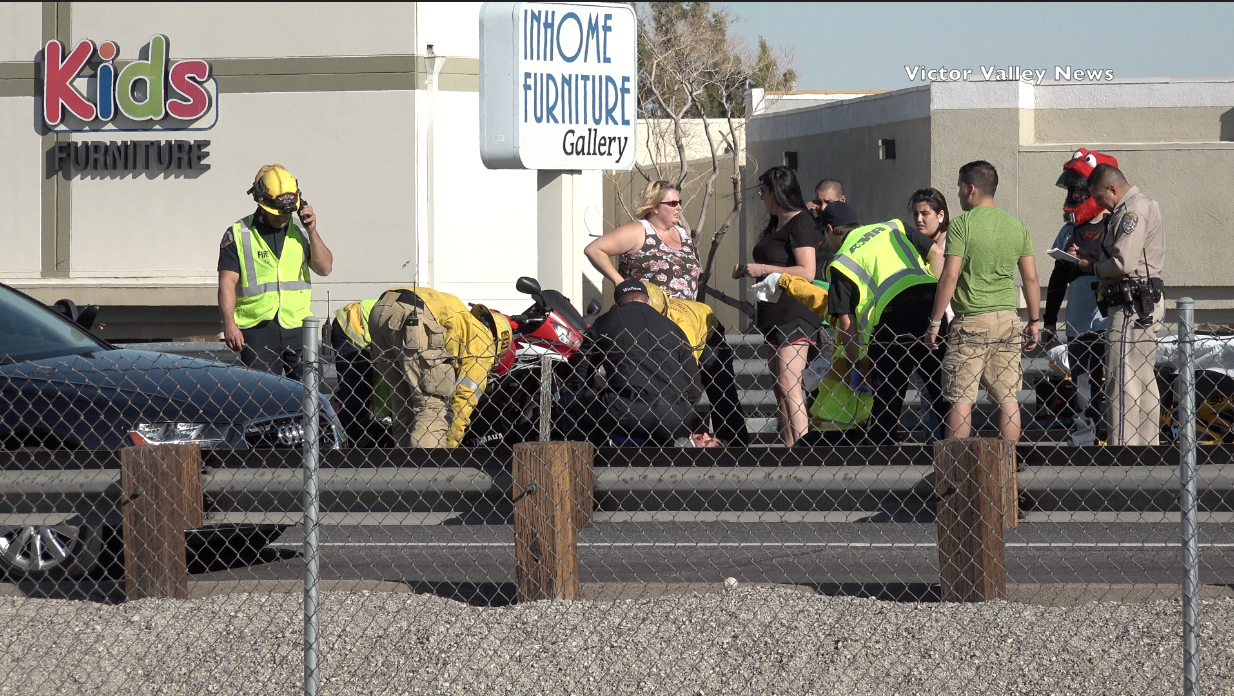 It happened at around 3:31 p.m. on the southbound I-15 Freeway, just north of Bear Valley Road. The crash occurred between a white Dodge Ram pickup truck and a blue and white Yamaha street bike.

Before first responders arrived on scene, several Good Samaritans ran to the aid of the injured rider and assisted in stopping traffic.

When CHP officers and emergency personnel arrived on scene they located the male rider lying in the middle of the southbound lanes of the 15 freeway.

It’s not immediately known how the crash happened, however, the closure of the freeway lasted about 30 minutes before it was reopened to traffic.