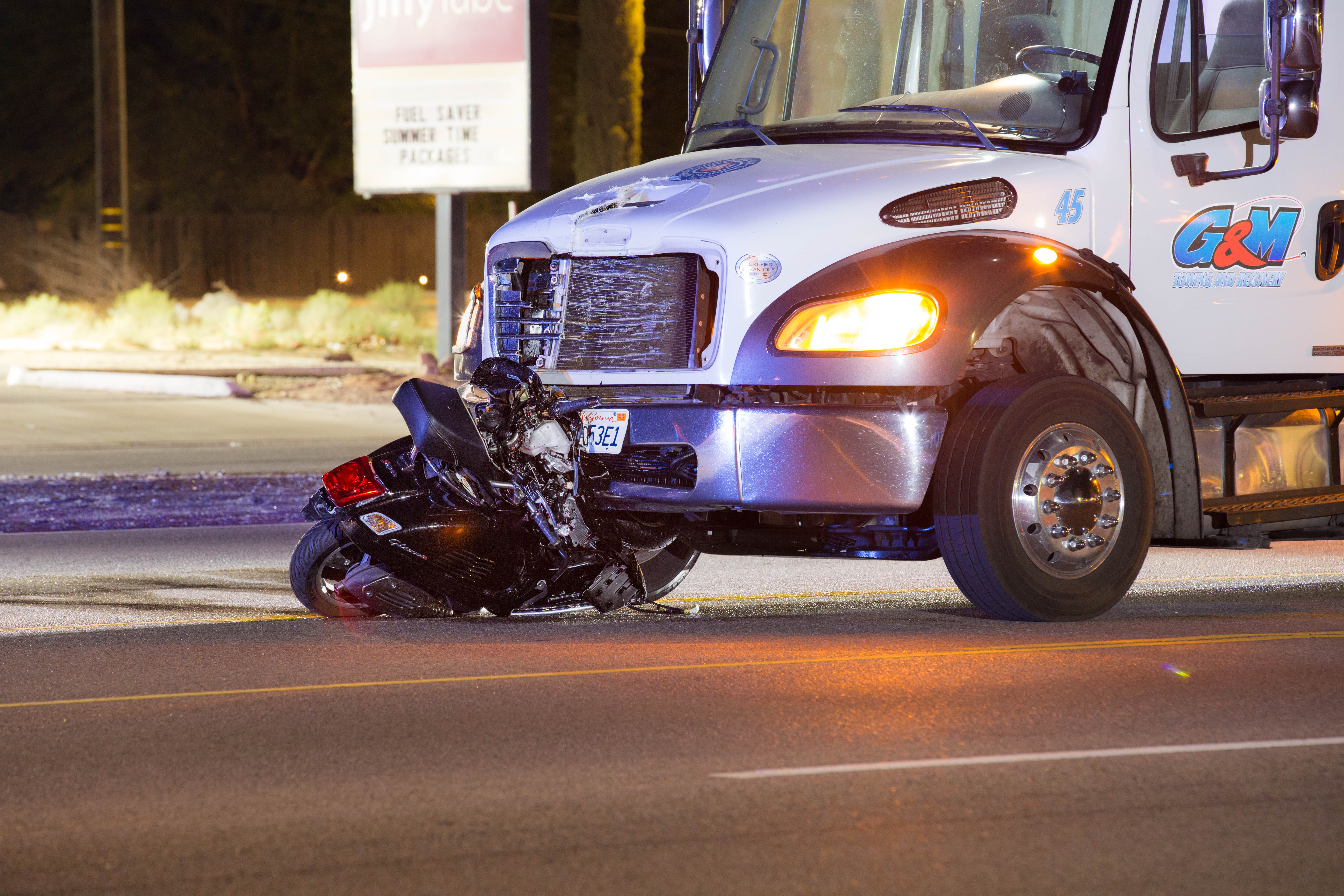 APPLE VALLEY, Calif. (VVNG.com) — A motor scooter driver was killed early Saturday morning after being involved in a crash with a tow truck.

According to Sergeant James Evans of the Apple Valley Police Department, the tow truck was traveling westbound on Bear Valley Road just west of Kiowa Road when the crash occurred.

Preliminary reports indicate the scooter driver may have been attempting to turn either on or off of Bear Valley Road from Outer Bear Valley when the crash occurred.

The driver of the Vespa was pronounced deceased on scene. The tow truck driver was uninjured and cooperated with officials.

The Sheriff’s Major Accident Investigation Team (MAIT) was requested to the scene to conduct a detailed investigation to determine the exact cause of the crash.

Sgt. Evans told Victor Valley News the man had not been identified as of 3 a.m. Saturday morning.

Bear Valley Road between Snapping Turtle and Kiowa Roads will be closed for an unknown duration for the investigation.