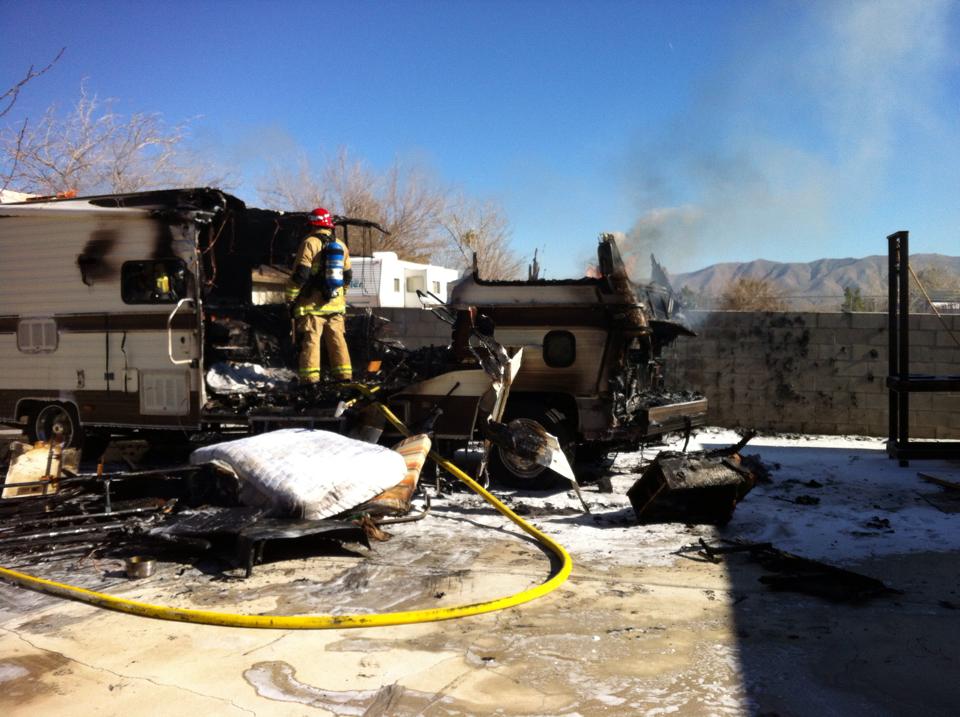 HESPERIA:(VVNG.com)- Firefighters responded to a motor home fire in the 17600 block of Smoketree Street in Hesperia on Thursday afternoon. Dispatch received calls from concerned residents reporting the black plume of smoke billowing into the clear blue sky.

Upon arrival firefighters discovered a motor home fully engulfed in flames located in the backyard of a residence.

According to the home owner Catherine Hyde McInnis, the fire slowly started in the engine compartment of the motor home. “Three fire extinguishers didn’t help and then it went ‘wosh'”, described McInnis.

Fearing the propane tank would explode several homes in the area were evacuated as a precaution.

Firefighters put out the fire by 12:40 PM and no injuries were reported in the fire. The motor home is considered to be a total loss and the official cause of the fire is currently under investigation.