HESPERIA: (VVNG.com)- The tragic accident on Mother’s Day, May 11th, leading to the heart wrenching death of a Hesperia family of five left those in the community wondering the cause. The accident occurred just as the family left home on their way to Disneyland, where they planned on celebrating the daughter’s 5th birthday. The family was just about a mile away  from their Hesperia home, when the accident occurred at the intersection of Balsam Avenue and Main Street. The horrific accident took the lives of two adults and three children. The accident victims were later identified as, Gerardo Jimenez,  Angela “Angie” Garcia, 25,  9-year-old Freddy, 4 year-old Cynthia, and 2-year-old Ivan

On the day of the accident, Sgt. Hubbard explained, “we do believe at this time that the Honda car was traveling south on Balsam. Had stopped at the stop sign to that intersects with Main Street and then for unknown reasons the white delivery van who was traveling eastbound on Main Street crossed over into the westbound lanes up onto the sidewalk and then the collision occurred at that intersection of Main and Balsam.”

On June 23rd, the Hesperia Station MAIT investigators released information regarding the cause of the accident. The lab results from blood samples taken from Joshua Smith, the uninjured driver of the van came back with identifiable quantities of narcotics in his system at the time of the collision. The amount detected was considered to be consistent  that of a prescribed medication and investigators believe that Smith lost consciousness temporarily just prior to veering off the road causing the deadly accident.

Investigators are lead to believe that the cause of the collision was Smith’s operation of his vehicle while under the influence of a controlled substance. The report has been submitted to the San Bernardino County District Attorney’s Office for review with those findings. The District Attorney’s office will determine if charges will be filed against Smith based on the investigation and toxicology reports obtained by investigators. 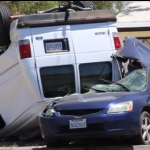 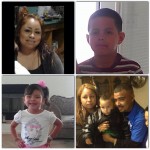 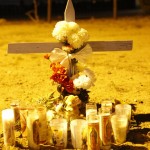