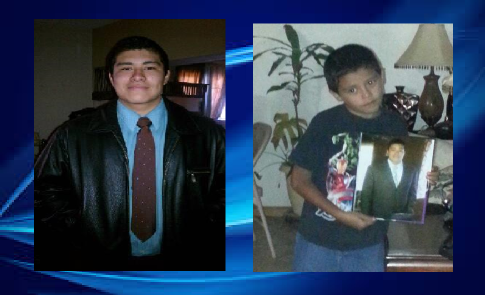 HESPERIA – (VVNG.com)- Over a year had passed since the horrific hit and run accident on July 1st, 2013, that killed 17-year-old Daniel Sanchez on that 1:25 a.m., bike ride with his female friend. Time has passed yet the wounds are fresh for his mother, Rocio Sanchez. On October 6th, it would have marked the 19th birthday for this young man who had what family believe to have been a promising future.

The friends were each riding a bicycle, side by side, on their way to a restaurant on Main Street near Escondido. According to his friend, Valeria Rodriguez, who was riding with him at the time, the white pick up approached the two from behind. Rodriguez recalled Sanchez telling her to switch sides with him placing her out of harms way near the pavement, while he was closest to the traffic. Just before being hit he told her a car was coming and urged her to move more inside just moments before he was hit.

The driver hit Sanchez and did not stop. Sanchez suffered severe head injuries and was airlifted to Arrowhead Regional Medical Center in Colton, where he went into a coma. He suffered from brain swelling and multiple skull fractures requiring surgery.

Even after time has passed the family has no leads and still, the driver who hit their son leaving him lying in the street is a free man or woman. The young man, who attempted to protect his friend, the teen many that so many had great things to say about him, succumbed to his injuries while on life support the following day.

Sanchez, the oldest of seven children being raised by their single mother is missed by not only her, but his six younger siblings that adored him. “I don’t want hit and run victims to be forgotten, I need help I have no leads he is my son and yet I have no answers.” pleaded Sanchez.

Anyone with information on the case is asked to call the Hesperia Police Department at (760) 947-1500 or if you would like to remain anonymous 1-800-78-CRIME. There is also a page she has created to help get the word out and keep the community aware of this horrific crime that took the life of her son. Sanchez has asked the community to follow their Facebook page called  Justice for Daniel Sanchez.