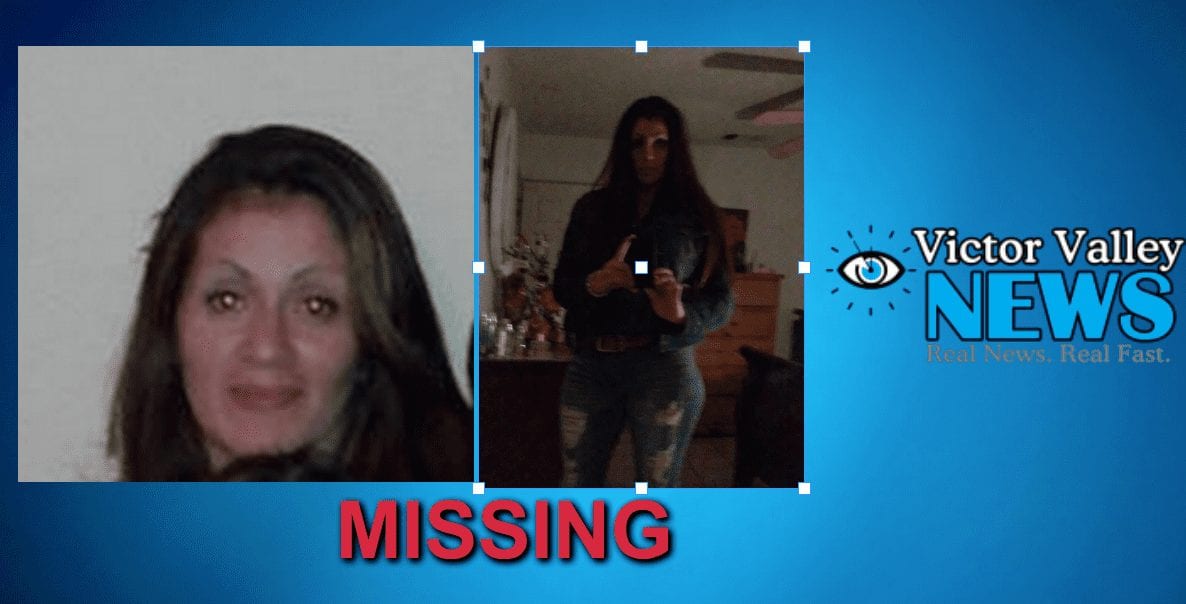 VICTORVILLE-(VVNG.com): A mother is considered missing following the discovery of her six-year-old child who was found alone at a home on the 15800 block of Tawny Ridge Road in Victorville at approximately 8:32 p.m., on Monday, June 15th.

According to family members, they visited the home earlier in the afternoon hoping to pick up the children and spend some time with them. When they arrived, it appeared no one was there and they left.

Authorities say the 6-year-old boy was left with neighbors, but there was no way to contact his mother who was reported to be gone since Saturday, June 13th.

When family members saw the post on the Victor Valley News Facebook group describing the incident, they rushed back over to the home to find the six year-old boy. The child told them that he went to the neighbor’s home to take a shower.

The home in which the child, his mother, and three other children resided, was determined to be uninhabitable due to no running water. The six year-old boy was taken into custody by Children and Family Services where he remains at this time. The other children were believed to be with their father at the time of the incident.

The family said the child’s mother, Claudia Rivera, was last seen at the Vallarta grocery store on Mariposa Road on Wednesday, June 10, at approximately 12:00 p.m. Roommates of Rivera said she was arrested; however, others reported seeing her at her place of employment, Empire Strip Club, in Adelanto on Saturday night.

The last her family heard from her was from a cryptic Facebook message received on Monday. They have been unable to verify it was sent by her. The family is now concerned that Rivera may be in trouble, hurt, or needing help due to past decisions she has made.

The family is asking for the public’s help in locating 39 year-old Claudia Rivera. She is described as 5’7” tall, 180 pounds, light complexion, thin tattooed eyebrows, reddish-brown hair, brown eyes, and a heart tattoo on her ankle. If anyone knows the whereabouts of Rivera they are urged to call the Victorville police department at (760)241-2911.