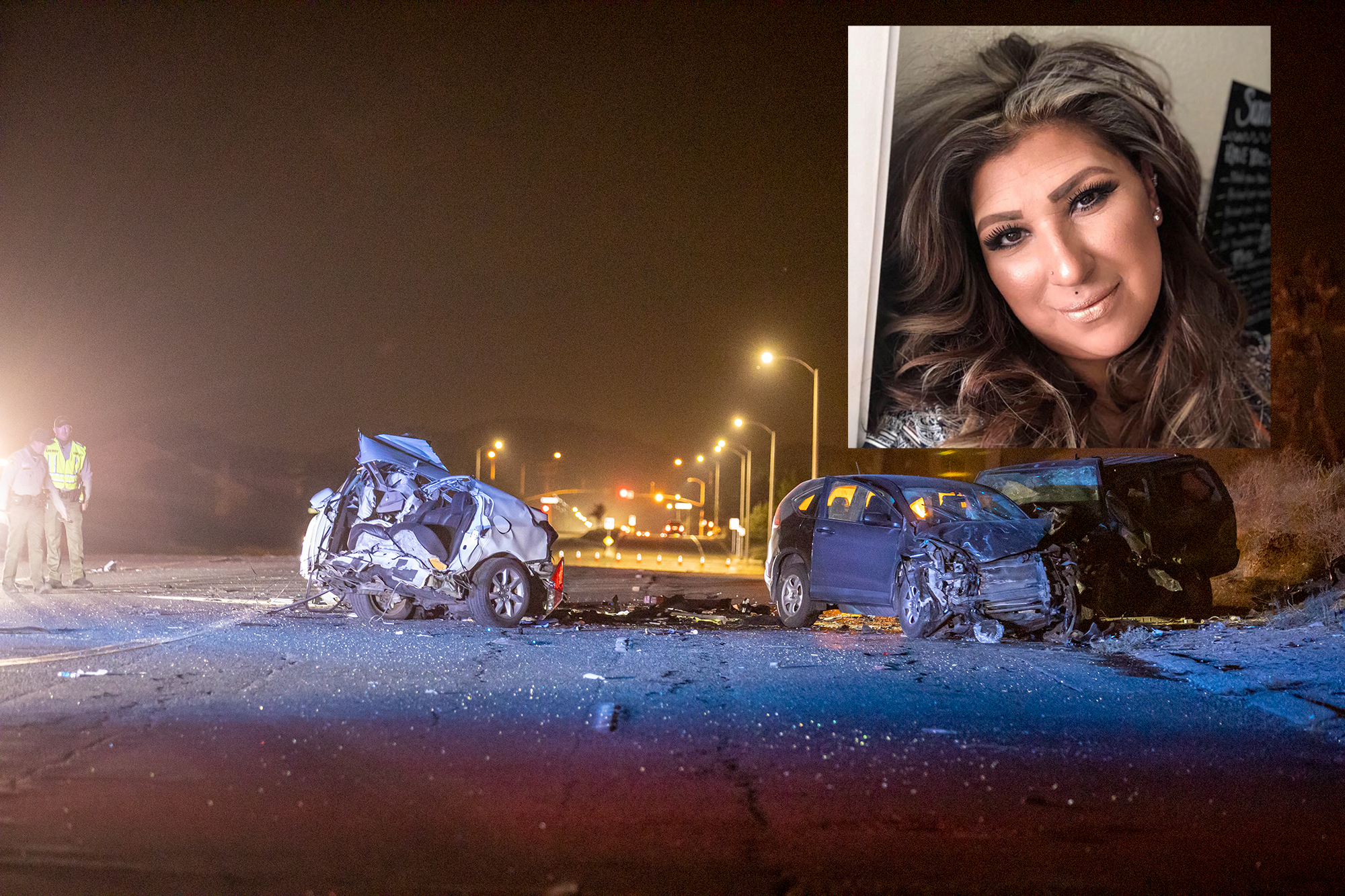 HESPERIA, Calif. (VVNG.com) — A woman killed in a double fatal crash in Hesperia has been identified by family and friends as Darla Soto-Vargas, a resident of the Victor Valley.

Soto-Vargas was an occupant of a GMC Yukon involved in a collision with two other vehicles on Friday, August 14th, 2020, at 8:41 p.m., on Escondido Avenue near the intersection of Sultana Street.

She was pronounced deceased on scene, and her husband and daughter who were also in the vehicle, were extricated from the crash and airlifted to trauma centers with extensive injuries, VVNG previously reported.

A GoFundMe account created for Darla by a family friend raised $8,740 in eight hours by 124 people.

“My sister’s best friend Darla was killed in a horrific accident by a car speeding over 80 miles an hour!,” Perez wrote on the GoFundMe website.

“Her Husband Thomas Vargas, my brother-in-law’s best friend for many years, is fighting for his life at Loma Linda Hospital.  My sister’s God Daughter, my sweet little silly Lilah, is hospitalized and going through surgery after surgery,” Perez updated.

Soto-Vargas leaves behind a large family, which includes 5 children, ( Thomas, Dominic, Lilah, Isaac, and Joshua), her mother Irene and father Sabino, three brothers, and two sisters, according to the fundraiser account.

“Thank you all for everything and anything you can do to make this devastating situation just a bit easier to bear,” Perez stated.

The Hesperia Police Department has not released any information regarding the cause of the crash, and the San Bernardino County Coroner has not released the name of the man killed in the Acura.

To contribute funds to the fundraiser, please visit: https://www.gofundme.com/f/darla039s-world